Before even knowing what the game was about, Kingdom: New Lands caught my attention with its superb art style. It is a beautifully crafted game, as you can see and a delight to experience. From the minimalistic characters to the uncharted landscapes, everything from the game has its own subtle style, giving you the feeling that you are exploring a vibrant – and living – island. Despite the great first impression, I wasn’t expecting that this subtleness of design would be present for the entire game. It is. And it’s good.

Kingdom: New Lands’ premise is very simple. You control a king (or queen) that has just arrived on a new island and your objective is to establish a new kingdom there. Aside from the first moments of the game (in which the ghost of the past ruler guides you to build the first camp for your people), it is up to the player to figure out how to best develop your kingdom in order to face the many perils that come at night. 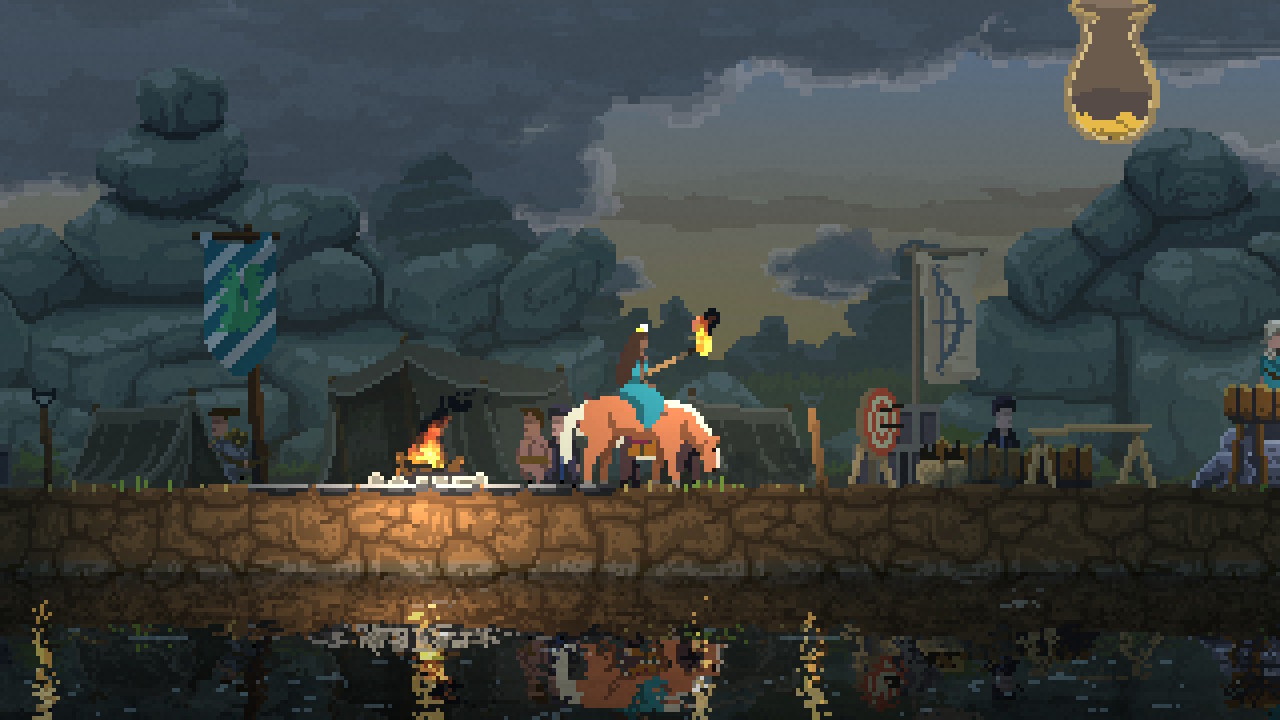 You control the monarch in a simple 2D manner. Using a horse, you can choose to simply walk through the scenarios or you can also hold the ZR button to pick up speed. Your horse has a hidden stamina bar, though, so you can’t keep up running indefinitely. Nevertheless, this is not a 2D platform game. These mechanics are not the focus, being just the way you get from place to place. Kingdom: New Lands’s main meat and potatoes reside on a currency system and in the kingdom management itself.

All you have at your disposal is a little bag in which you can store coins. You learn fast that a ruler without money is nothing and most of the things within the game will ask a certain amount of coins. So, stray people will become loyal to you for a coin. To make them useful, then, you’ll need to create a tool, such as a hammer (and make them builders) or a bow (to make them archers). Each of these things is done in a certain building in your kingdom by dropping coins using A, and there are many other structures that will allow for different benefits.

Surely, if you want your kingdom to prosper, you’ll also need to find a way of enhancing your income. At first, you have a merchant at your disposal, who will be nice enough to bring a certain amount of coins each day – if you pay him to travel. Stuff will get pricey with time, though, so you need to explore the isle to find chests with coins, and also find other ways to get more money. 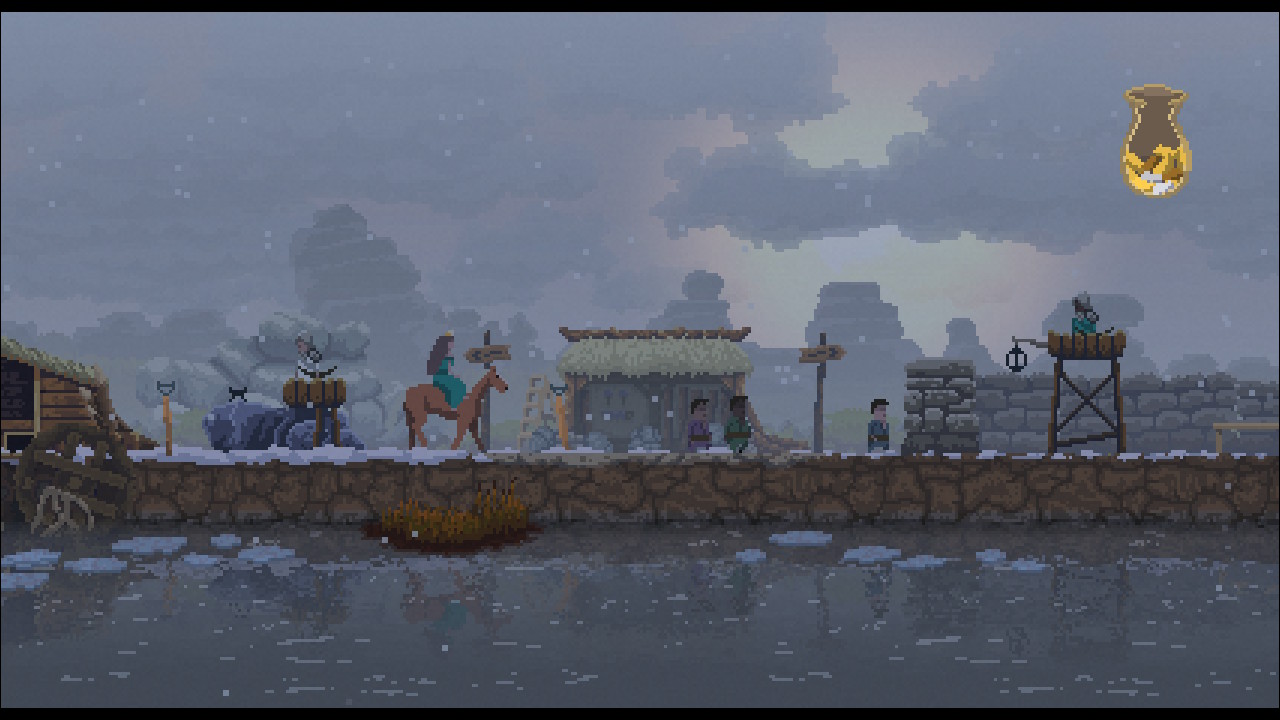 Kingdom: New Lands isn’t free of challenge, though. Almost every night, your settlements will be attacked by strange creatures, who’ll look into any possible opportunity to steal the tools from your people, the coins that they can get their hands on, and, ultimately, your very own crown. Losing your crown means game over, and is very punishing because it’ll oblige you to start the game from the beginning. Some stuff persists from game to game though, not to mention how much you learn about the many Kingdom hidden mechanics.

Overall, Kingdom: New Lands is surprisingly entertaining. Even though you don’t have direct control over your people, it’s very satisfying to learn their patterns and figure out the best way to help your people survive and make your kingdom prosper. The game is not without purpose, but I won’t spoil it. In the end, the best thing about Kingdom: New Lands is the process of figuring out how to become the best king or queen, even if it demands some harsh trial and error methods. It is a great little game, which holds an impressive amount of depth in such a simple basic formula.

Kingdom: New Lands is a great experience. At a first glance, it looks like a kingdom management game with a very simple gameplay premise; carefully built with an astonishing beautiful pixel art style. Under its subtle design philosophy, though, lies a deep experience that is both frustrating and fascinating.