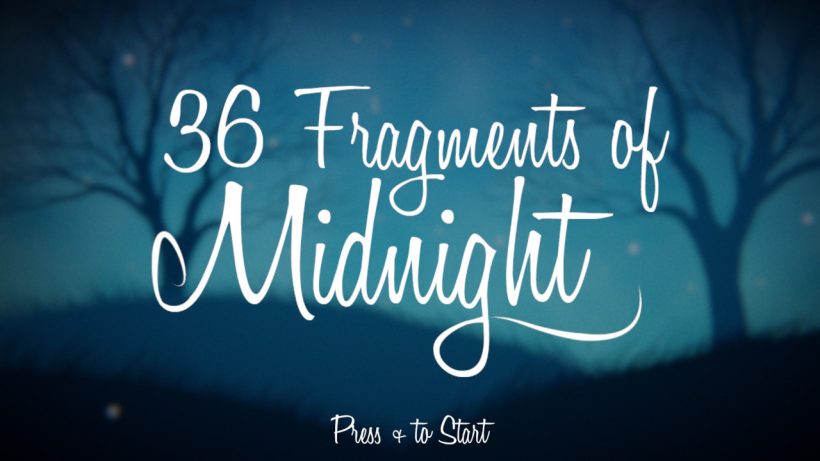 36 Minutes to play a few times.

Developed in collaboration between Ratalaika Games and Petite Games, 36 Fragments of Midnight is a procedurally generated platformer in which you control the titular character Midnight. You are tasked by an unknown entity to collect 36 Fragments which they have lost. The game doesn’t divulge any further plot details at all, and so you control a little square block as you navigate through jumps, lasers, spikes and saw-blades in an attempt to collect the missing fragments and return to your starting location where you are told something may happen once the objective has been met. 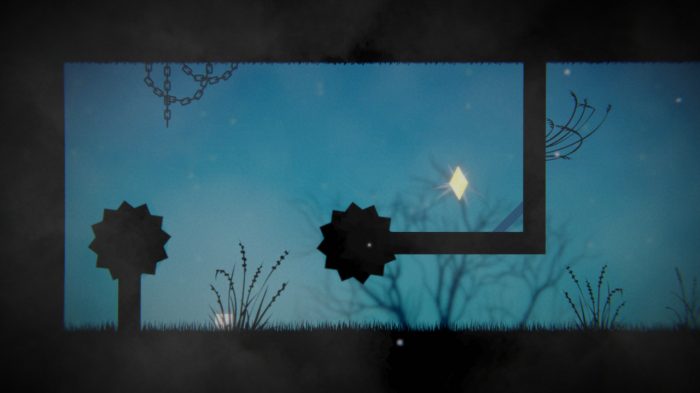 When you first encounter some of these obstacles they may seem difficult and you may die a couple of times as you get to grips with how to solve them. The solutions, however, are fairly easy – for example, some of the lasers can be obstructed by moving saw blades and other objects giving you the opportunity to pass through them. Once you learn the timing of these solutions you’ll overcome them with minimal effort. If you do come into contact with one of the game’s obstacles and die, you will be told how many fragments you collected in that run, as well as the highest amount you’ve managed to collect in any previous runs before restarting you in a refreshed map.

In dying, the game reveals one of its major flaws, you’ll start to notice that the puzzles are exactly the same as those previously encountered but they have moved location. To me, this displays lack of variety in the content on offer – meaning that you’ll soon be collecting all 36 fragments rather quickly.

The controls are fairly easy to get used to, you’re on a 2D plane – so you’ll only be moving left and right here using either the D-Pad or the analogue stick. The A button allows you to jump and pressing it twice will let you double jump. I found the controls to be rather smooth, except in some cases where the double jump felt either unresponsive or difficult to time correctly when needing to avoid some of the game’s traps. 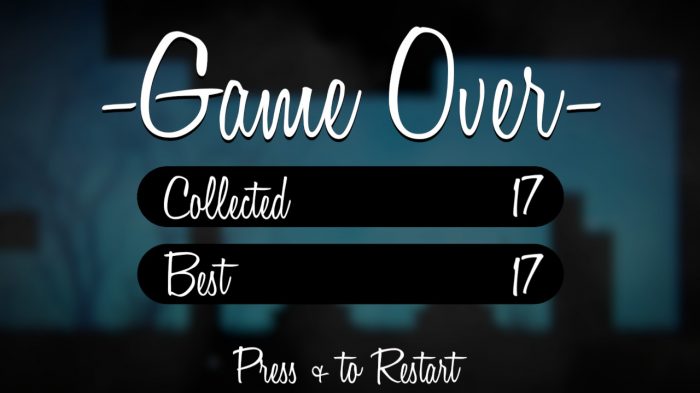 Graphically the game is very basic, environments are dark and bland with not much going on within them. Midnight is a very minimalist character in terms of design, essentially a square with eyes. The only real effect here is that jumping creates a white line behind the character which shows the trajectory of the jump but other than that there isn’t much to talk about in terms of graphics.

Sound is also disappointing in 36 Fragments of Midnight, there is no music apart from when you die – exploring the world only provides you with the atmospheric sound of wind and a chime is played when you collect a fragment. Text will appear on screen to convey the game’s narrative but I feel it would have been more welcoming if there were sounds – even if it was gibberish, to convey that somebody is speaking to you. 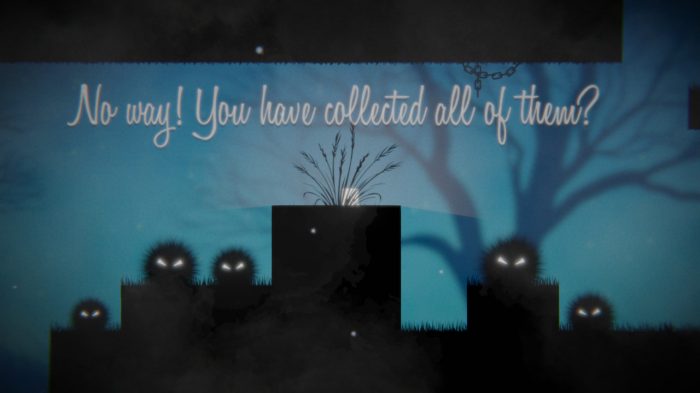 36 Fragments of Midnight ends up being a really short game, it took me 8 minutes to complete it the third time round and in my other attempts also clocked in at under the 10 minute mark. Once you’ve completed it you’ll find it very hard to want to go back to as the pay-off for completing the game was nothing short of insulting. I’d have been able to recommend the game had there been a lot more content on offer, however with such a short play time and low difficulty it’s hard to recommend at all – even with such a low price tag!

36 Fragments of Midnight may look enticing at its price point but fails to provide much in the way of content. It can be enjoyable if you like something quick and easy to pick up and play but otherwise, it might be best to avoid this one.