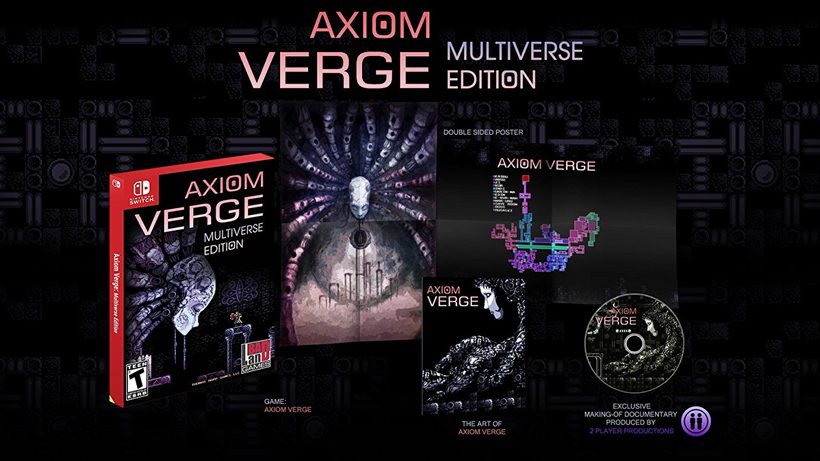 No dimension hopping in 2017, it would seem.

Previously scheduled for a November 17th release, it looks as though we’ll be waiting until early 2018 before we get our hands on the physical version of Axiom Verge – as an email sent to those who’ve preordered the game from Amazon, including myself, appears to have revealed.

The new date, according to Amazon, would appear to be January 26th, 2018, which is just over two months from the date we were originally told, however the game is now available on the eShop, so if you can’t wait that long to play the critically acclaimed platformer on your Switch you can go download it right now. 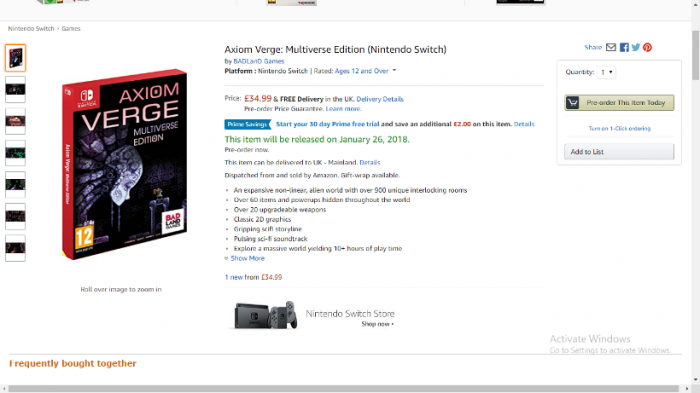 Were you, like myself, holding off on playing Axiom Verge on Switch until you get a physical copy? Has news of this delay influenced your decision of when you’ll play it? Be sure to sound off in the comments.