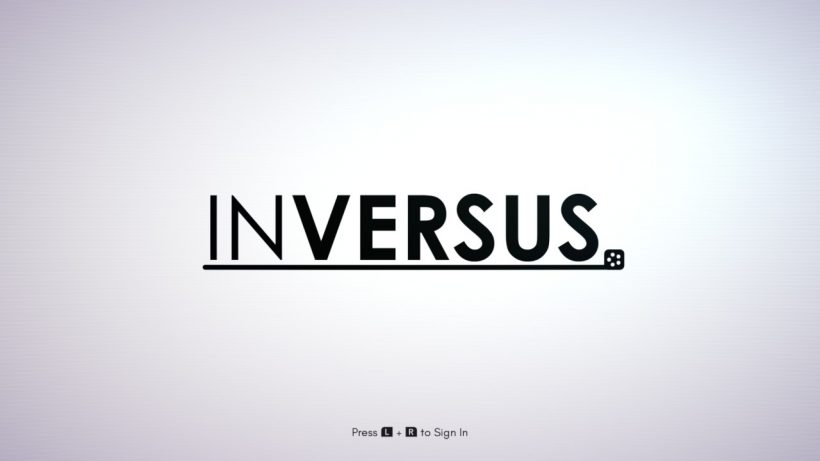 The premise of the game is quite simple, you play as a black square sat on an area of white squares. Outside of these white squares is a field of black squares where enemies are spawning in. You have white dots inside of your black square which count as your ammo. Your aim is to shoot the black squares and turn them white – eliminating any enemies that may be in them and dodging bullets along the way.

Inversus Deluxe has multiple game modes; Online and Offline modes include 1v1 and 2v2 modes – where you and up to three other people can team up and take each other out. This can be done with a single Switch either in tabletop mode, docked mode or online. Sadly, even a few weeks after the game’s launch, there appears to be no online community. Multiplayer matches are hectic and are usually over pretty quickly, and often make for good fun when going toe-to-toe with a few friends. 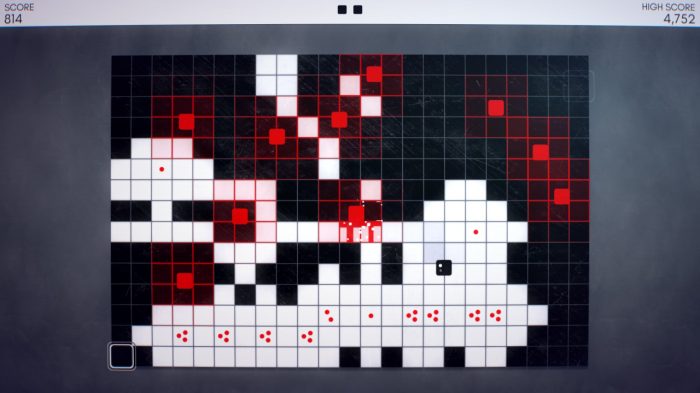 While Online Multiplayer seems lacking in players it’s the Arcade mode where Inversus Deluxe really shines. It has 10 unlockable stages, in which you can earn 5 stars based on what score you get. You can improve your score by chaining up enemy kills based on how close they are to one another – which is where the games strategy factor comes in to play as you’ll need to use your wits to dodge enemies and bullets in order to let enemies get closer so that you can cause a chain reaction of kills. Once an enemy dies, they’ll drop a blue dot in the square they died in and if you manage to pick this up, you’ll get a bullet that fires faster.

Each time you get a “Game Over” you acquire XP and with each level up you unlock emotes to use during multiplayer and colours which can be used to change the enemies’ on screen appearance. All of this is purely cosmetic and doesn’t add too much extra to the game but it’s definitely good to see some kind of progression system here which keeps you playing, and trust me you’ll be playing for a while. 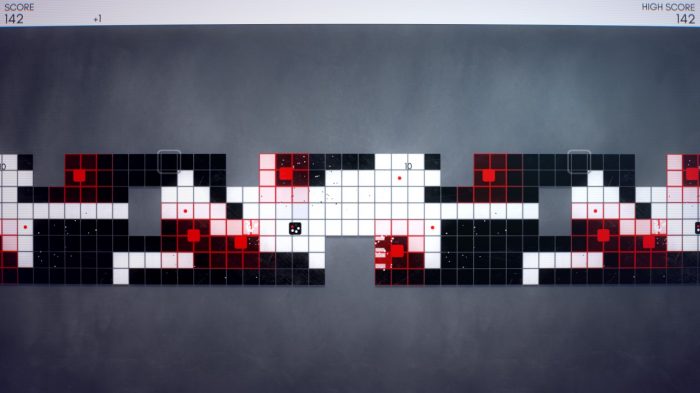 The controls for Inversus Deluxe are quite easy to get used to; the analogue stick controls your movement and the face buttons are for shooting. The positioning of the face buttons corresponds with the direction you fire; so X is up, Y is left – you get the idea. Normally one shot will cover one row of blocks, however, holding in the button for a few seconds will unleash a charged shot which covers three rows – this is especially useful if you somehow manage to get into a tight spot.

Inversus Deluxe’s graphics are fairly basic – mostly using black and white for text and environments. Enemies can come in different colours such as red and blue but there isn’t anything particularly outstanding visually. The soundtrack is nothing special either, it can be repetitive and lacks in variety between maps. On the plus side, performance is no issue here, the game runs impeccably in both docked and handheld modes even whilst playing online. 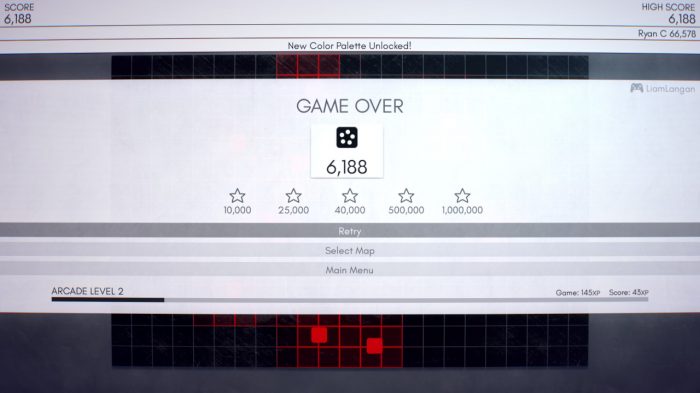 While simplistic in gameplay and style, Inversus Deluxe is easy to learn but difficult to master. With Arcade mode you’ll find yourself stuck in that ‘one more go’ state of mind as you try to earn extra stars to unlock later stages in the game. Ultimately this all just feels like padding for a game whose heart and soul seems to be set on its online multiplayer – which appears to be sadly void of players.

Simplistic and fun, Inversus Deluxe is definitely worth checking out, it’s easy to learn and hard to master gameplay will keep you hooked as you go back to better your own or your friends’ high scores. Multiplayer is also a riot, especially in a 2v2 environment.