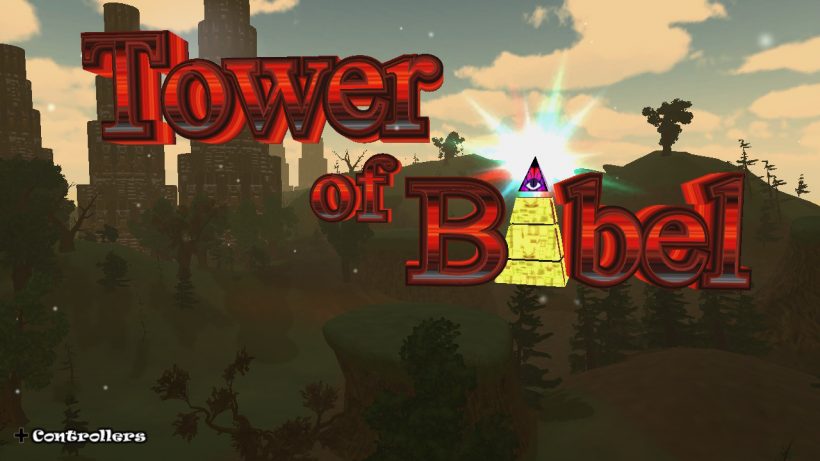 A Tower not worth climbing.

Tower of Babel is a runner game in which you must ascend multiple towers as an unnamed silver-armour clad knight collecting a specified number of gems along the way. While ascending these towers many obstacles will be thrown your way which you’ll have to jump, dodge or move to the side of in order to navigate past them. When you reach the top of the tower you’ll collect a strange relic and then you’ll have to descend the tower avoiding similar obstacles in under a minute.

There are 12 stages spread across a total of 4 different worlds; Babylon Towers, Castle Towers, Oriental Towers and lastly (and rather oddly), Special Stations – which sees you off to space equipped with a jetpack which, while interesting, just seems thematically out of place. 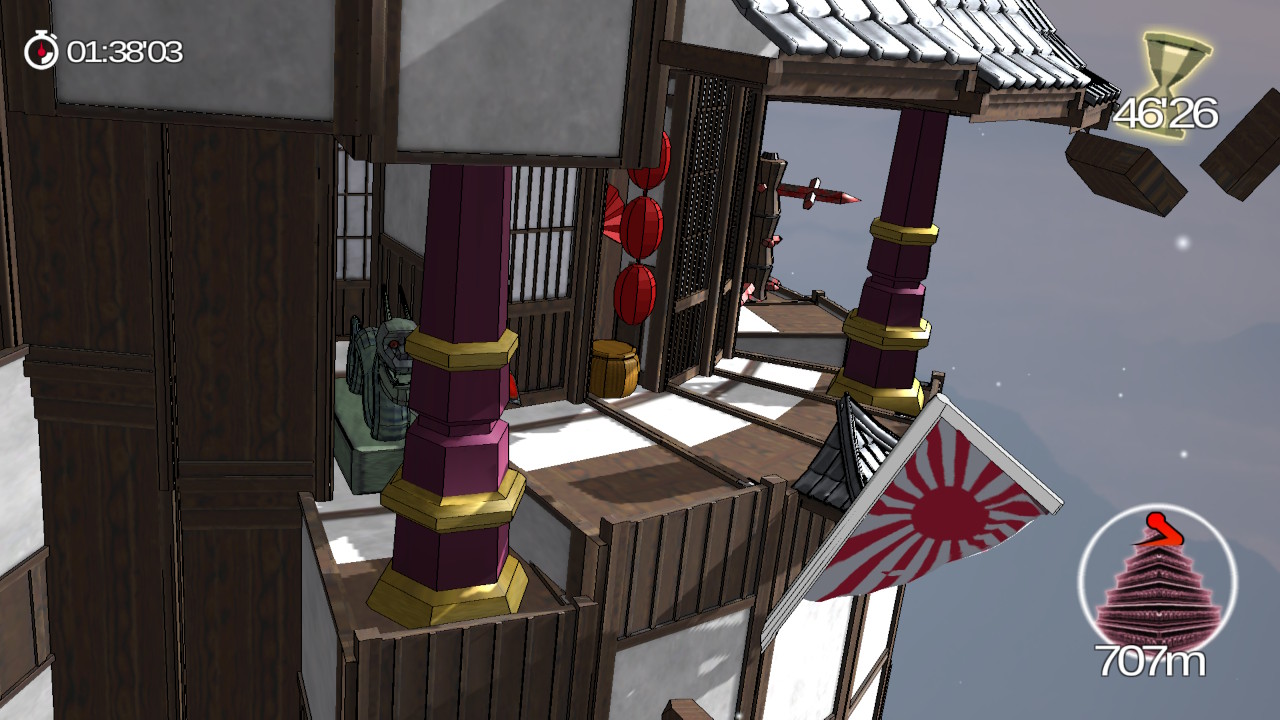 The controls here are quite simple, using the A button allows you to jump; B lets you duck and pushing the left analogue stick up speeds you up while pushing the stick down will slow your character. The second and third level of each world introduces a second and third lane respectively and this can alter the game’s controls, there is a tutorial that appears on screen to explain this but it can be quite difficult to adapt to.

While this game may seem like a typical runner game it also, unfortunately, plays host to a whole plethora of problems. First of all, levels appear to be procedurally generated so you can never truly learn a level, instead you’re left to guess what might be around the corner – of which it’s more than likely a cheap series of jumps in which you’ll likely end up falling to your death and having to restart the level from the top.

Another problem is that I suffered a lot of slow down whilst playing through Tower of Babel. There are objects that appear from the ground such as spikes, objects that fall such as axe blades and objects that shoot at you such as ninja stars. When a lot of these items are in close proximity of each other the frame rate seemed to drop dramatically causing me to lose traction and usually die. 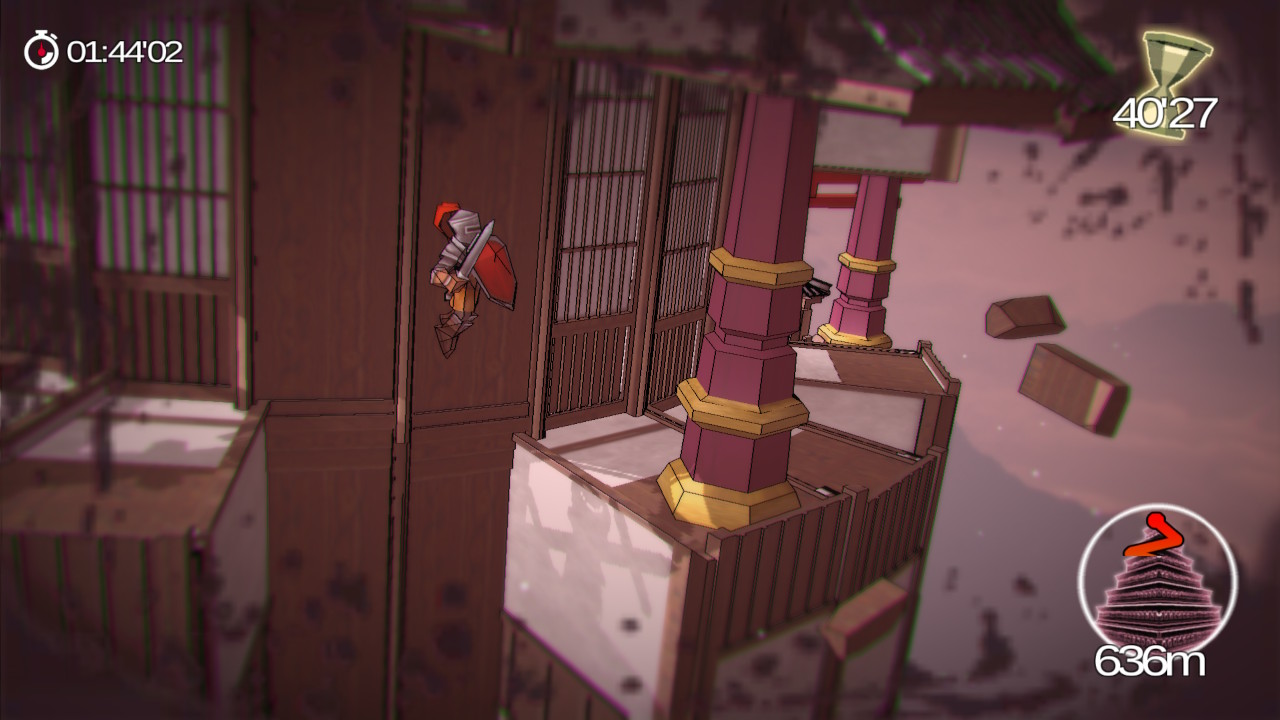 HD Rumble is proving to be one of the Switch’s most unique features and, if it’s done right, it can improve an experience. However, with Tower of Babel this feature is poorly optimised. Rumble will occur when obstacles appear on screen – which can be quite frequently. This coupled with the fact that the rumble is very strong ended up with me turning off the feature on my Switch after completing the first world.

Graphically this is one of the worst Switch games I’ve seen. Levels, characters and objects all look badly drawn and they look even worse in motion. Along with this, the soundtrack is also out of place. You’d think with a game focused around climbing a biblical tower that there would be some orchestrated music to accompany your climb. Instead what we’re left with is generic dance music, of which there are only 3 different music tracks in total and they loop constantly. To me it seems like quite the missed opportunity to add atmosphere to the game. 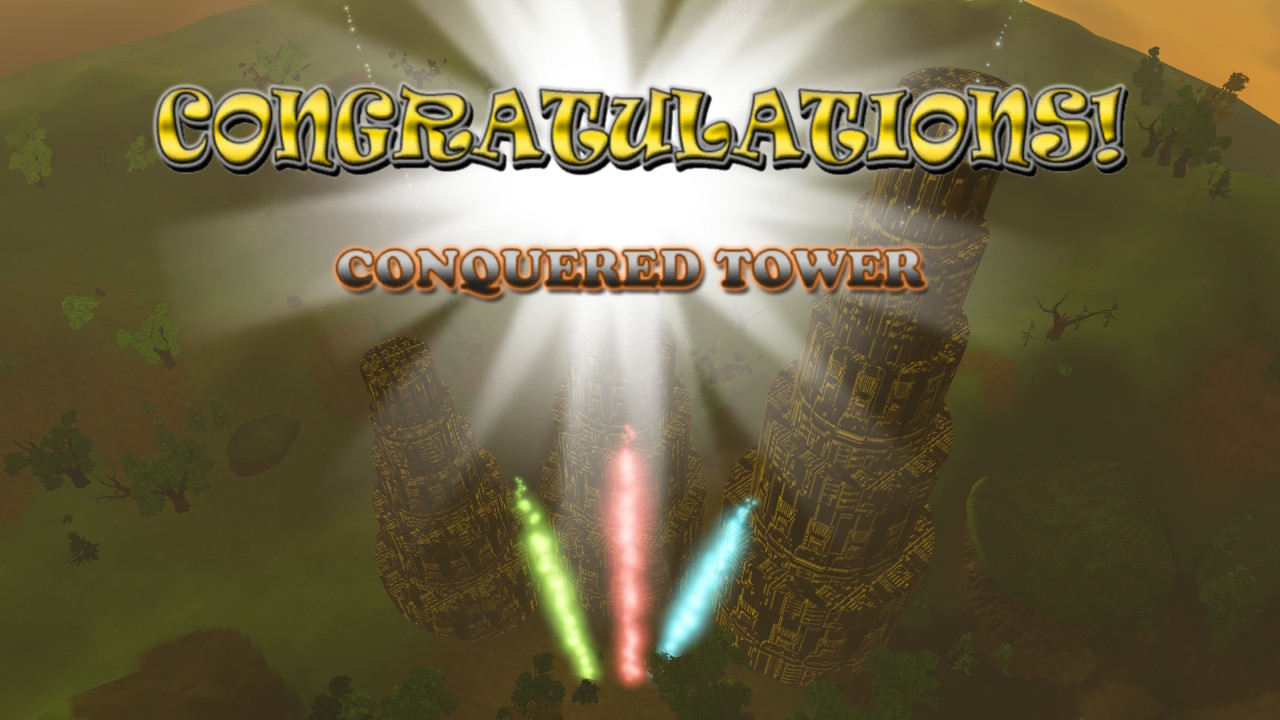 Sadly I didn’t enjoy my time with Tower of Babel, it had a very basic and seemingly uninspired premise that has too many issues to be fun. It can go from repetitive to frustrating in the blink of an eye, and other than offline leaderboards there is nothing here of value to go back to if you do decide to play this which, unfortunately, I cannot recommend.

Tower of Babel feels like a rushed and uninspired game, it can be fun initially but the longer you play and the longer you look at it the less enjoyable and more frustrating it becomes.