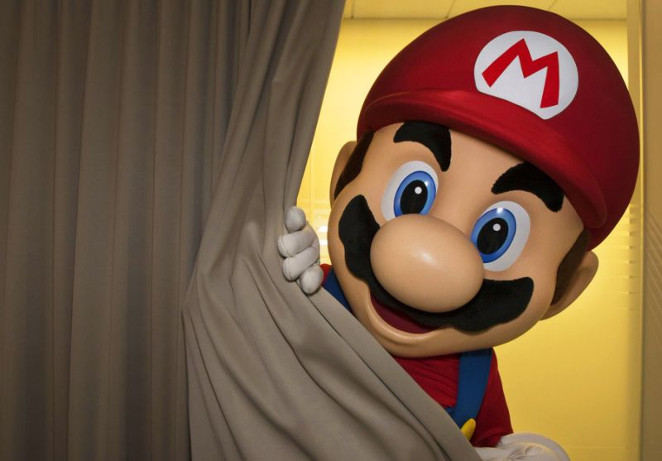 Today is 20th October, a date which one year ago was pivotal in the Switch calendar as on this day exactly one year ago Nintendo finally lifted the lid on Project NX to give us our first look at what we now know as the Nintendo Switch, here’s that very trailer that we all witnessed.

Boasting a stylish and hip look, this video showed the world for the first time how Nintendo would bounce back from the unmistakably poor days of the Wii U, we would also be treated to a catchy song by a band named White Denim which would be ingrained in our heads all the way up to the next batch of Switch news came around.

This trailer was the first time we would see The Legend of Zelda: Breath of the Wild, Mario Kart 8 Deluxe, Splatoon 2, NBA 2K18, Super Mario Odyssey and Skyrim all running on Switch hardware, as well as seeing the systems many features such as how the joycons would attach to the console, we saw the pro controller for the first time, how it could be undocked from the system at any time with gameplay continue on the handheld screen, tabletop mode was also demonstrated.

We would see Nintendo’s vision of how they wanted the system would revolutionise the eSports scene, which our recently departed team member Ryan Craddock would experience first hand at EGX where his team came third in a Splatoon 2 invitational tournament.

This trailer would be the last we would hear of the Switch for a little while, as the next big news wouldn’t come until January 13th, almost three months later, but this 4 minute video was enough to whet our appetites and keep a whole industry whom, until this point, had looked down on Nintendo over the last 2-3 years leading up to this event, it’s clear to see that a year later the excitement for Switch is still strong, especially with the imminent release of Super Mario Odyssey.

I spoke to current Switch Player team to ask what their highlights of the past year since the reveal have been, including my own:

Liam – My highlight of the past year would have been launch day, taking the day off from work and pacing the floors all day waiting for the Amazon delivery driver to hand over my delicious new piece of hardware to me, getting my hands on the pro controller sooner as it arrived a day early was also a bonus! I would also include EGX 2017 too as I got a hands on with Super Mario Odyssey and met both Paul Murphy and Charlie Large at the event, which is where I officially joined the Switch Player team.

Charlie – My highlight was seeing Miyamoto and Guillemot on stage for the Mario + Rabbids: Kingdom Battle reveal, and seeing Soliani’s reaction from the crowd. And then my surprise at me actually liking a game featuring Rabbids!

Oliver – Highlight was on March 3, at the precise moment where Link ran out of the Shrine of Resurrection and to the cliff edge to view the expansive world of Hyrule. Hit me right away as the significant moment announcing Nintendo’s return to form.

Paul –  it has to be the first time I held a Switch in hand at the Hammersmith Apollo in January. Playing BOTW for the first time and seeing how instantaneous it was, and the performance on the handheld was truly special.

John – My highlight was talking to friends who were playing BotW and swapping stories about what we’d discovered and feeling like we were all playing different games. It was like sharing tips in the classroom and made me feel genuinely young again.

Do you remember the excitement of first seeing that trailer? What have your highlights been of the past year? We’d love to know in the comments below.

One thought on “Nintendo Revealed The Switch One Year Ago Today”