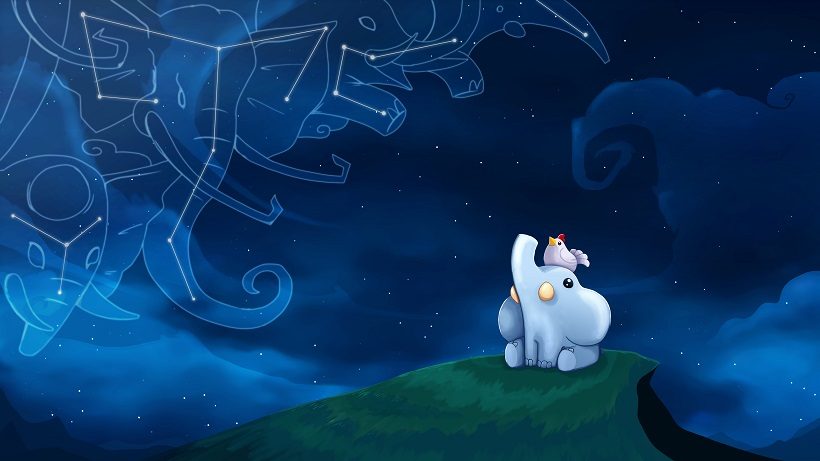 A Legend of Zelda-esque adventure/puzzle game starring an adorable elephant? Yes, it is as good as it sounds.

It is easy to be dismissive of games that, on the surface, appear to take one to many cues from another series, especially one as beloved as The Legend of Zelda. Whilst that feeling never truly goes away, Yono and the Celestial Elephant is not just another derivative.

The basic premise is that you play an elephant named Yono who falls from the stars and immediately wants to help make the world a better place to live. Quickly you discover that elephants are even rarer than they are on our own planet, to the extent that they are deified; but for good reason. Turns out elephants are literally gods that walk amongst the populace, except, Yono is the first to have graced the world for a millennium. Whilst the overarching story isn’t extensive, I was not expecting to be greeted by consistent exposure to political philosophy. At first, it was just Thomas Hobbes’ description of life being “nasty, brutish, and short” being quoted as Robogoblins are introduced, before long townsfolk are discussing the extent of political power as an extension of the physical power of violence. 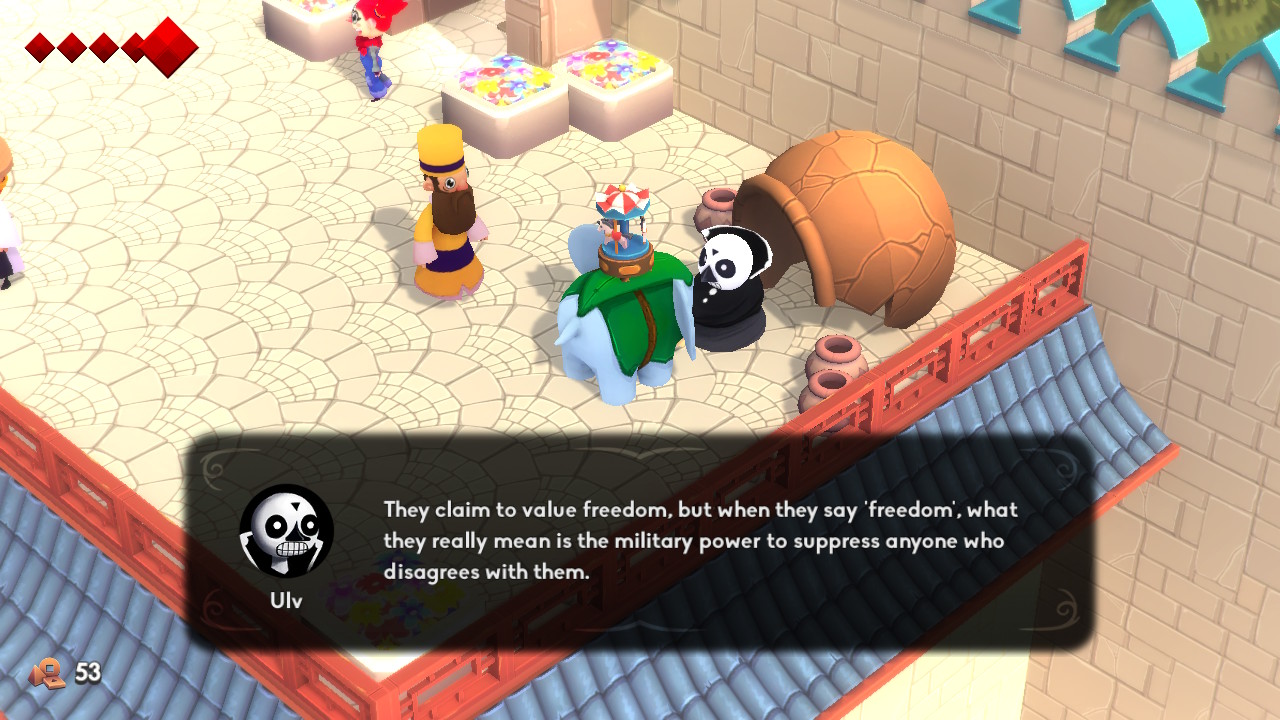 Yono is a mini adventure game filled with small puzzles. Each town provides Yono with the stereotypical RPG style quests of giving item x to person a for item y to give to person b and so forth. As superfluous as that is, the characters that you interact with make these tasks worthwhile and in their own small way contribute to the feel of the narrative, even though they don’t directly contribute anything. Outside of the towns is where the bulk of the action is to be found. Connecting the towns are linear interconnected areas that require some solution to proceed. Combat is also present, but it is the weakest element of the game, as whilst functional there is very little development to this, plus Yono later espouses his aversion to violence as he pleads with enemies to avoid physical confrontation. 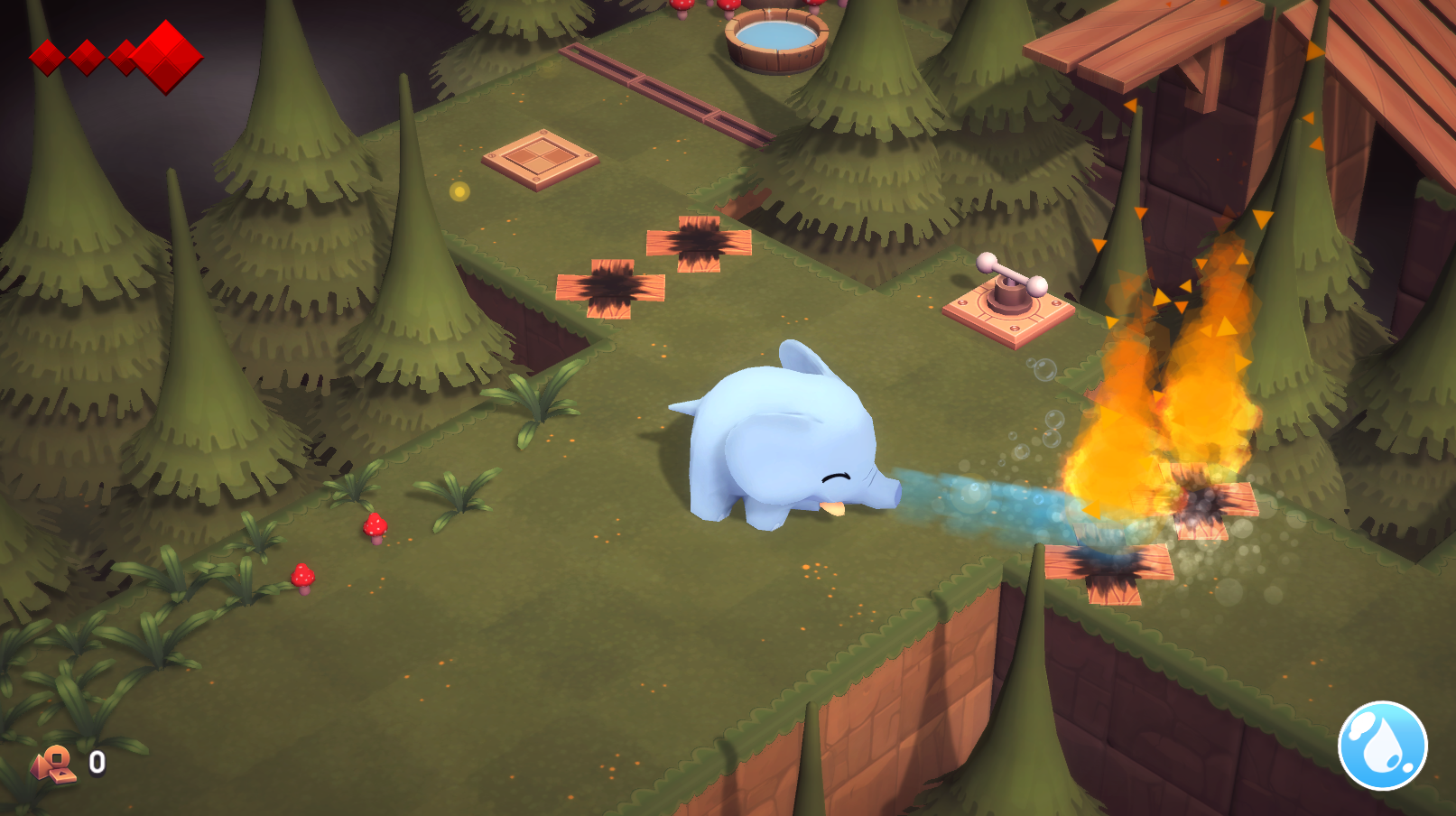 The core of Yono is found in the games three “Levels” (AKA dungeons), with each one aesthetically matching its overworld location, making them not just visually diverse, but also providing thematically relevant puzzles. What’s commendable is that each level contains attributes found in the one before it without seeming out of place, as well as succeeding in adding to the complexity of the puzzles. Absent, however, are maps (which aren’t needed), unlockable weapons, and boss keys. Not that this matter, as the environment contains everything you need, including usable elemental “projectiles” that Yono can fire from their trunk providing both combat and puzzle solutions. The levels are concluded with a boss fight, which relies more on timed puzzle solving than generic combat, offering more of a memorable challenge. 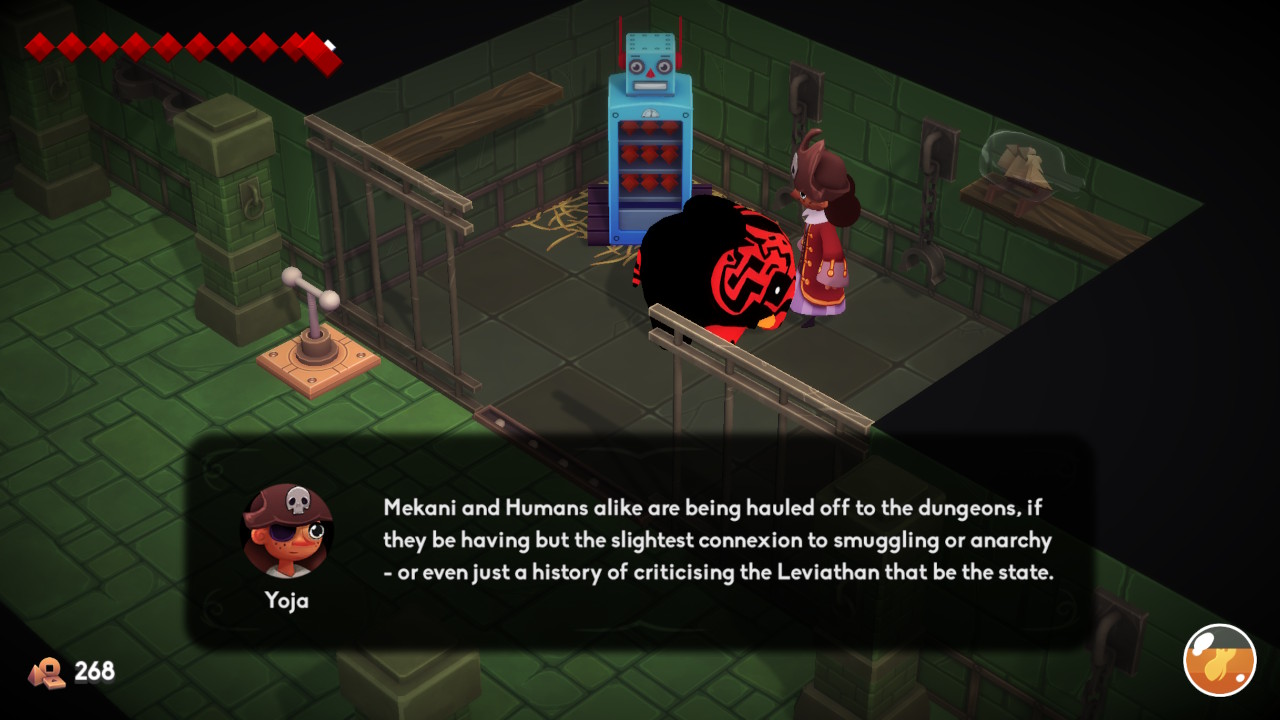 Who exactly Yono and the Celestial Elephants is aimed at is not easy to determine. The pastel colour scheme adds to the whimsy of the world, whilst also covering the underlying rumblings of dissent from across the kingdom. The political leanings and plights of some of the major side characters will likely go over the heads of most children that might play it, but there is a solid core thread to follow of Yono’s journey to develop as a celestial elephant and in helping the inhabitants of the world, culminating in a quite a touching story. The journey also isn’t particularly long, but it is a satisfying one. It might seem a bit too short for younger players, but for adults, it offers a bite-sized adventure.

Yolo and the Celestial Elephants

Yono and the Celestial Elephants is more than just a Zelda clone. It offers a steady stream of puzzles that gradually increase in complexity providing you with a satisfying challenge. The comforting art style adds to the experience, especially to the characterisation of the different inhabitants that feature in the world. Then there is the endearing and thought-provoking story that helps to give the game its unique charm.