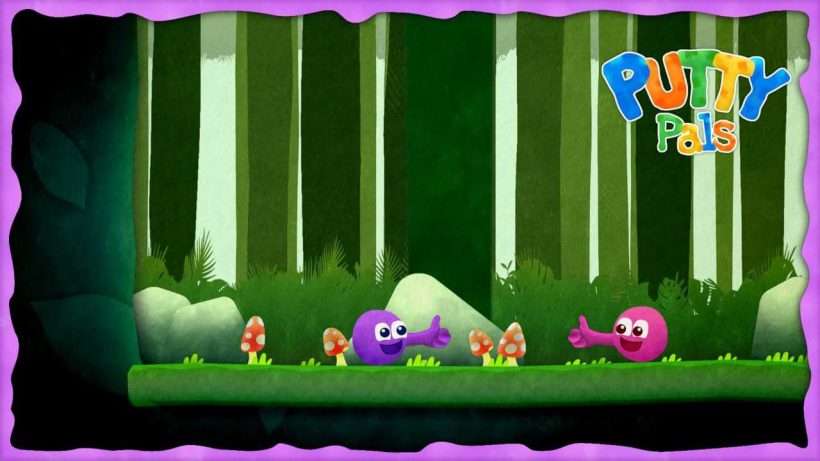 Get ready to turn your brain into plasticine in the cute 2-player puzzle platformer, Putty Pals.

The approach Putty Pals takes to multiplayer gaming is similar to the Switch’s launch puzzler, Snipperclips. On the main menu the first option is 2 players, with single player being tucked away underneath. Depending on who you’d like to play this with will factor in on how much enjoyment you’ll get out of either mode.

Each of you takes control of one of the pals, guiding the titular coloured blobs to their home. Each level is littered with obstacles that require you to overcome using the abilities the pals have. These include bouncing off each other and holding hands (because they’re pals after all). As the levels progress through the worlds you have to learn how to effectively us these skills to bounce, swing and slide your buddies to the end. Coloured platforms and blocks appear in the levels, and only the correctly coloured blob can touch them. This is where you need to cooperate to reach your goals. 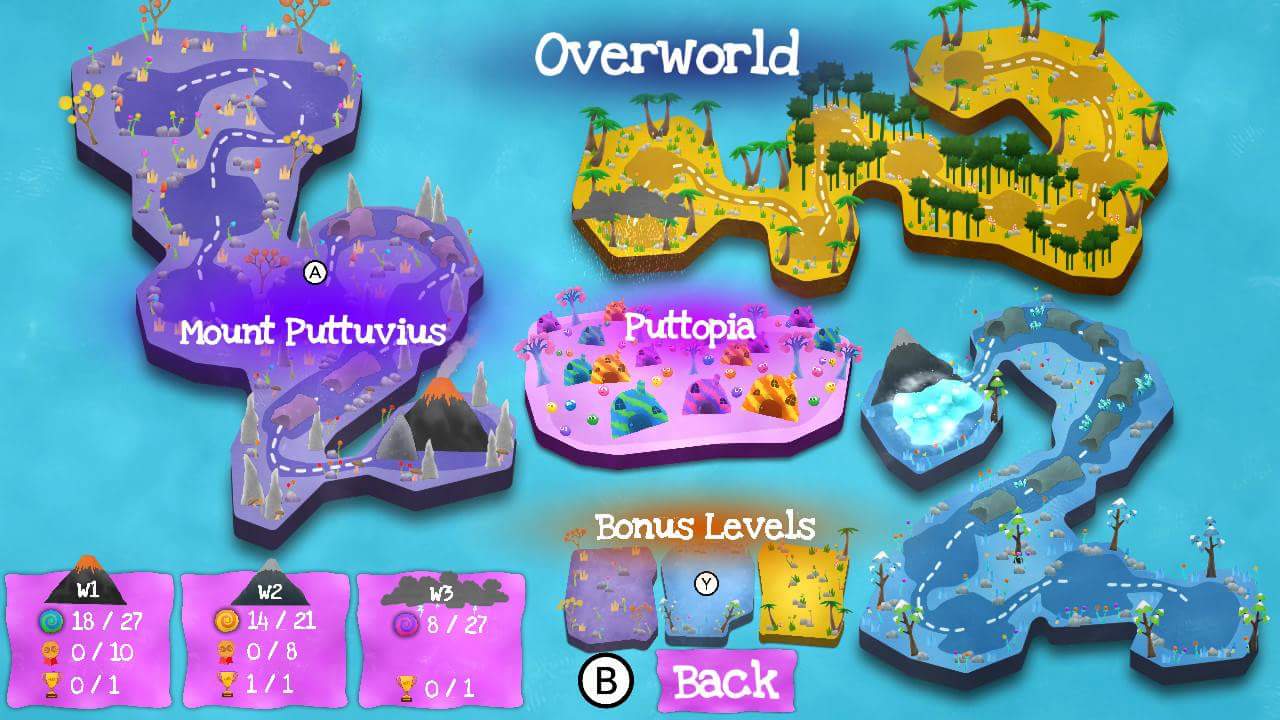 If you’re the sort that doesn’t have any friends, then I can only liken playing Putty Pals to tapping your head, rubbing your tummy, riding a bike and reciting the alphabet backwards. That’s not to say it’s more difficult because in some ways it is easier than 2-player mode when you have to time your jumps with your friend. The problem is that each putty moves and has three different actions buttons. When you’re trying to coordinate this with two different coloured blobs at the appropriate well-timed moment, a minor civil war erupts between the left and right side of your brain. You’ll inevitably press the wrong button, move left instead of right or completely wreck your timing. Putty death is guaranteed. 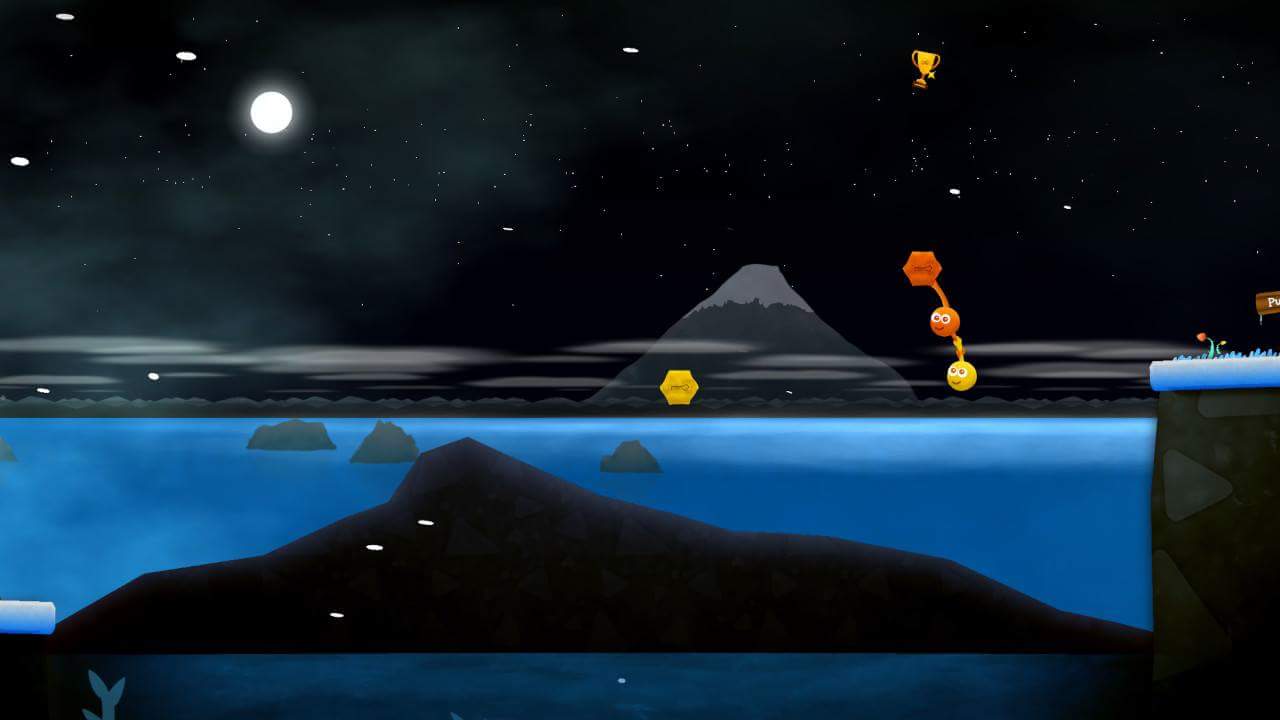 Each stage is made up of individual puzzles separated by checkpoints in the style of Box Boy on the 3DS. You’ll find yourself regularly making mistakes in each puzzle, so it’s a relief that you don’t have to re-tread over any previously complete sections. If one of the pals reaches the next checkpoint without the other, you can just send the straggler to his doom. He’ll then respawn past the puzzle. Unfortunately, this short-changes some of the puzzles a little. 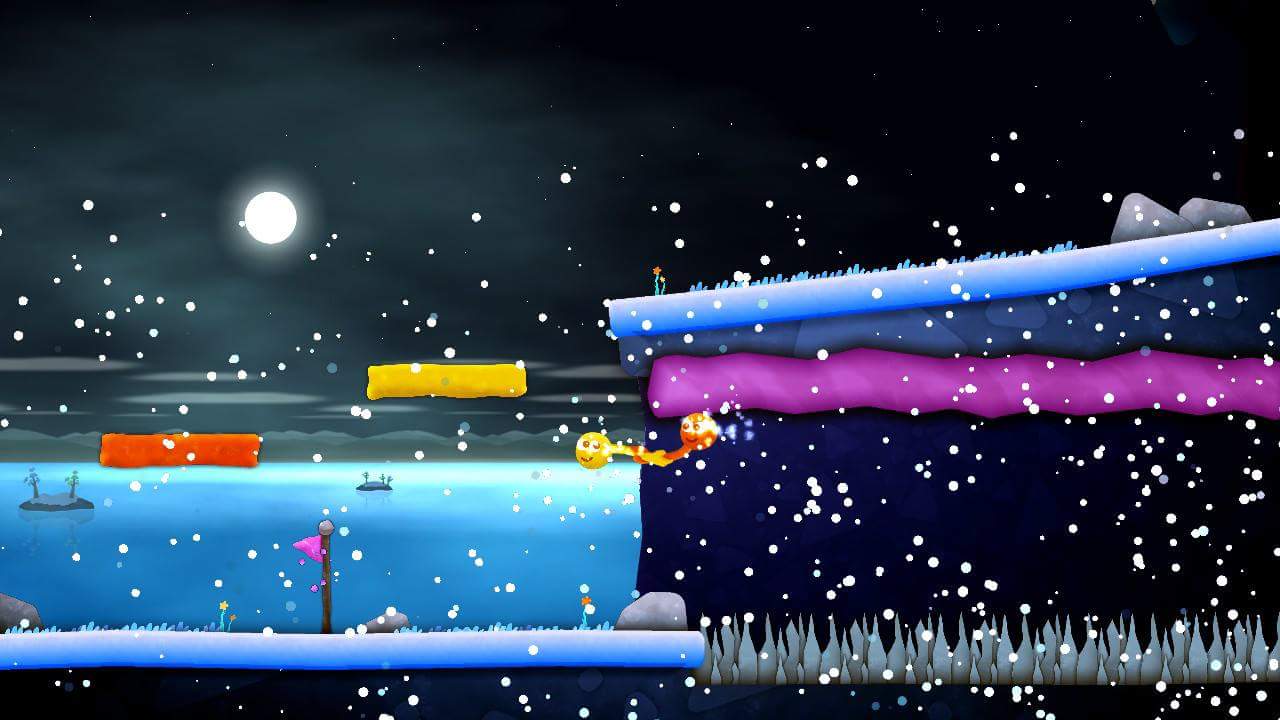 The game only has three worlds in which you can unlock a bonus stage for each level by collecting hidden tokens. This in turn allows you to unlock a time trial as well – extending the longevity of the otherwise short game if you’re willing to take on the challenges.

My only gripe is that the stages are padded with somewhat generic puzzles. It’s a relief when the game introduces a new mechanic as there’s only so many times you can swing across the ceiling or jump off sticky walls without a sense of repetition dawning upon you. The levels could be a little tighter as a consequence.

Despite the need for some more interesting puzzles, Putty Pals doesn’t outstay it’s welcome. You can choose to attack those more tricky challenges or walk away after completing the main quest. Either way you shouldn’t feel short-changed by what is essentially a competent and fun game.

Don’t let the bright kid-friendly colours or the cute Worms-sounding voices or the name fool you here. Putty Pals is challenging little platformer that uses its charm to draw you in and its gentle difficulty curve to keep you invested. It would be nice to have more variety throughout the levels, but it’s a fun, gentle puzzler with a steady challenge throughout.