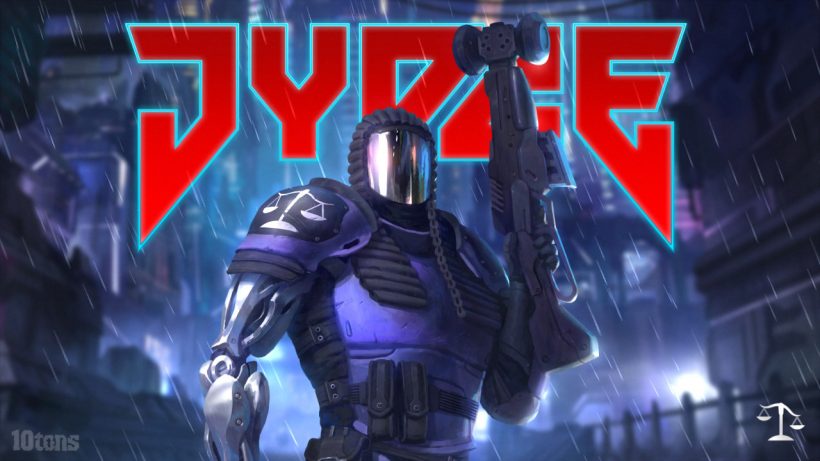 Jydge is the most recent title from 10tons to make its way to Switch. Following on from the recent release of Neon Chrome, and set in the same universe as the aforementioned title, Jydge offers the same style of gameplay, but what is it that makes Jydge different from its predecessor?

First up is the game’s story, Jydge sees you playing as an android police officer under control of the Jydge initiative. Equipped with a weapon known as the Gavel, you are tasked with rescuing hostages, wiping out gangs and collecting valuable intelligence to take out criminals. I found the story to be quite bare bones, but I also felt that it didn’t need to be expansive. 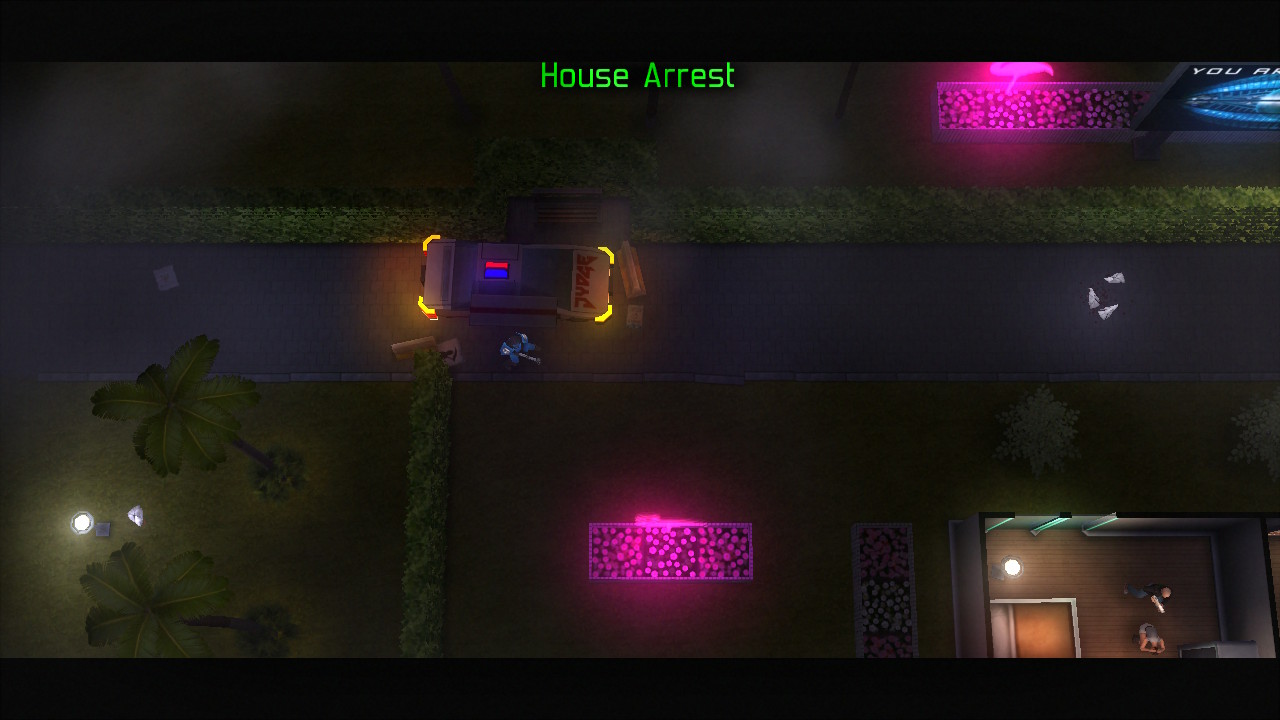 Gameplay is very similar to Neon Chrome in that it is a third-person shooter withn a top-down view. Using the left stick you’ll move your character and with the right you’ll aim your weapon. The L button performs a melee attack, R fires and ZR fires your primary weapon. ZL fires your secondary weapon, which is considerably more powerful than your primary but also limited to 2 or 3 shots per mission.

There are plenty of upgrades to unlock within Jydge – with the game boasting billions of load out combinations – but before unlocking these new weapons you need to earn medals. Each mission contains three objectives with a medal attached to each objective; these include one main objective and two optional objectives that aren’t required to complete the mission. Once you get a specified number of medals you’ll then be able to purchase the weapons using in-game currency earned from killing enemies or looting chests found around levels. 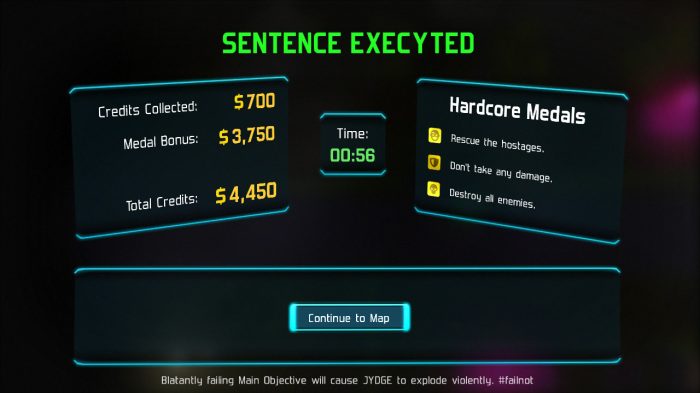 I found the upgrading system fairly easy to use, there is plenty on offer here and it didn’t take me too long to find a load out that I felt comfortable with, there were several instances however where I needed to backtrack to earlier missions in order to get more money for upgrades as I seemed to be underpowered. I found this more apparent in later missions and to me this felt more like padding for the game.

The game features a total of 17 missions split into four acts. Each act introduces new mission types and objectives to complete and upon initial completion of each act you’ll unlock a new difficulty mode boasting a new set of objectives. There is a total of four difficulty – modes meaning there are over 200 medals that can be unlocked in Jydge. I did find the amount of content available here to be quite overwhelming, almost to a point where I felt put off from wanting to 100% the game.

Local Co-Op is also an option here, so teaming up with a friend and working together to clear any mission of your choosing is an option. This mode is fun and non-restrictive and can often make those difficult missions a lot easier. This will come in handy as Jydge is no picnic in terms of difficulty – you’re probably going to die, a lot. As I mentioned earlier, some of the missions later on in the game, even on standard difficulty can be quite challenging, this often became more frustrating than fun at times. 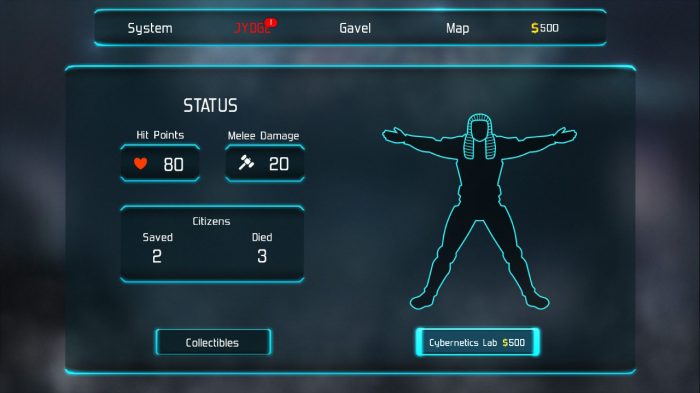 There are many secret areas to find within Jydge’s levels where you’ll really have to dig deep in order to find them, these often lead to puzzles where if you manage to solve them correctly you’ll be rewarded with a lot of money which you can then happily spend upgrading your arsenal.

Jydge is set in a dystopian future a lot like classic Sci-Fi films such as Blade Runner, and it certainly pays homage to this such as the hover car you’ll start and end missions in, the graphics also do a good job of emulating this feel as does the games techno filled soundtrack.

There’s a lot to like about Jydge, I found it to be fun, fast paced and extremely customisable, its difficulty can often lead to a lot of frustration but taking a step back, rethinking your strategy and changing your load out can lead to completing a level you’ve found yourself stuck on, if you’ve played Neon Chrome already then this will be a perfect follow up game for you.

Jydge is a fun yet difficult twin stick shooter brimming with customisation and content, it can be difficult at times but its varied mission types and unlockables should keep you busy for a good while.