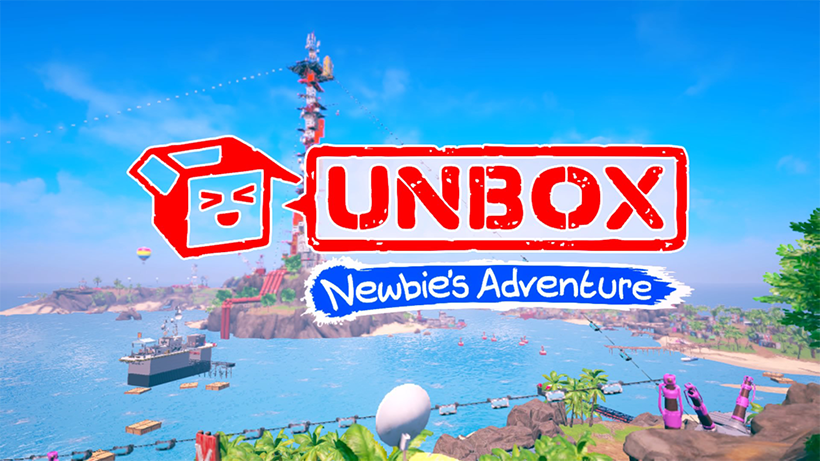 Unbox: Newbies Adventure should most definitely remain boxed. The game has a host of problems and whilst the concept of the game is admirable it’s not enough to save this game. 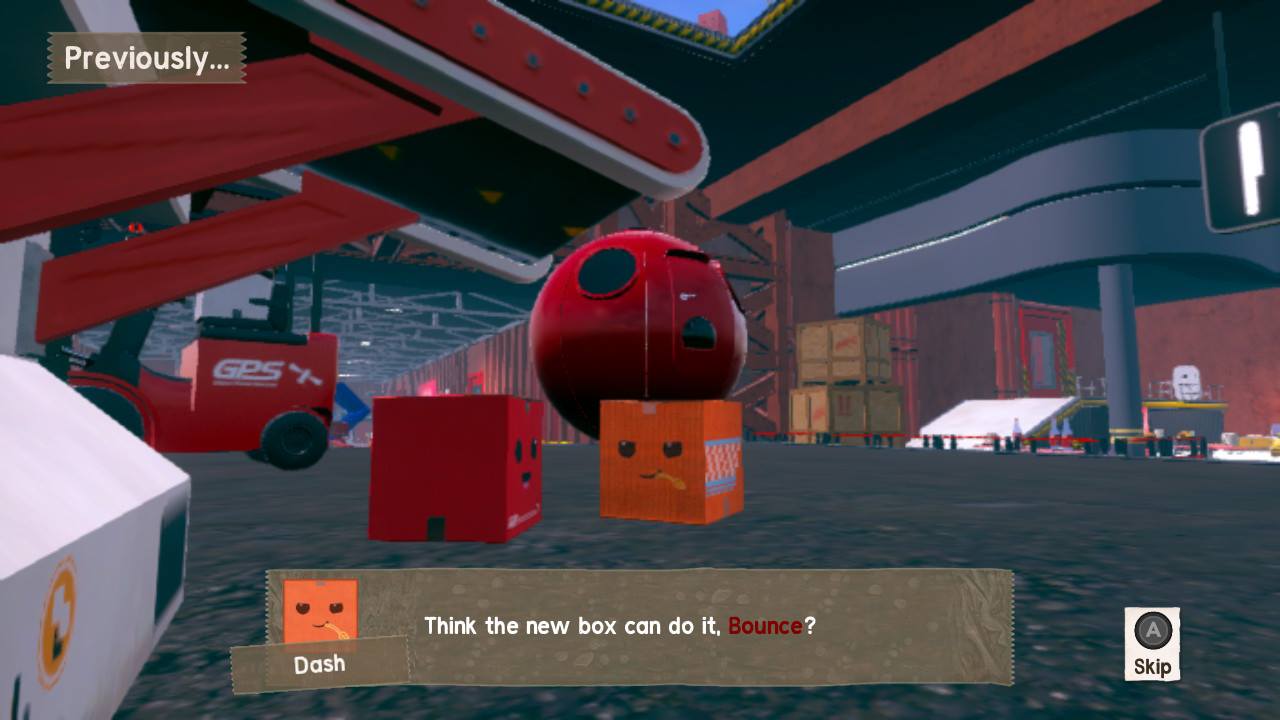 In Unbox you play as a self-delivering parcel, a sentient cardboard box if you will. Your task is to navigate the various worlds, collect stamps and defeat the evil rivals called the Wild Things. It’s all nonsensical and is definitely aimed at a younger audience, unfortunately the story and concept is where this game peaks. On the gameplay front, the game aims to be a fluid 3D physics-based platformer – you roll your box around and utilise momentum and jumping to get around. You’re tasked with completing challenges to get Stamps which will allow you to progress. All these challenges fall into similar themes, collect some items before the time runs out, race around a course and beat a time or just straightforward platforming challenge. The game does little to mix things up and the challenges start to feel really repetitive quickly. 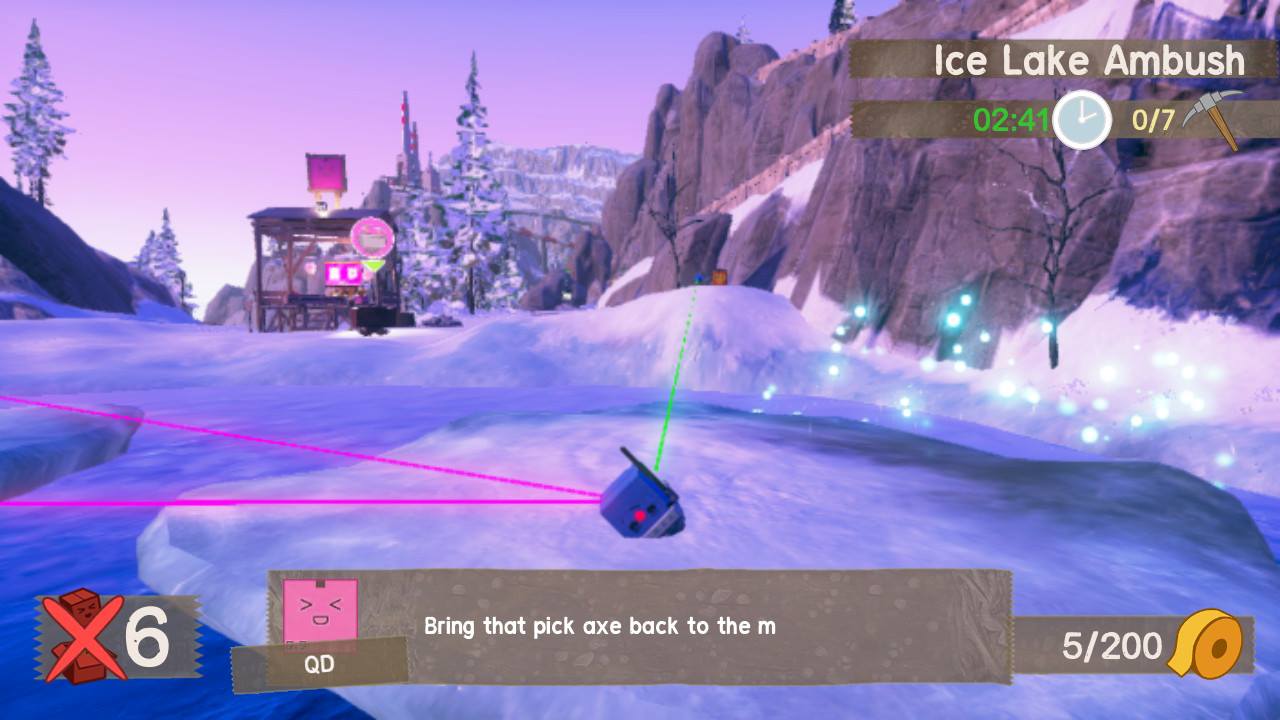 The main problem the game faces though is the poor controls. Moving the box around is unpredictable at best, downright frustrating at other times. Because of the momentum and general lack of control, any sort of precision platforming is a stressful experience. This problem is amplified in timed exercises where small problems can force you to start the challenge over and, more often than not, this will feel out of your control. If you thought it wasn’t bad enough yet then fear not because you can add a poor camera into the equation. Often when quickly changing direction, either through being attacked by an enemy or trying to pull off a quick jump in another direction, the camera will just give up and pick the worst possible position. For the most part, it’s workable but when small issues like these consistently arise, it adds up and starts to tarnish the overall experience. 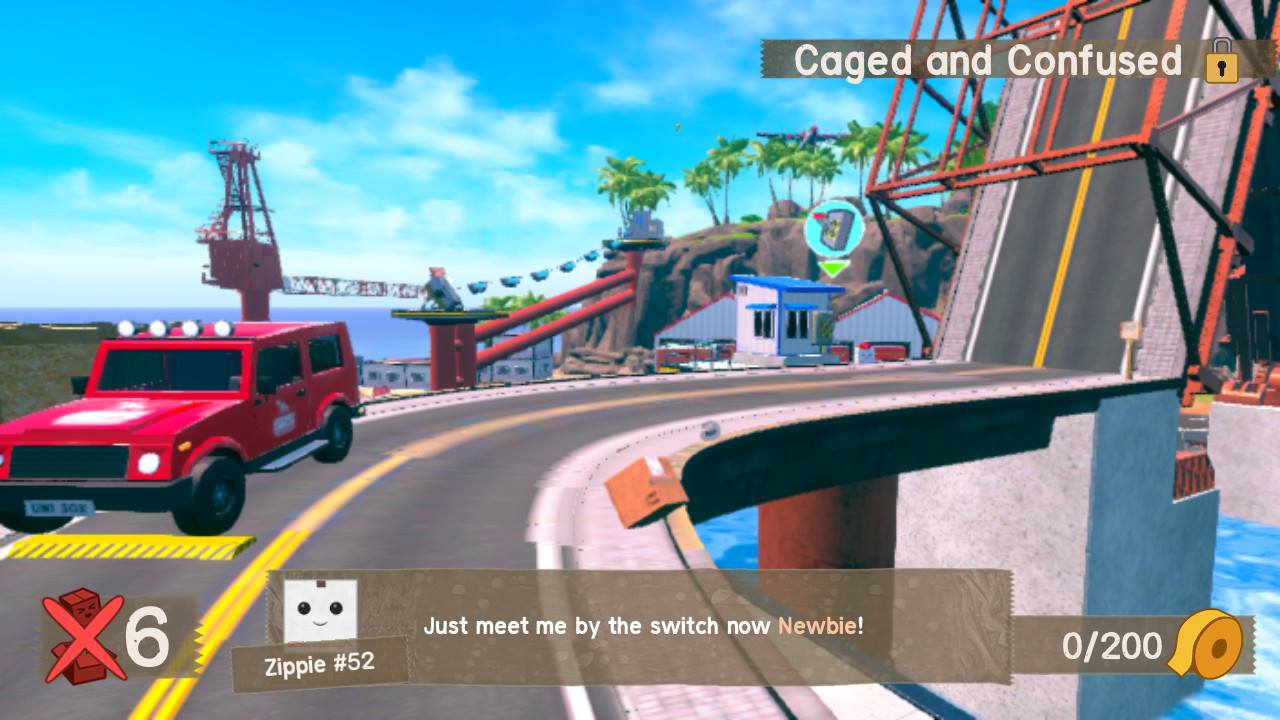 Visually the game is unimpressive and can look pretty rough at points, even handheld mode struggles to make the game look sharp which is strange considering the characters are boxes. Speaking of which the game does have a nice cast of characters – despite being boxed into using cardboard boxes as characters. They all manage to have their own unique look and personality from Hop – the rabbit looking prankster to the ominous Mysterious Box, they’re a varied bunch and perhaps deserved a better game than this one.

Finally, I should mention that the game also has a multiplayer mode where you can take on friends in crazy game modes. This is probably the game’s one saving grace, here precision platforming is less necessary and it is all about the chaotic fun. I couldn’t recommend this game on that alone but if you ever find yourself owning this game you’d be remiss to not give the multiplayer a go.

Unbox: Newbies Adventure is a rough 3D platformer which is let down by poor controls and repetitive gameplay, whilst there are charming characters and fun multiplayer, the game’s flaws are glaring and hard to overlook. Unless you have an innate hatred for Italian plumbers I can’t recommend this game to anyone looking for something to scratch the platforming itch.