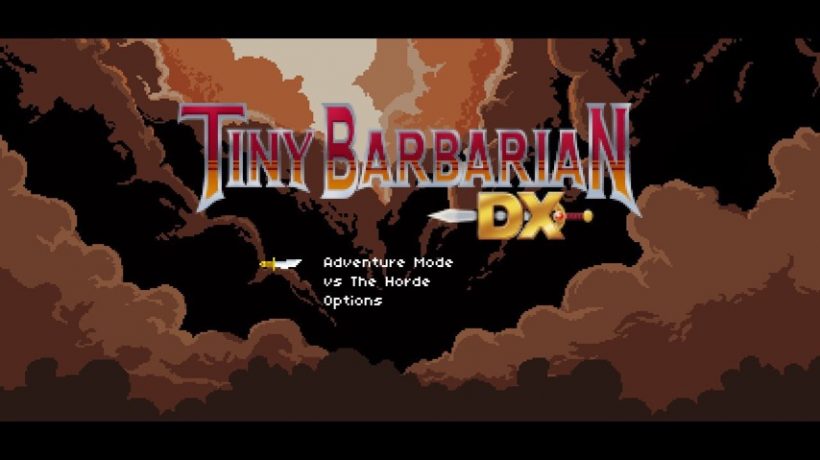 He’s tiny, he’s a barbarian, you can already see where this is going…

Tiny Barbarian is the newest game from the folks that brought The Binding of Isaac and Cave Story to the Nintendo Switch and this “DX” version includes all episodes and previous bonus content, and if you’re lucky enough to snag a physical release you even get some lovely bonus items similar to the previous Switch releases from Nicalis.

The game itself features some gorgeous 2D retro type graphics akin to the 16-bit era, with a buttery smooth framerate, catchy music and sound effects as well as super sharp and responsive controls. There’s very little in the way of backstory or tutorials here – as soon as you start the game you are immediately thrown into the action, finding the main character on top of some kind of mountain being attacked by and an endless swarm of enemies until he inevitably loses and the title screen appears. 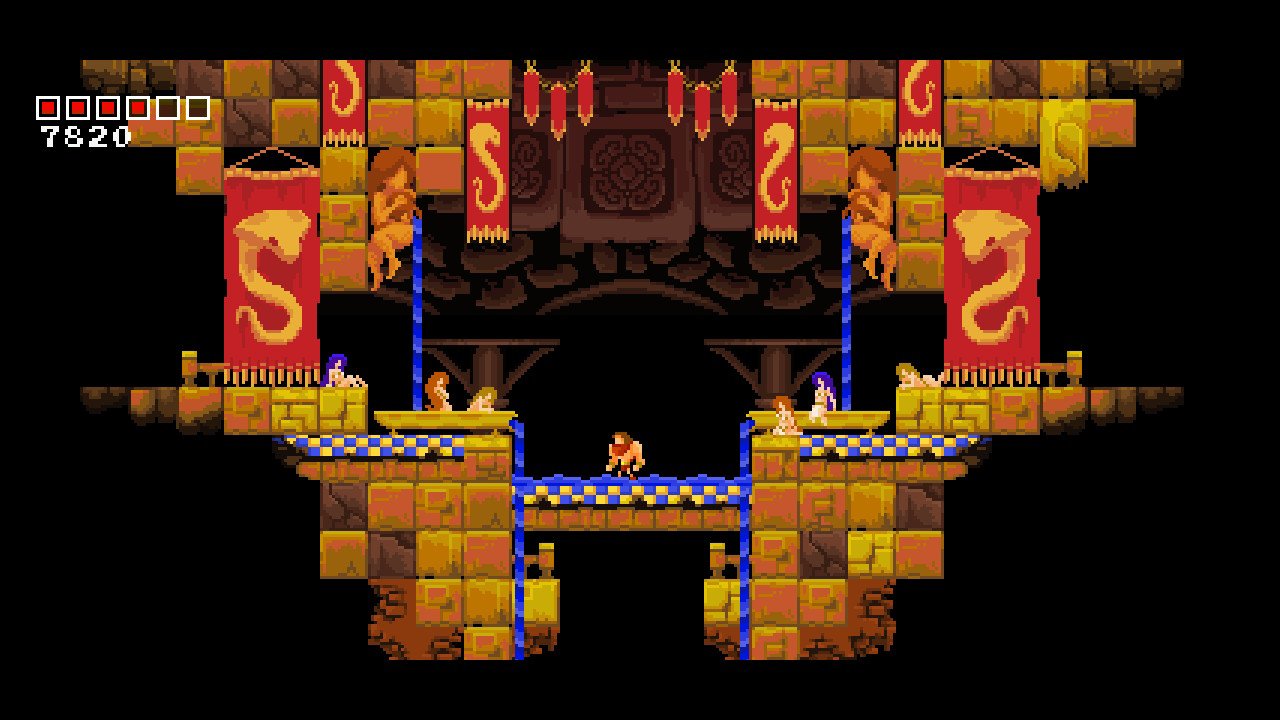 You are prompted with two controller inputs, those being attack and jump, and are basically left to fend for yourself. After escaping from being tied up and pecked at by buzzards, the real story begins as you hack and slash your way through a variety of environments, dodging pits full of spikes, boulders and collecting coins along the way. As the action progresses you learn slightly more complex controls in a very fluid fashion, for example holding down on the controller and pressing attack will do a ‘ground pound’ move similar to Donkey Kong Country which all feels very natural. The further you progress the less random hacking you will do and the more you will have to learn the full arsenal of moves.

This is not an easy game by any stretch of the imagination so don’t expect simple button bashing all the way through this one. You will die a lot as you learn the patterns of the various obstacles and the movement of the more complex enemies and the few bosses. There are even a variety of creatures to ride around on as you hack and slash your way through the varied environments (think Golden Axe or even the aforementioned Donkey Kong Country). 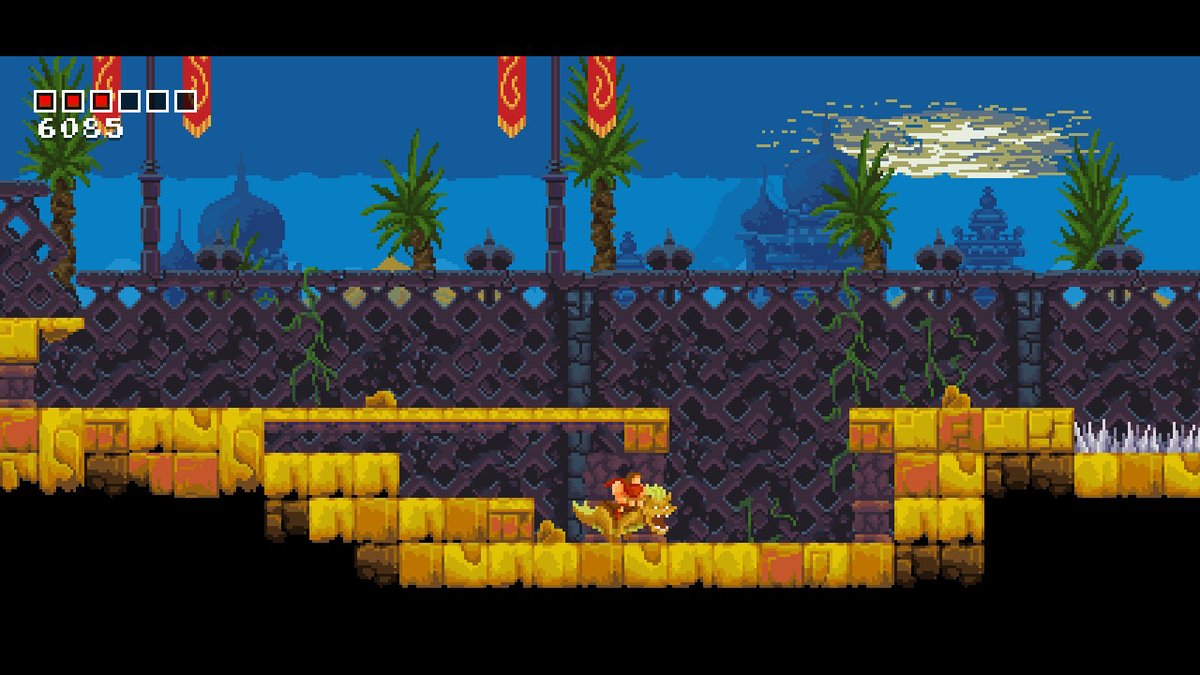 Although our barbarian friend may be tiny his game certainly is not, it’s divided into four separate chapters; each of which has a different story and setting and almost feels like four individual games rolled into one. Overall this represents good value for money. It’s a difficult game to put down and there’s great satisfaction in finally beating that tricky obstacle-filled room or slashing your way through a multitude of enemies like a boss barbarian. Every time I got stuck I felt compelled to practice more and more to overcome the challenge and the better you get the more impressive it is to watch as you rampage through the environments laying waste to anything that moves. There are secrets to be found but, again, they are not particularly well hidden – smashing a suspicious looking cracked rock will usually yield some kind of surprise.

If I had to find something to criticize this game for it would possibly be that it can get a little repetitive after a while, although Tiny Barbarian DX is unapologetic in doing what it does best and that is providing a super fun and slightly challenging, fast-paced hack and slash arcade style game. It was a great deal of fun to play and I wouldn’t hesitate to recommend this title to anyone who enjoyed the similar games of yore, Golden Axe, Ghouls ‘N’ Ghosts or, even more recently, Shovel Knight.

The eShop version of Tiny Barbarian DX is available right now, although the physical release does come with some really cool little collector’s items making it a great addition to your collection and I would definitely recommend grabbing it if you can find it.

Tiny Barbarian DX is a lot of fun, uncomplicated, challenging and yet hard to put down. It’s perfectly suited to the Switch in both handheld and TV mode. Whilst it’s not one of the cheapest games available on the Switch it is good value for money in terms of its overall quality and length. I would highly recommending snagging the physical release if you can as you also get some neat extra goodies.