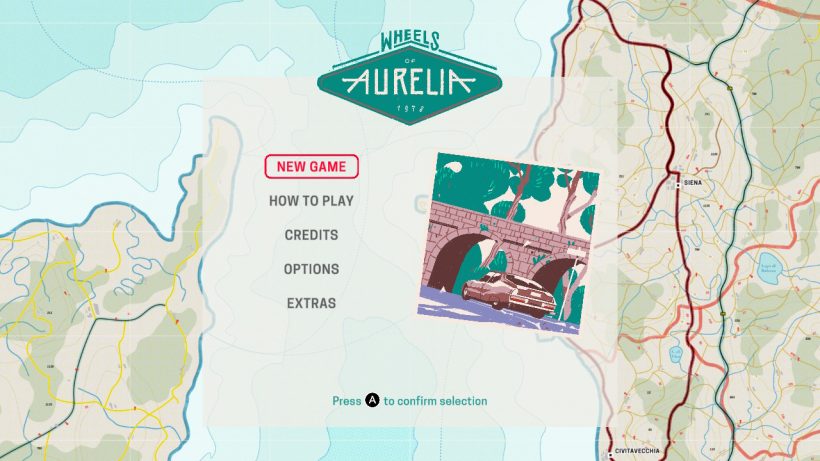 A road you’re better off not travelling down.

Wheels of Aurelia is an interesting take on the visual novel genre. Set in 1978 it follows the story of two girls travelling from Rome to Ventimiglia – the Italian-French border – as they try to run away from their life problems. Along the way they’ll meet strangers, each with their own backstories and, depending on the choices you make, each of them changing the conclusion to the story.

What separates Wheels of Aurelia from other visual novels is that you’re expected to actually drive the car as the story unfolds, adding a gameplay mechanic that adds something different from the usual reading blocks of text surrounded by static images that you’d associate with the genre. 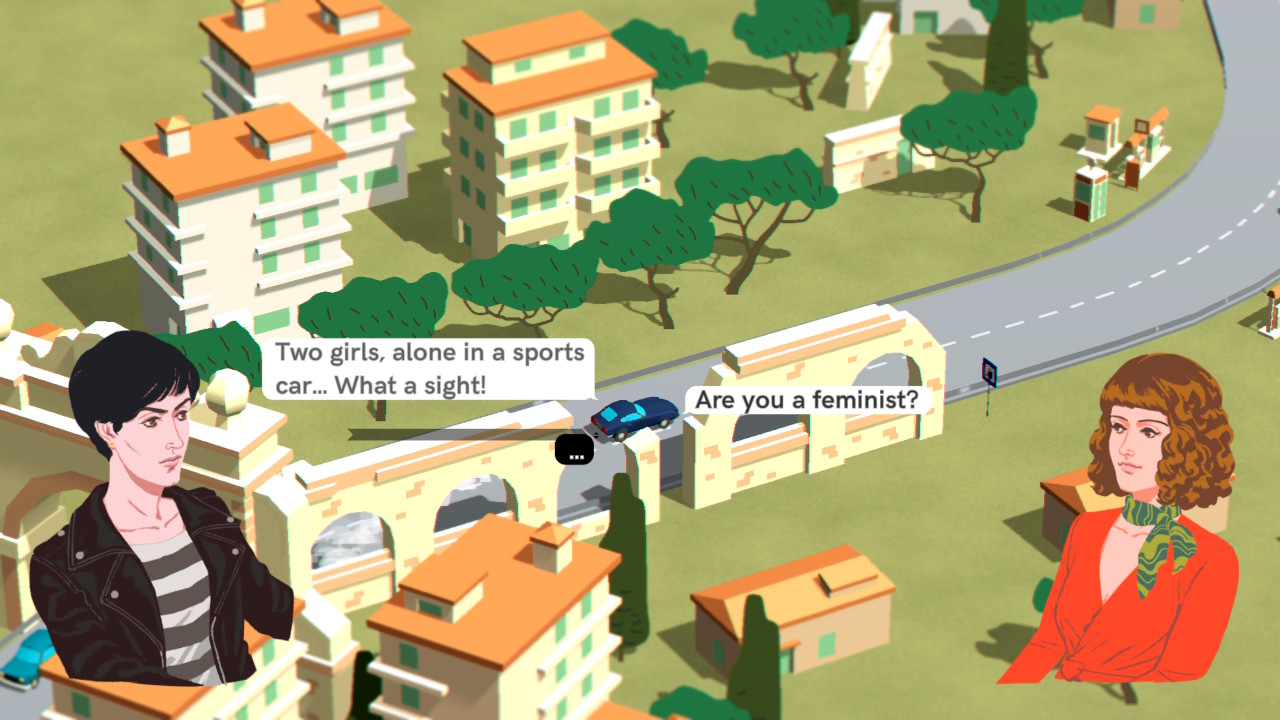 The gameplay here is quite simple to grasp, the car will normally drive itself, but you can speed up the car by pressing the B button. Whilst driving the car, text will pop up on the screen – when it’s your characters turn to speak you can press the Y button to change your dialogue option. Whilst evolving the story you’ll also be expected to navigate past traffic, you can do this by using the left analogue stick – with forks in the road which you can choose to turn off if you wish.

There are many different people who come into the story depending on which paths you take, each with there own dynamic personalities that can change depending on the dialogue choices and the turns you make. For example, in one playthrough I saw an instance in which one character turned particularly nasty based on the choices I made which affected the game’s ending dramatically. 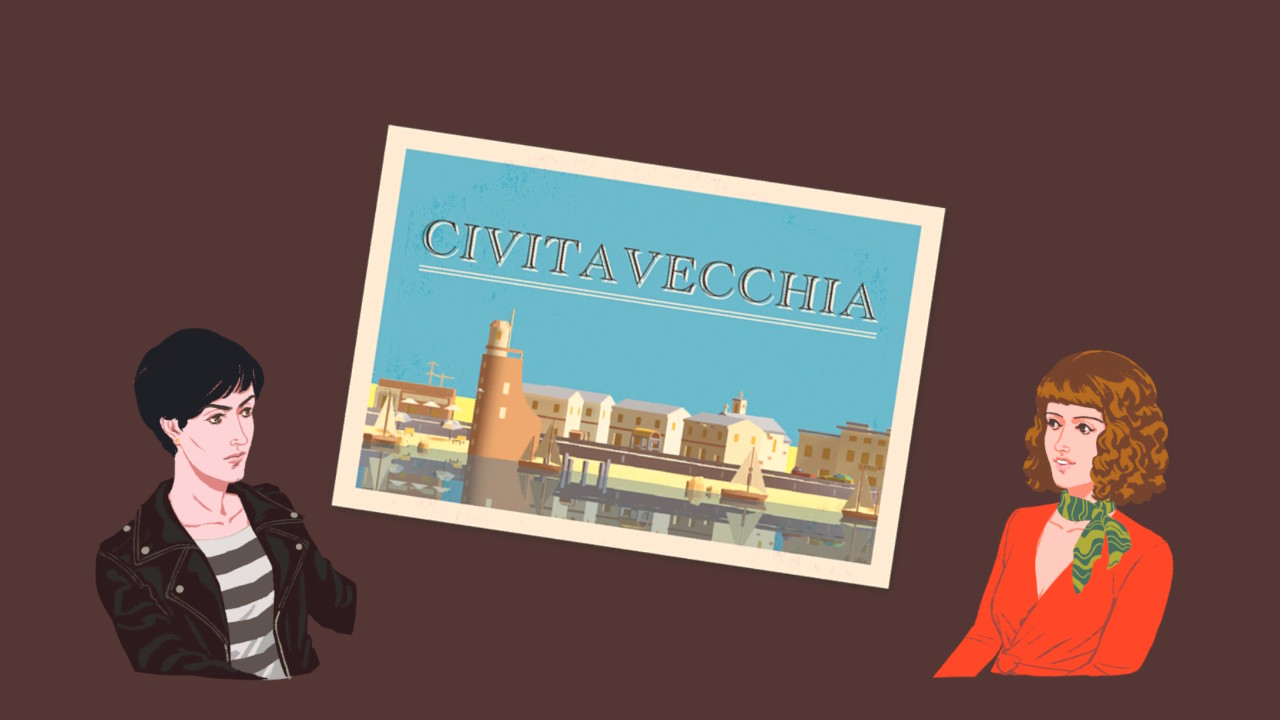 Speaking of endings, Wheels of Aurelia has 16 different endings to unlock which is great considering each playthrough only lasts around 10-15 minutes. Upon completing my first run through I was incredibly disappointed by the length of the game, this same disappointment was reconfirmed after subsequent playthroughs took the same amount of time. Before I knew it I had unlocked five of the endings and was well on my way for the sixth.

The presentation leaves a lot to be desired, I couldn’t connect with the art style at all and while the environments you travel through do change; none of them look like places I’d personally want to explore. The soundtrack, however, is filled with Italian rock songs that play in the background as you travel, and while they do sound catchy they’re too quiet to enjoy properly. 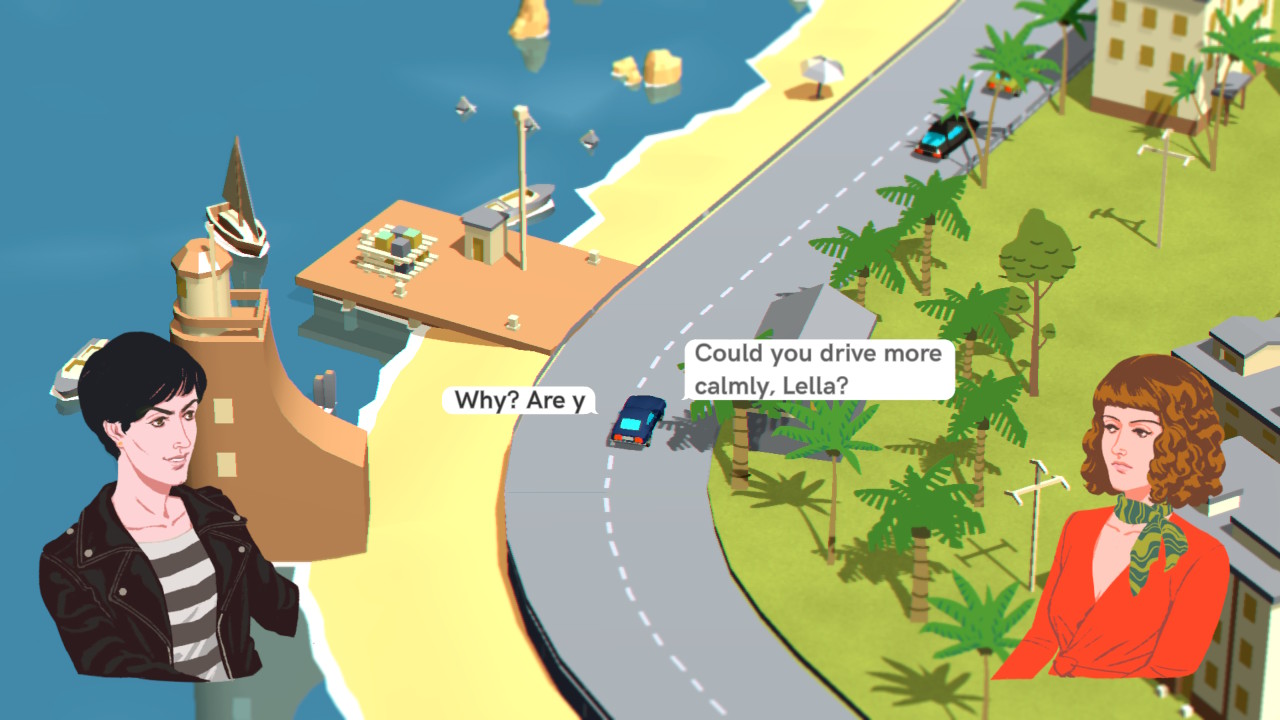 There are plenty of twists and turns throughout the story that might interest others, but I found it very difficult to care about the characters and events going on around me. Maybe if the game was longer I might’ve had more time to warm into the story and I may have been able to enjoy Wheels of Aurelia a little more. At its current price tag I would say there isn’t much here in the way of value for money: it may be better to wait for a discount before picking this one up.

Wheels of Aurelia is a disappointing attempt at bringing the Visual Novel genre to the Switch, it’s too short to be engaging, and at its current price tag seems a bit too steep.