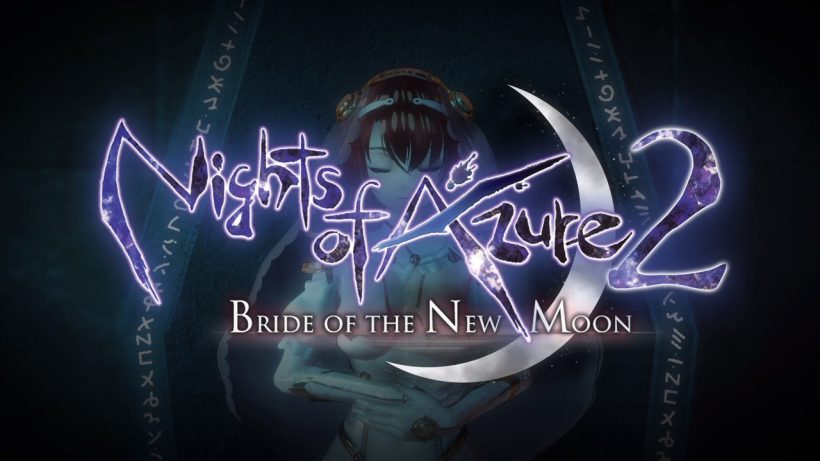 Let’s make this a night to remember?

Games developed in Japan often have very different themes and morals from those developed in the west, this is more apparent than ever in Nights of Azure 2: Bride of the New Moon. Azure 2 is a strange beast mixing together a lot of gameplay ideas that left me dazed and confused, and ultimately left a bad taste in my mouth. 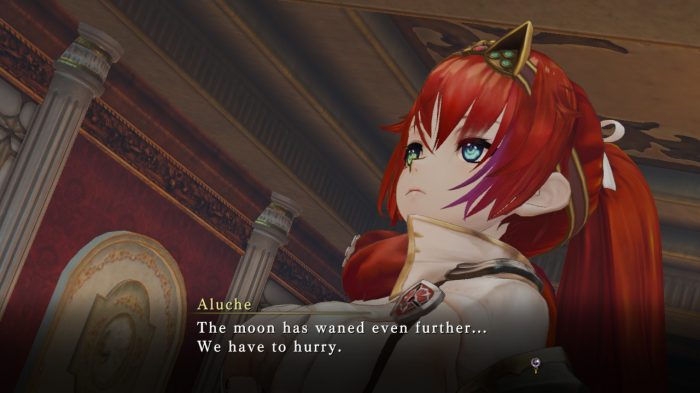 Nights of Azure 2 takes place multiple years after the first game in the series. The game’s world is inhabited with creatures infected with mysterious blue blood and a group known as the Curia have been tasked with defending innocent people from these creatures who’re constantly getting stronger thanks to the fact the world has been shrouded in darkness.

The main character of this story is Aluche, a member of the Curia who is tasked with guiding her childhood friend (who just so happens to be the Bride of Time) to the Curia headquarters, where she is to be protected from the Moon Queen – an evil entity who is controlling the creatures infected with blue blood. When Aluche and Liliana arrive at the Curia Headquarters they are attacked by the Moon Queen. Aluche is killed and Liliana goes missing. 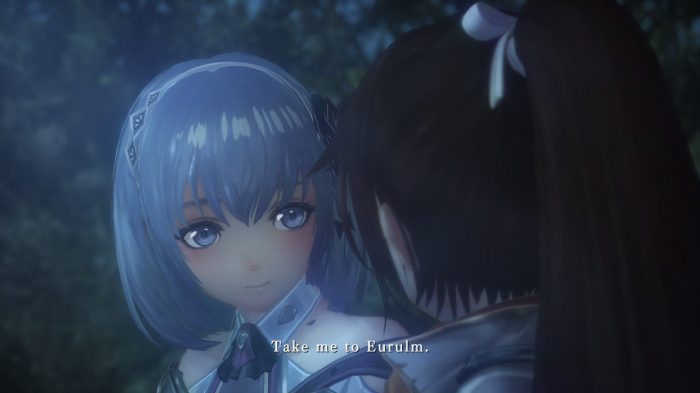 Waking up in a mysterious laboratory several days later, Aluche realises she has been reborn as a half-demon with Vampire tendencies. Learning that she has become weak, Aluche decides to adapt to her new body and rescue Liliana before the world is destroyed by the Moon Queen.

Nights of Azure 2 plays like a standard hack and slash game, think of it as a Dynasty Warriors game with a more in-depth story. Using the A button will perform a standard attack while the Y button allows for a slower but more powerful attack. You can string these attacks together to perform combo attacks and using the B button will allow you to jump – which can also be used in combat to perform aerial combos. 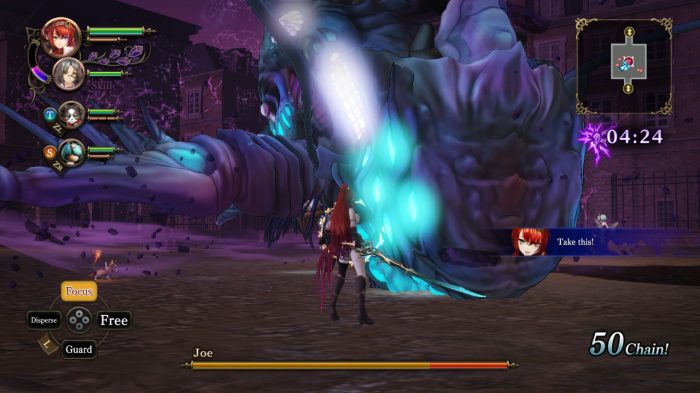 I personally found the game’s combat to be too repetitive, meaning that it became stale rather quickly. What didn’t become stale however were the game’s visuals, which were a standout point in the game for me – the anime art style looked fantastic in both docked and handheld modes. There were, however, some issues with performance as the framerate would drop in a lot of cases where there was a big group of enemies on the screen.

Nights of Azure 2 soundtrack also turns out to be a mixed bag, filled with gothic rock instrumental songs that sound energetic and engrossing in battle. However, in areas such as the Curia headquarters – where you’ll spend time upgrading XP and continuing the story – it can become quite repetitive. 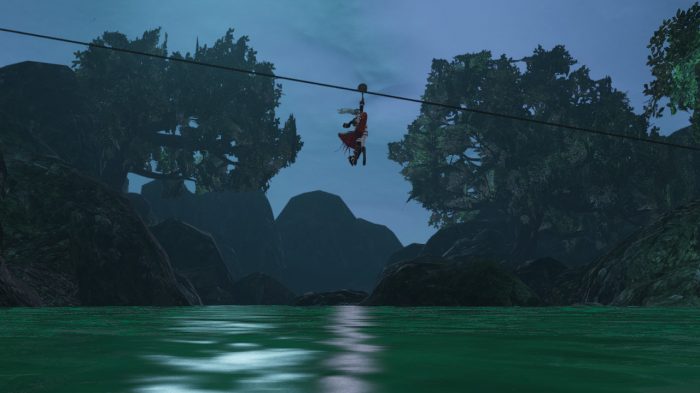 Nights of Azure 2 is a by-the-numbers Action RPG which never really enticed me. Some of the ideas such as the combat could have been more elaborated on but, instead, they feel very bare bones and the story didn’t grip me as much as other Action RPG’s before this one have done.

Nights of Azure 2: Bride of the New Moon

Existing fans of the Hack & Slash genre may find some enjoyment in Nights of Azure 2, but what awaits for newcomers is a by the numbers hack and slash game that does nothing to make itself unique.

4 thoughts on “Nights of Azure 2: Bride of the New Moon Review”