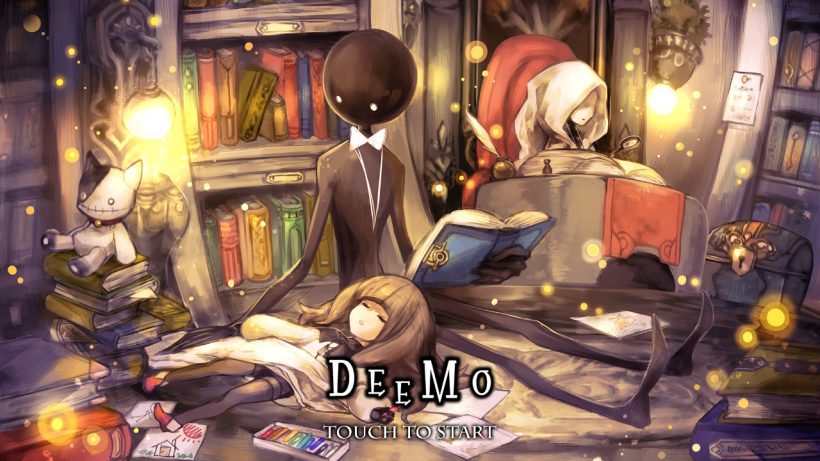 Deemo is Rayark’s second Switch port of one of it’s popular rhythm games. How does it hold up to its mobile origins and VOEZ – Rayark’s other Switch offering?

A young girl falls into a fantasy castle, so you play the piano as the stick-figure Deemo to grow a tree large enough to help her out of the floating window she emerged from. Sound weird? Well, if you’re new to games in the rhythm genre, then don’t be surprised by the fact that most of them don’t sell on the merit or length of the story – their general purpose is to give the game an art direction and in some cases, a little motivation to do specific tasks that progress the story and unlock you more songs to play. Despite Deemo following largely the same format, it has a narrative that, though strange and short, has an emotional and unexpected revelation that made my eyes well up at the end. The art is absolutely gorgeous throughout too.

Every few songs you play will grow the tree a little and when it reaches certain heights, a cutscene plays and new rooms of the castle open. You can navigate the castle in a point-and-click (touch) style and sometimes interacting with things will net you a new song, but more often than not it relays dialogue that helps develop the story. Very few songs are unlocked this way, and most are just given to you without being tied to the castle or cutscene triggers – although some are only distributed after certain points of the story are completed. And when you finish the game, the Forgotten Hourglass lets you start over to allow you to unlock a lot more content. 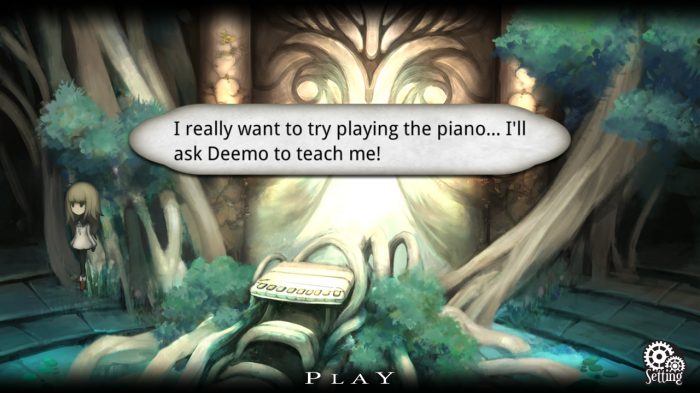 If you weren’t aware already, this is one of few titles that require you to play exclusively in handheld mode since you only use the touchscreen. Notes fall down to a line at the bottom of the screen where you’re expected to input by tapping when and where they overlap, or hold on the line for yellow ones. You’ve got Easy, Normal and Hard difficulties with levels from 1 to 10 that are applied between all categories. Very few songs require more than 2 simultaneous inputs even on Hard, so if you don’t want to play with your Switch lay down, you can hold it horizontally and use just your thumbs – even the songs you unlock post-game that exceed normal difficulty are largely playable with thumbs only. ‘Charming’ notes are this game’s equivalent of a ‘Perfect’ hit in other rhythm games, and while only having three tiers of hits (being Charming, non-Charming or a miss) is a refinement I don’t mind, I am a little disappointed I can’t see how many non-Charming hits I got in the results to help me reflect and improve. A minor gripe, but it’s my only one with the entire game.

What sets the gameplay apart is how musically accurate and engaging the scores are. Patterns that are implemented actually have chromatic significance regarding the notes’ relative position on the piano, rather than the fancy and more aesthetic patterns of games like VOEZ. As you tap the notes, a virtual piano relays other notes back like a music tracker. I also noticed how the wider a note is, the more simultaneous notes it represents, or sometimes how loud/significant the note is. Many songs have parts that aren’t piano, signified by a white stripe, and these aren’t relayed by a tracker. While I was initially phased by this design choice, I came to understand how useful this is to distinguish the piano from the other instruments when their parts overlap in more complex scores. The immersion I get from how accurate the scores are is so absorbing – maybe it’s because I’m a pianist myself – but even on easier difficulties where you mostly just tap to dominant chords or the beat, it’s amazing how music can convert that dominance into a feeling of empowerment. 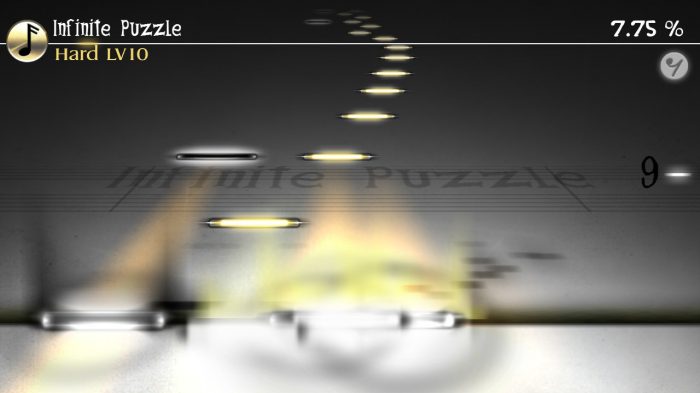 Piano may be the core of the game, but that doesn’t limit the amount of genres Deemo dabbles in. I was amazed by how many times family and friends chipped in while I was playing to say “Oh is that [genre] music?” with my favourite being “So when does playing the piano become dubstep?”. Like VOEZ, most of the music is from primarily Japanese and Taiwanese composers; but unlike that game, Deemo isn’t saturated with all the same kinds of music. There are a few overlapping songs between the games, yet because of the focus on the piano and being chromatically accurate, the scores are drastically different experience here. Also of note is how amazing the music composed specifically for the game is, I’ve even added several pieces to my personal playlist!

The freemium model and slow progression of the mobile version has put me off for years, so I’m glad this version has been made for the Switch. Although for new players, the higher price might not entice them to try it. All of the updates and DLC from the mobile version has made its way to the Switch aside from the PS Vita exclusive content (more songs and an alternate version of the story) which would have been nice to include, but it’s hard to complain when it comes with a song selection of well over 200 right off the digital shelf. VOEZ got a demo and has been supplied with more content through free updates, and I’d be surprised if Deemo wasn’t treated this way eventually. 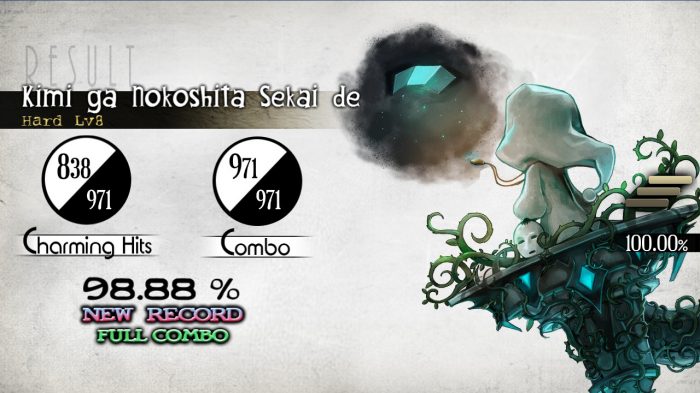 Reviewing Deemo has been surprisingly challenging for me. Condensing my amazement at Rayark’s attention to musical detail and still convey all aspects of the experience for the more casual audience hasn’t been easy to balance in one piece. As a musician and decently skilled player of the genre, I just hope I did my new favourite rhythm game justice with my words.

Deemo excels in every aspect for a game of its genre. On the surface it may seem like any other rhythm game, however its musical accuracy combined with a stellar and diverse song selection makes it an incredibly captivating experience – it even has an emotional story! The premium package will seem a lot to those not into the genre, but it’s an easy recommendation for anyone who is