Over the years, we’ve had plenty of games and films focusing on what it means to be the Batman, but with a surprisingly pleasing twist on the formula, Telltale predominantly casts aside the cloak to take an intimate look into the world of Bruce Wayne. What follows is a mostly thrilling ride encapsulating some of Batman’s most iconic villains, but ultimately Batman: The Telltale Series falls into safe, familiar territory in order to please long-term fans of the franchise.

Those familiar with Telltale’s work will likely know what to expect here. Batman: The Telltale Series collects five episodes (initially released separately on a roughly monthly basis), each of which will take you around 1 – 2 hours to complete. In typical fashion, Telltale limits player interactivity mostly to dialogue options and quick-time events, weaving a carefully curated story that can be moderately altered by player choices and actions. This is mostly handled very well, although there are admittedly some choices that initially felt consequential, however they ended up having little impact to the overall plot. 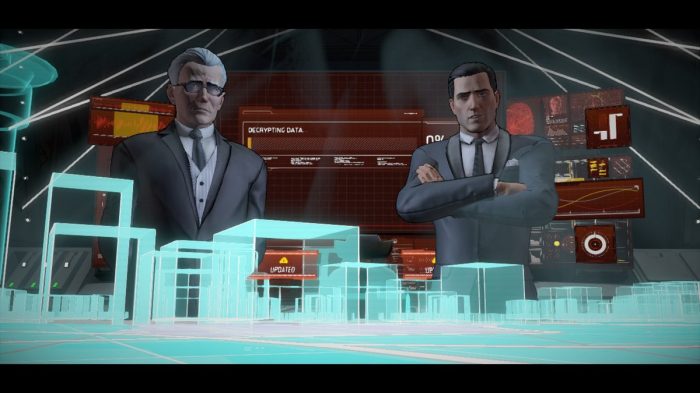 The series kicks off with Bruce Wayne (played here by industry veteran Troy Baker) throwing an appropriately extravagant event for his friend Harvey Dent’s mayoral campaign. Following a rather unwelcome visit from crime lord Carmine Falcone, Bruce begins to unravel a conspiracy involving his deceased parents, who may not have been quite the upstanding citizens Bruce was lead to believe. To say anymore would spoil the plot for newcomers, but I was surprised to see Telltale make bold alterations to some of Batman’s staple characters. Whether this is a good thing or not would depend on your own personal experience with the franchise, but I was thrilled to see the formula mixed up a bit.

In addition to the dialogue paths presented to you throughout the experience, you’ll occasionally need to make use of Batman’s detective skills in order to piece together cold crime scenes. By identifying clues scattered throughout the environment, you can link them together to ultimately form a play-by-play recreation of the crime. This all sounds fascinating in theory, but I often found these sections would bring the flow of the experience to a grinding halt, and I’d soon be itching to get back to the tried and tested Telltale formula. 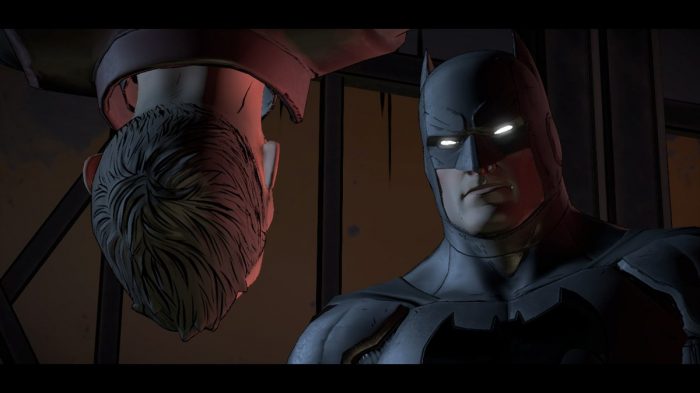 Technically, Batman: The Telltale Series holds up reasonably well on the Switch for the most part. I came across minimal bugs and glitches in my time with the game, but it’s clear at this stage that the engine is in dire need of an overhaul. For a game that looks so basic (albeit, stylish) in appearance, it’s inexcusable at this point to experience dips in frame rate throughout, let alone game-breaking bugs. Optimisation is poor regardless of what system you’re playing on, and this needs to change.

By now, you should know what to expect from a Telltale experience, and whether or not you purchase Batman: The Telltale Series is dependant on your interest and/or experience with the Batman property. There’s little here to change up the formula that the developer has honed over the past few years, and it is arguably in need of a drastic shake up, but it’s nevertheless an enjoyable ride that fans and newcomers will soak up. Bring on Season 2.

Batman: The Telltale Series brings together some of the franchise’s most iconic heroes and villains, weaving a story that is intriguing and thrilling for the most part. It can be predictable at times, and the game engine is well past its sell by date, but fans and newcomers alike will love what Telltale have crafted here.