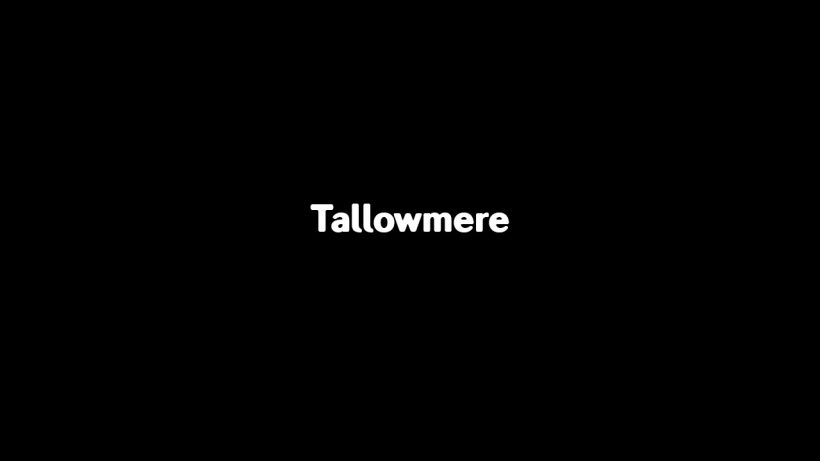 Should you judge the book by its cover?

It’s often said that indie games are often recognized for their inventiveness, however in more recent times, there has been an explosion of those in the rogue-like genre. Now, only the best ones manage to stand out as being worthy of your time and money. Tallowmere is another of these many rogue-likes and, unfortunately, doesn’t have anything new to offer you to justify either your time or hard -earned cash.

Tallowmere places you in a randomly-generated dungeon every time you start a new game and it is up to you to defeat all enemies, find a key to the next room and progress – or (as is more likely) die during your attempt. As with all typical rogue-likes, death means you lose all your progress and have to start things again from scratch. Just like almost every other rogue-like ever, like Spelunky, The Binding of Issac, Question of Dungeons or many other titles – although those do it better. 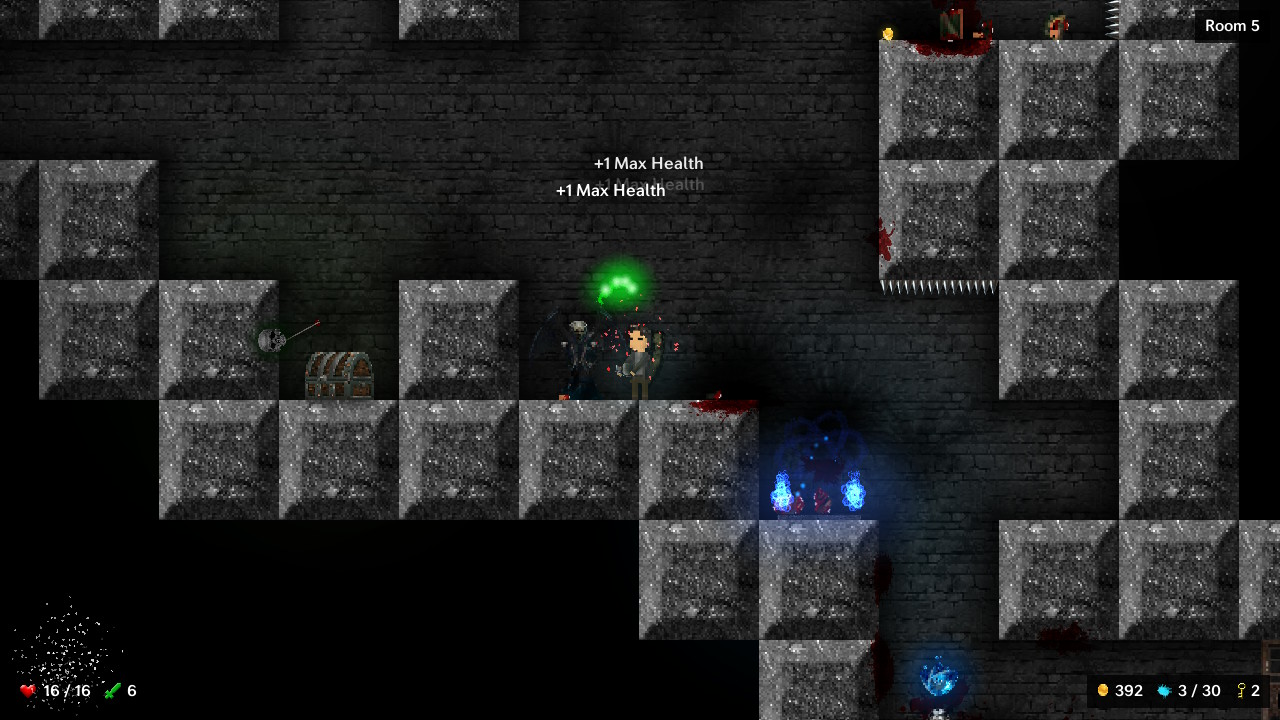 Tallowmere takes this overused rogue-like template and delivers a (standard) 2D action-platformer which doesn’t have much semblance of a plot. All you know is that Lady Tallowmere has created a bunch of dungeons for you to explore. As you roam around the many random rooms, you’ll have to jump through hazards like spikes by pressing the B button and can attack your enemies with the weapon you currently have equipped by pressing Y. You also have a shield at your disposal and can block all sorts of projectiles by holding it in front of you with the ZR shoulder button. These elements could combine to make a pleasurable combat system, if it wasn’t for the cumbersome level layouts and random enemy behaviour.

In what becomes a bit repetitive, levels are composed of a series of small corridors, teeming with traps and hazards everywhere. A particular aspect of Tallowmere is that you can jump indefinitely. Due to this, the game doesn’t shy around the idea of having more vertical rooms. Problem is that it just doesn’t add much to the gameplay – as enemies will constantly collide into you, creating situations in which you’ll find yourself stuck and not being able to damage the enemies due to environmental constraints. 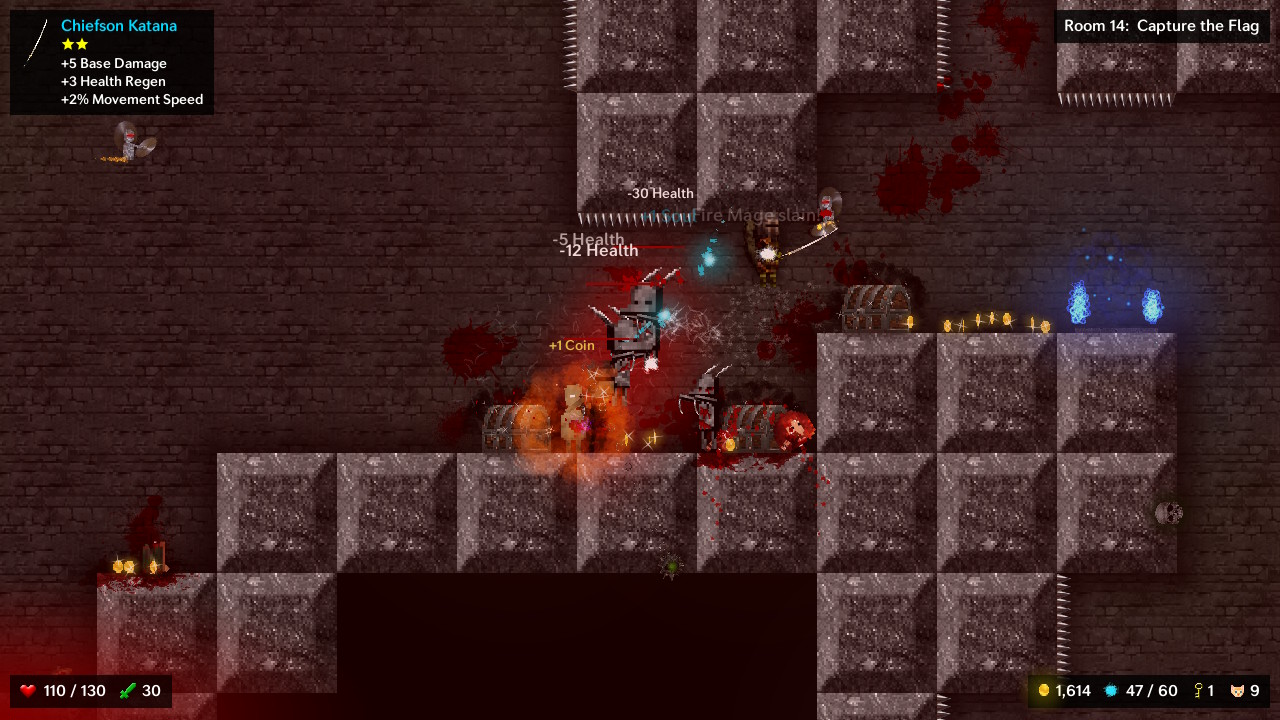 Tallowmere does bypass this with some unique areas that you will encounter as you progress. There is a kind of hub area, in which Lady Tallowmere and other characters can be found. Some of them will allow you to make the game harder by activating challenges, or make it easier by… well, sacrificing some cats. Other than that, these characters can also be found in other rooms, creating different situations with unique challenges to be completed.

Worse than the lack of innovativeness or clunky mechanics, though, is Tallowmere’s presentation. Visuals are way behind of what you can expect from the most simplistic pixel art style, and character animations range from basic to none whatsoever. Sprites seem to just shake when walking, and characters explode in a flashy light show when they die – making it hard to even understand what is happening. Tallowmere’s soundtrack isn’t as bad but doesn’t add much when combined with the rest of this messy game. Tallowmere is an eyesore and, unfortunately, isn’t much better to play.

Although not original when it comes to the use the rogue-like template, Tallowmere could have taken form as an enjoyable 2D platform game if it wasn’t for its messy layout choices and poor art style.