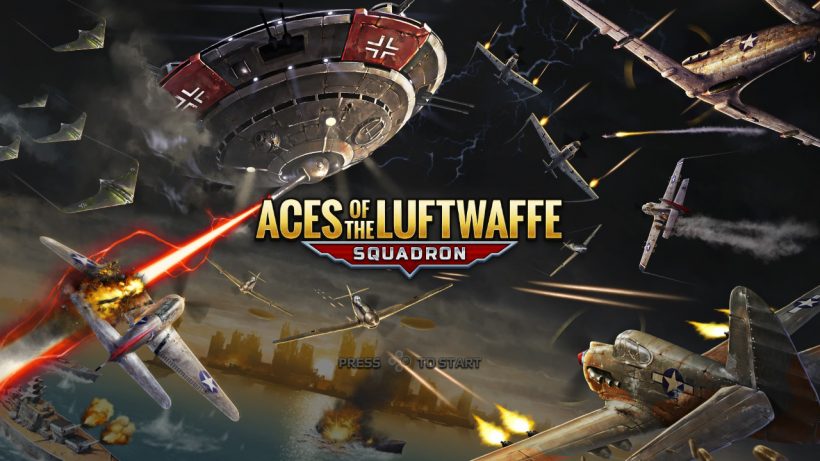 The most unfit squadron will do the job.

Even though the Switch allows for most games to be experienced both as console and handheld experiences, there are genres that fits better on one or another. Among them, shoot ‘em ups are definitely a perfect fit for portability, due to its easy-to-pick, arcade-ish design philosophies. Aces of the Luftwaffe – Squadron is the newest entry of the genre, and brings to the table a solid (but not flawless) dogfighting gameplay, that can be enjoyed alone or with friends.

Aces of the Luftwaffe’s premise is buffoon-y enough for you to jump straight into the action. Its main campaign is composed of five chapters and begins during the final moments of World War II. After freeing Europe, a high-tech German army invades the USA with an unknown objective, and starts to wreak havoc on the most important cities and landmarks of the country. It is your job to command a squadron of four aeroplanes (with the help of your friends, if you want), and stop the German invasion in what is a very standard shoot ‘em up action. 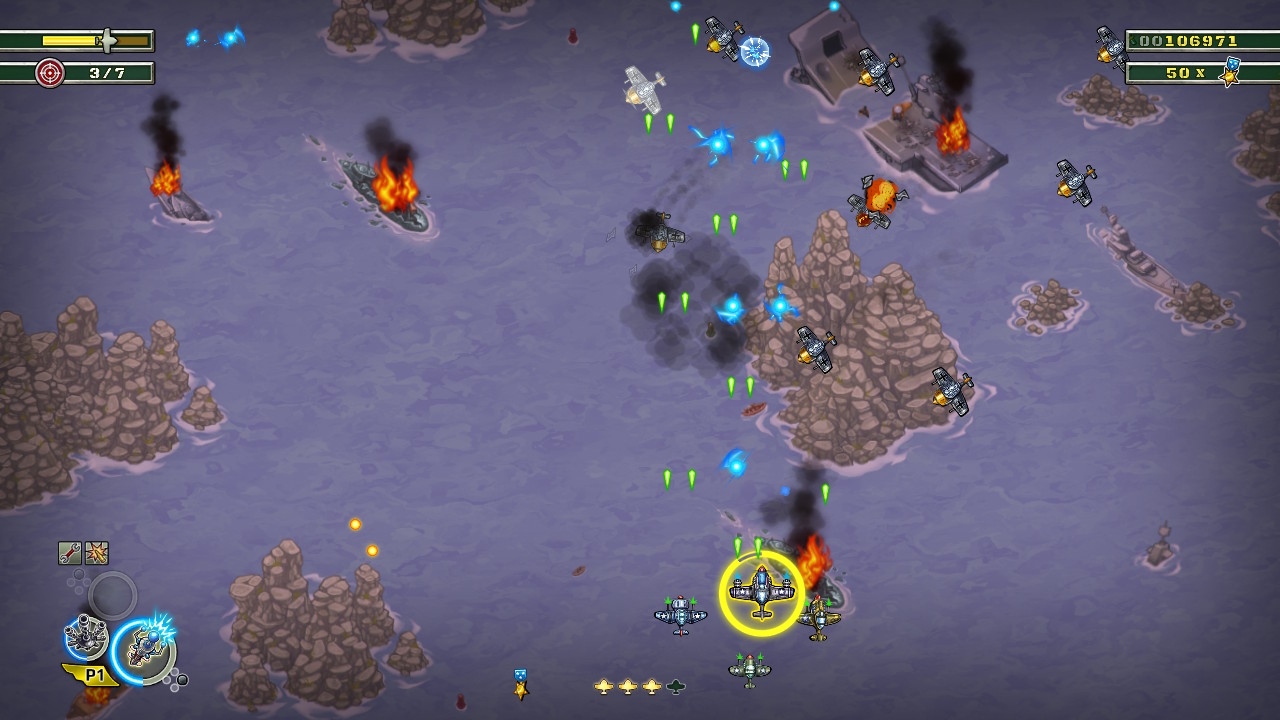 The basics of the genre are intact here: the playing field has an auto-scrolling effect, and enemies can spawn from all sides – following a set pattern and trying to shoot you down as they traverse through the screen. You then must move your plane with the left stick, dodging all the hazards, while you do your best to shoot them back. Medals and crates will spawn from downed enemies, and must be gathered in order to increase your player level and unlock power-ups for your weapons, respectively. With these standard shoot ‘em up mechanics, Aces of the Luftwaffe creates an enjoyable basic gameplay loop, but it also has some different details that add unique flavours to some levels.

On top of the shoot ‘em up gameplay, each level will have a different sub-quest, which will demand different approaches to the battlefield. On some of them, you’ll have to deploy or gather weapons in specific locations; others will put you in pursuit of a more powerful enemy. Overall, these objectives make each level unique and keep the game fresh until its last moments.

Aces of the Luftwaffe adds to that a persistent level up system, which can be used to upgrade each one of the four pilots. This is a very interesting system, especially when you play alone. You have direct control of a single pilot, but the three others will fly around you, and you can use the special abilities from all of them. This way, you’re encouraged to upgrade them all, so you can have a wide array of power-ups and special skills. 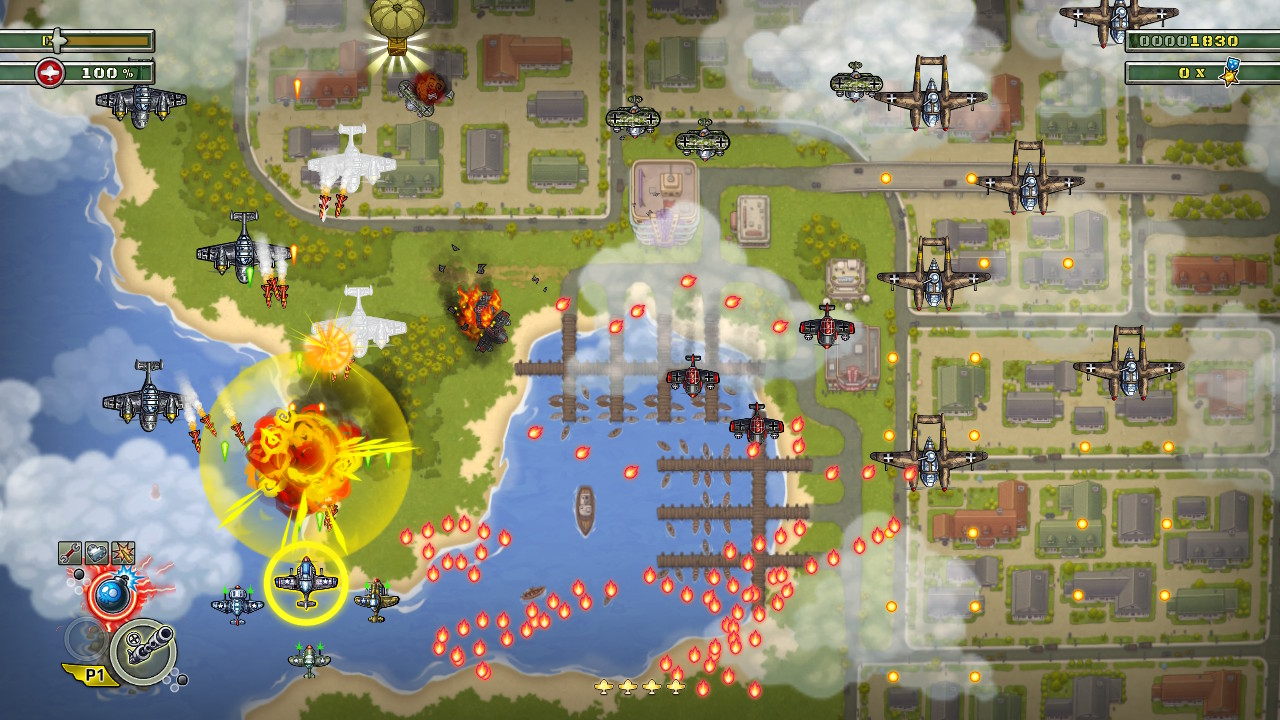 All these power-ups, special skills, as well as the pilot’s and enemies’ planes are portrayed in a cartoonish art style. There is a good variety of scenarios, and the game uses many lightning and cloud effects. Sometimes, the backgrounds become somewhat blurrier or pixelated when the planes zoom in or out in the air. Some staggering is also noticeable when the action gets more intense, and there is too much stuff on the screen. These are minor issues, though, because Aces of the Luftwaffe – Squadron manages to deliver a very fun shoot ‘em up experience overall.

Ace of the Luftwaffe - Squadron

At first glance, Aces of the Luftwaffe – Squadron doesn’t seem to be much more than a solid shoot ‘em up with a cartoonish art style. It does add some little twists to the formula though, and, despite its minor performance issues, it delivers a fun arcade experience that fits perfectly on a handheld, and gets better with friends.