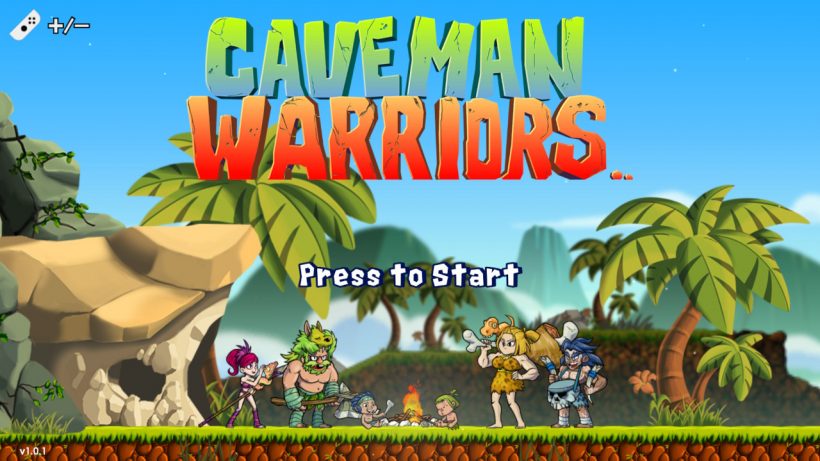 Caveman Warriors starts with aliens invading earth and kidnapping the children of the four main characters; Jack, Brienne, Moe and Liliana. The gang decide to go out and rescue their children from the evil alien race, taking out any enemies that may stand in their way.

The controls are very easy to get used to, B performs a standard jump while A lets you perform a special jump that allows you to cover more distance and gain more height. Y performs a standard attack and X will make a temporary marker above your character so you know where they are on screen – this can be especially helpful if you’re playing 4 player co-op, where there can be quite a lot going on at the screen at any one time. 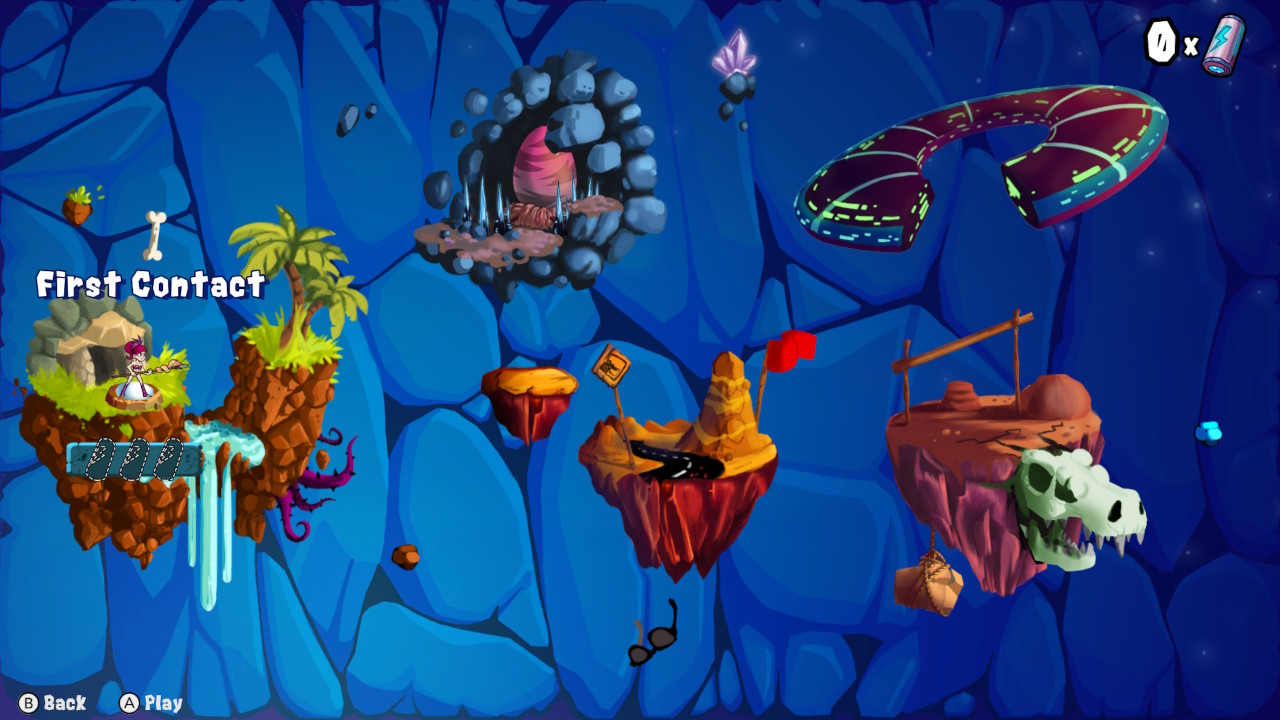 The game takes place over five main levels, starting in the home village of the main protagonists and eventually leading them into an alien spaceship where their children are being held. Each level contains a mini-boss and a main boss. Also, hidden in each level are three batteries which when you collect them all and complete the level you’ll unlock a special stage.

You’ll start each level with four lives and you’ll take damage if you make contact with an enemy or if you fall down a ditch. Your health bar is at the top left-hand corner of the screen and if it depletes you’ll respawn at your most recent checkpoint until you run out of lives. The main issue here is that checkpoints can be badly spaced throughout the game meaning death can send you quite far back. 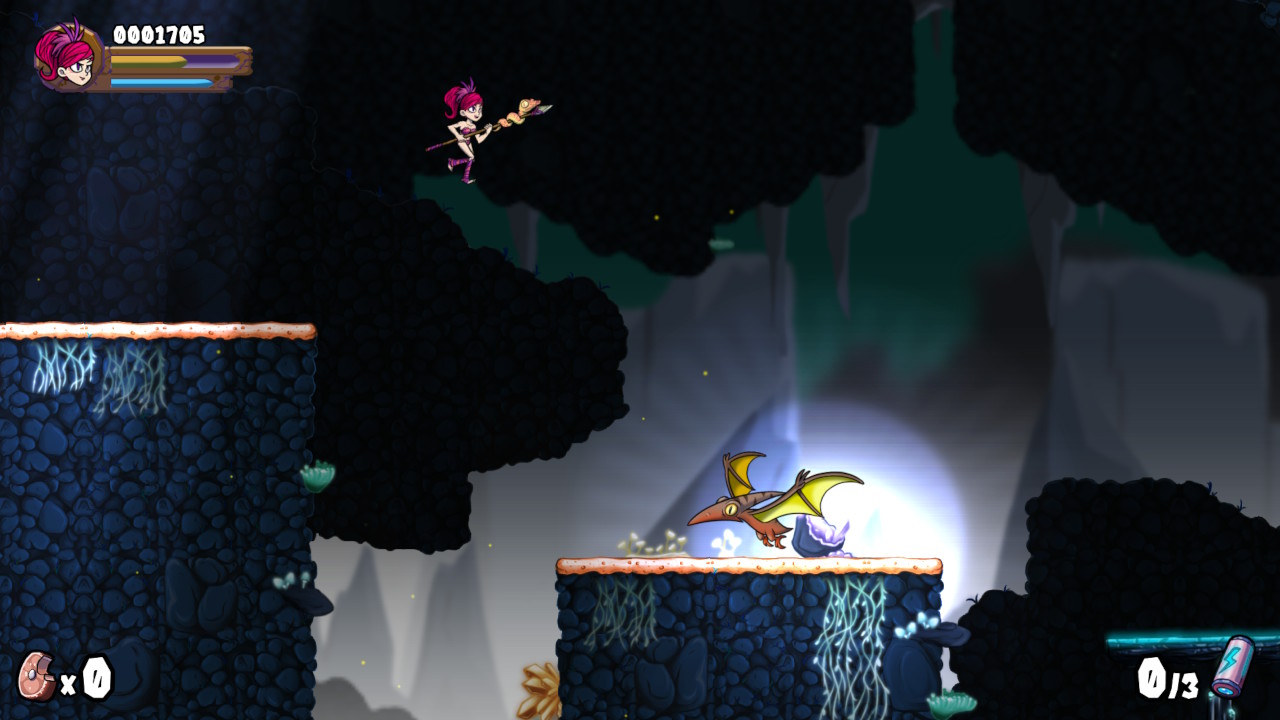 My main problems with Caveman Warriors came with the games overall difficulty. While the platforming challenges are incredibly easy to get used to there are normally far too many enemies on stage at any one time that make things difficult. You’ll have to take a step back with each death to think about how to approach each wave of enemies, which I personally found to be quite annoying and slowed down my progress in-game.

Another thing I disliked with Caveman Warriors were the enemy designs. Apart from the alien creatures which are mostly reserved as bosses, a lot of the standard enemies you encounter are often uninspired – varying from similar cavemen that you play as to Pterodactyls who’ll fly off stage only to arrive back on stage a few seconds later flying lower in order to attack you. Again, it’s all about thinking how you’ll take on specific groups of enemies you’ll encounter. 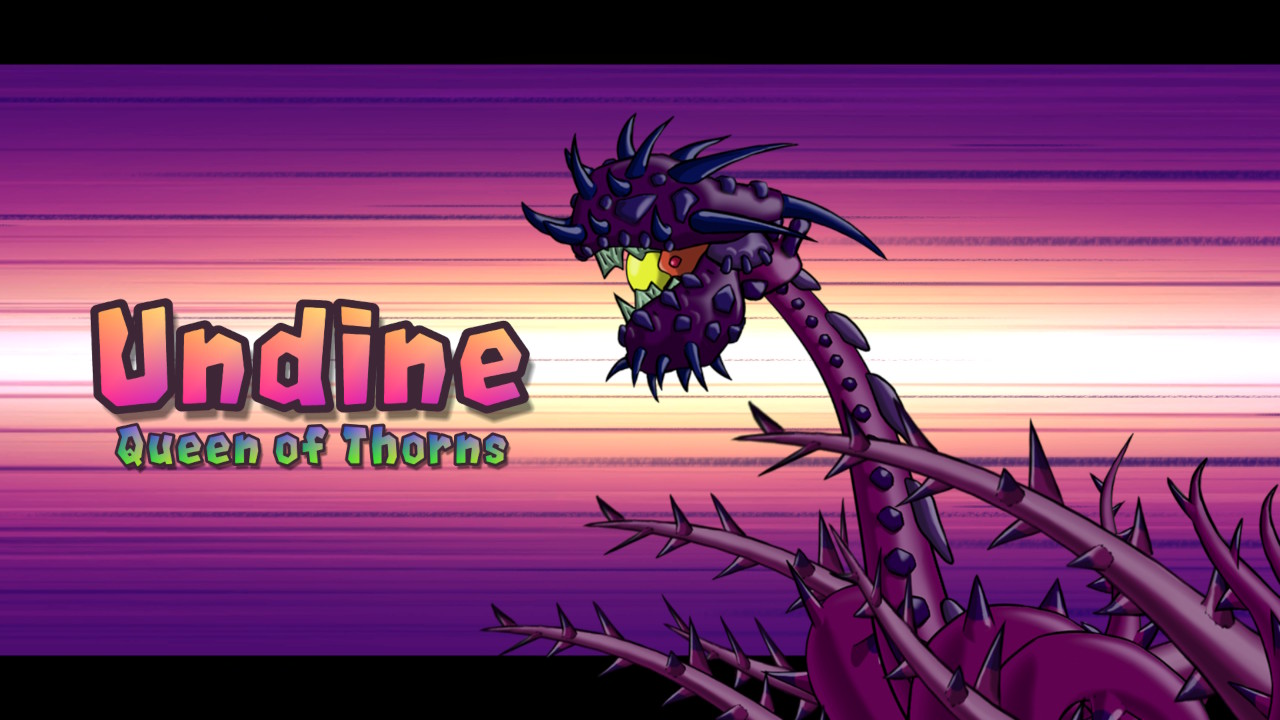 Caveman Warriors isn’t the worst looking game I’ve played on Switch, in fact, the graphical style is rather nice with environments and characters looking colourful and animations they perform looking great. The soundtrack is all quite enjoyable providing some prehistoric sounds, my main issue with sound design here was when characters respawn after death, they make awful laughing noises which just seemed out of place in my opinion.

Caveman Warriors had potential to be a pretty great co-op beat em up adventure, however it’s let down by too many issues making it more of a frustrating experience than a fun one. It could be fun if you play with friends but in single player you might find yourself bored all too quickly.

Caveman Warriors has too many problems to make it fun. If you’re playing in 4 player co-op it might be entertaining, but in Single Player mode it’s far too dull to be enjoyable. Maybe it should’ve stayed in the Stone Age?