Developed by Finnish studio Frozenbyte of Trine and Has-Been-Heroes fame, Nine Parchments is an isometric dungeon-crawler featuring intuitive twin-stick gameplay mechanics and genuinely gorgeous, colourful visuals. Set within a magical fantasy kingdom, it stars a group of wannabe wizards who set off on an adventure to gather the mysterious ‘nine parchments’ and complete their spell books. It’s a lighthearted affair, and its tone often reminded me of the Fable series, albeit with a more child friendly approach to its combat and narrative.

The game is split into handy bite-sized levels ideal for taking on the go or breaking out during a brief coffee break at work, with some fairly tough boss battles thrown in to mix things up a bit. From the start, your chosen character has three different spells at its disposal, and it’s down to you to choose which spell will work best for the job at hand. Sadly, this is a system of fairly limited depth – you’ll mostly use your fireballs to deal with ice-based enemies, and a beam of liquid ice to dispatch fire-based enemies. Once you face off against an elemental enemy for the first time, it’s easy to recognise them going forward, making the game quickly feel a tad repetitive. 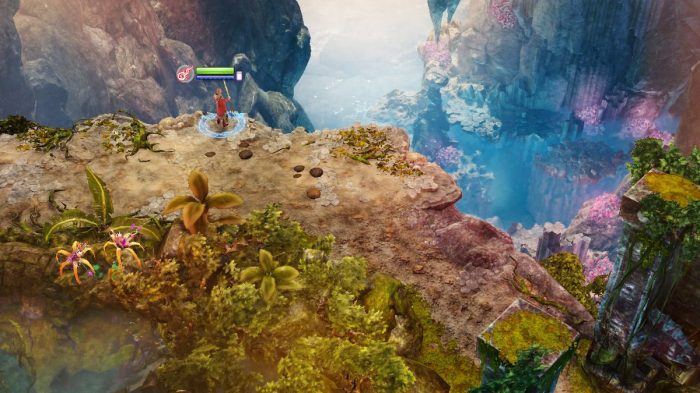 Thankfully however, the further you progress, the more the game likes to throw enemies of various strengths and weaknesses at you all in one go, forcing you to quickly change tactics and take stock of each scenario. Additionally, the control scheme works so well that it’s easy to forgive the game’s limited scope – you move with the left stick and aim with the right, firing off your spells with ZR. You can also melee enemies with ZL if you find yourself in a bit of a tight spot.

You can play through the game entirely in single-player if you wish, but doing so will severely limit your enjoyment of the experience. Nine Parchments was clearly meant to played with multiple people, and even adding just one extra character can boost the enjoyment exponentially. You can work together to combine your spells into more powerful versions, but the enemies also scale in difficulty according to the number of players, ensuring that you never find yourself breezing through the game. On the flip side, if you’ve only got one Switch, you’ll need to use one Joy-Con per person, which completely disables the usage of the aiming stick, making basic commands a bit trickier. 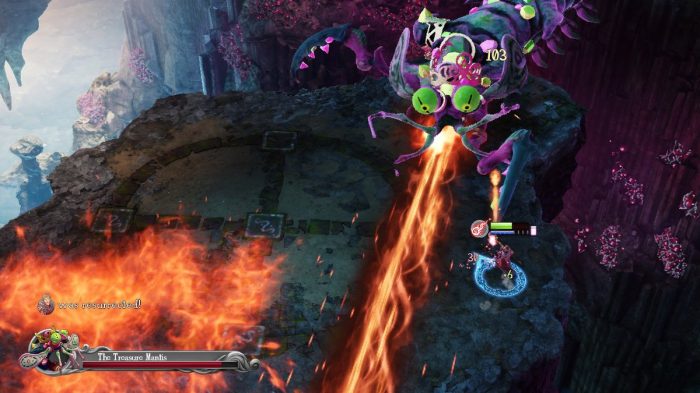 Perhaps the biggest compliment I can give to Nine Parchments is that it’s easily one of the prettiest third-party titles to land on the Switch. The characters and environments are surprisingly detailed – water is fully translucent, allowing you to see right down to the river beds, and the foliage gently sways to the wind. More than anything though, the game is wonderfully bright and colourful – everything pops from the screen whether you’re playing in handheld or docked mode. It’s a true feast for the eyes.

For its price, Nine Parchments delivers an impressive dungeon-crawling experience that is a genuine blast to play with friends. If you’re a fan of games such as Magicka and Diablo, you definitely need to try this one. For others, the game’s limited scope and often boring single-player mode holds it back from being an essential purchase.

Nine Parchments is a charming little dungeon-crawler that boasts some truly stunning visuals and intuitive gameplay, but suffers from a distinct lack of depth. Nevertheless, if you can get a group of pals together, you’ll be in for a spellbinding time.