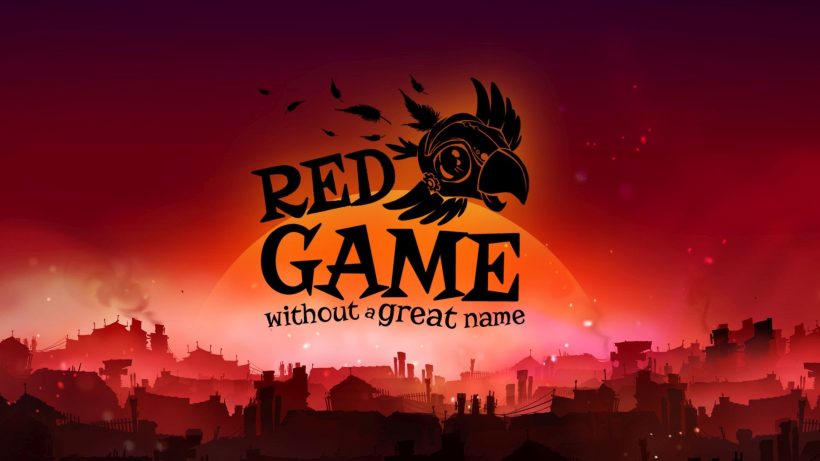 Red Game Without a Great Name is a bird-related game ported from mobile that has you seeing red, and yet it has nothing to do with knocking down pig forts.

Playing as a mechanical bird, your aim is to get across to the finishing bird cage, avoiding numerous different obstacles along the way by dragging your finger across the screen to teleport whilst moving in various different directions. Featuring 60 levels to complete (each with 3 coins to collect), the game’s fast paced levels achieve the sort of arcade, “one more attempt syndrome” gameplay you’d expect in a pick up and play iOS or Android title.

Due to it’s origin in mobile development, the game operates purely via touch screen controls, and so is another title to be handheld only. Further still, there is no joy-con integration at all (which is slightly disappointing), and so I actually just disconnected them and played with the game as a tablet. It felt fairly liberating (aside from the eventual hand cramp), and it also showcases the effectiveness of the new capacitive touchscreen on the Switch, which is a new endeavour for Nintendo (with the DS and Wii U systems featuring a stylus based resistive approach).

This is the first Switch game I have played completely in tablet mode, and it shows the versatility in the Switch library, from huge triple A titles such as Zelda and Mario, to pocket sized mobile games such as this one.  In my opinion, it is a more than welcome addition for those after this sort of bite-sized game, but it is still more suited to your phone.

The game’s steampunk, silhouette (not unlike that of Limbo) style is monochromatic, centred around one specific, anger-inducing colour. You guessed it: Red. It’s a nice, albeit simple look that diverges it from other black and white steampunk styles. In combination with the contrasting jovial music, it makes for an infuriating feel that would make a matador proud. I am seeing red in both senses. One thing that is worth mentioning is that at some points it is difficult to see exactly what’s going on, and I feel like the option to turn up the brightness would have been nice.

The gameplay itself is pretty straight forward in how it is presented. The three gears in every level add variable difficulty to each stage, but as far as i can see they are ultimately superfluous and so there is no real incentive to make each level harder when you can just teleport way past them and move onto the next level. Admittedly, alongside the death counter (a Super Meat Boy-esque counter that shows how much you sucked in that last level), it does create replay value and so it will have merit to some who enjoy the pain. I found myself not bothering after the first few levels.

Red Game Without a Great Name

Red Game Without a Great Name is a decent mobile, arcade-style game that shows the versatility of the Switch’s hardware. At a good price it’s hard to criticise what it achieves, although it makes me wonder whether it is worth picking up on this console, as it probably runs better on your phone.