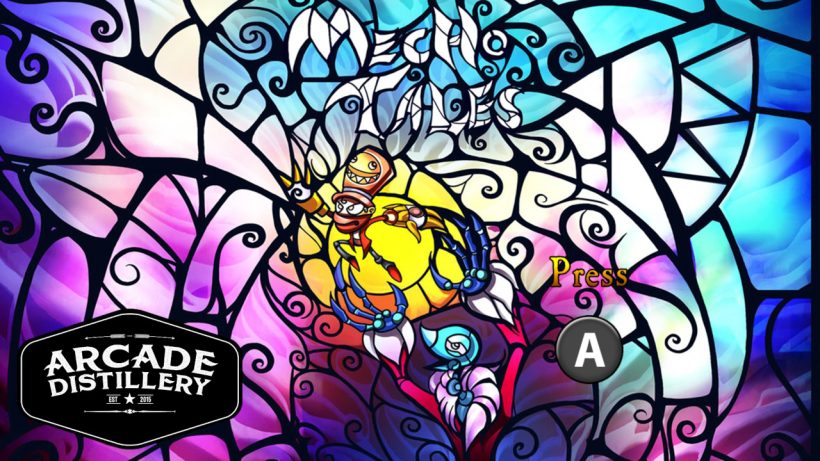 Never judge a book by its cover.

Mecho Tales originally released on PlayStation platforms back in October 2017 and now finds its way to the Nintendo Switch eShop. Is this a game worth spending your hard earned cash on, or are there better indie platformers available?

The game starts with the unnamed main protagonist stealing blueprints from Jumali’s lair before escaping. Your character will spend the next 16 levels blasting his way through enemies and collecting cogs which can be used to help build these plans that he has stolen, increasing his firepower in an attempt to destroy Jumali once and for all. 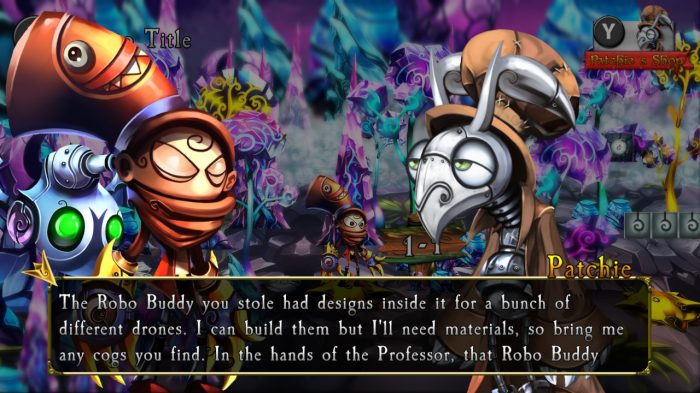 The plot feels very simple and doesn’t evolve much from the opening cut scene, instead you’re left to try and figure out what’s going on for yourself which is a shame as I feel more could’ve been done to make Mecho Tales a more exciting experience, instead the story feels half-baked overall.

There is one other character of note named Patchie, he acts as a shop keeper where you can spend your hard earned cogs on upgrades for the hero, these come in the forms of different kinds of drones which fire different types of weapons. 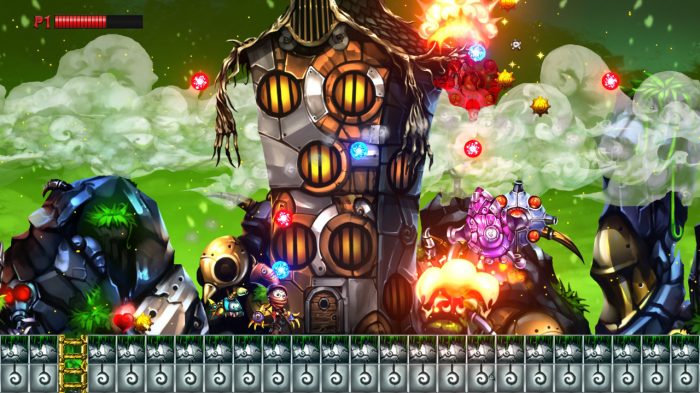 You’re give a drone to start off with which fires normal bullets at a reasonable pace but this can also be upgraded to a slower gun which takes more damage with each shot, a lightening weapon which when it makes contact splits into multiple lightening bolts that bounce off the walls and can damage other enemies on screen among others.

The controls of Mecho Tales are quite easy to get used to, the left analogue stick will move the protagonist from left to right, while the right analogue stick allow you to shoot your drone in a 360° angle, while the ZR button is reserved for jumping. The main issue I had with the controls is that shooting didn’t always feel accurate as to where I was moving the analogue stick and often lead me to dying quite often. 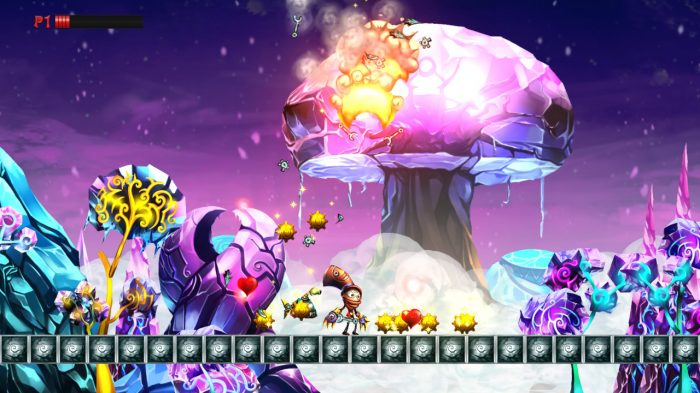 Speaking of difficulty, Mecho Tales felt rather unbalanced to me, I feel like I had more of a struggle in the games first world then I did in any of the later worlds; I’m not sure if this was down to me getting used to the controls or whether the game just genuinely got easier in later stages, but it did feel rather odd to breeze through successive worlds after struggling on the opening one.

The art style of Mecho Tales is simply beautiful, you can tell that a lot of effort went into designing the games eight different worlds, as each environment is vibrant and full of colour and are pleasing to the eye. The soundtrack on the other hand is rather dull, the same music is played throughout each level and leaves you wanting more. It’s a real shame that Mecho Tales falls short of the sum of its parts, as I feel if the gameplay was better and the difficulty more balanced we could’ve been looking at a must buy title, instead we’re left with a mediocre platformer that might be best picking up at a reduced price.

Mecho Tales is a beautiful game that takes homage from classic platform games such as Mega Man, sadly its dull gameplay doesn’t quite match the effort put into the designs of the characters and worlds leaving a mediocre adventure in its wake.