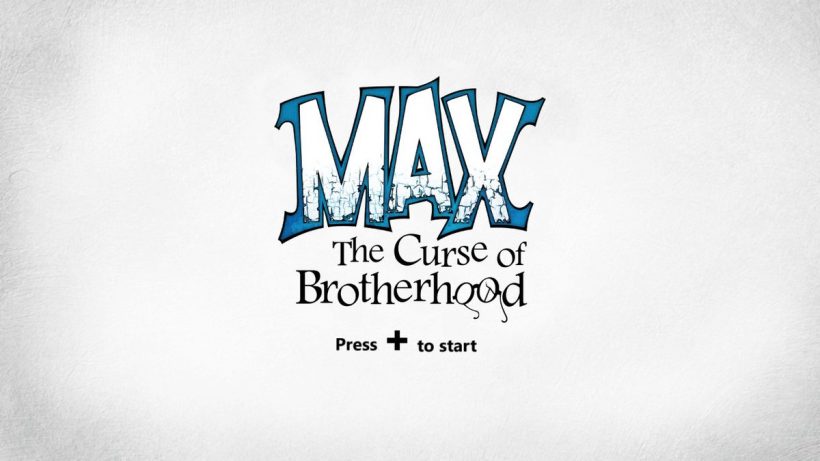 Let me tell you something, brother

There sure are a lot of platformers cropping up on the Switch eShop at the moment. Some have you jumping and blasting away at futuristic villains, others have you solving puzzles as you make your way through your adventure. In this very crowded market, Max: The Curse of Brotherhood does plenty enough to stand out.

What a lot of those platform games don’t bring much of to the table is story, but Max: The Curse of Brotherhood really ticks that box. A sequel to WiiWare game Max and the Magic Marker, this game shares the same protagonist, but this time his annoying younger brother gets pinched from the real world and pulled into a fantastical land of monsters and perils. The game starts with a beautifully done cutscene, and that’s a motif which continues throughout its narrative – you’ll see monsters and Max’s brother in the distance meaning you can’t help but stare in their direction – but your main attention will need to be on the foreground, which is where most of the platforming action will be happening.

Working seamlessly alongside the narrative is the design, and it makes a world of difference in setting the game apart from a lot of other platformers. Max’s main mechanic is his marker, which is given special powers which can include lifting and demolishing platforms, and comes in handy with solving puzzles which can involve moving boulders and rocks into certain positions to either open a new pathway or provide a ledge to continue to the next platform. What’s great is that it’s not too reliant on inch-perfect positioning, which can sometimes detract some from the fun in other games when you’re frequently dying after being just slightly off-mark.

There are some truly jaw-dropping visuals in both the foreground and the background throughout the game which make you stop and appreciate how lovingly designed the game is. The camera will at times shift to show scale, and makes for some memorable sights – eg, zooming out to make Max look minuscule compared to his surrounding environment. Gameplay is kept spritely with switches from puzzling sections to skilled platforming bits, and interspersed with the odd chase sequence. It’s a one-strike-and-you’re-out game, so touching an enemy or some thorns is going to send you back to the start of the puzzle, but fortunately it’s not as bad as heading back to the start of the level.

The voice acting has been done well and certainly isn’t annoying as many similar characters are. Max is a character that you’re able to bond with quickly, and as a result it’s less of a chore to pile through the game’s levels, and finding and killing all of the ‘evil eyes’ and other collectibles will have you playing through at least for a second time to take a closer look at the environments.

Like its predecessor before it, this is full of charm and personality. Max: The Curse of Brotherhood is right at home on a Nintendo system.

Max: The Curse of Brotherhood

Platforming fun for all the family, Max: The Curse of Brotherhood is one of the Switch’s better takes on the genre. Its storytelling feels like a Disney Pixar movie, so if your youngster has had a Switch for Christmas, it shouldn’t take much to get them on board.