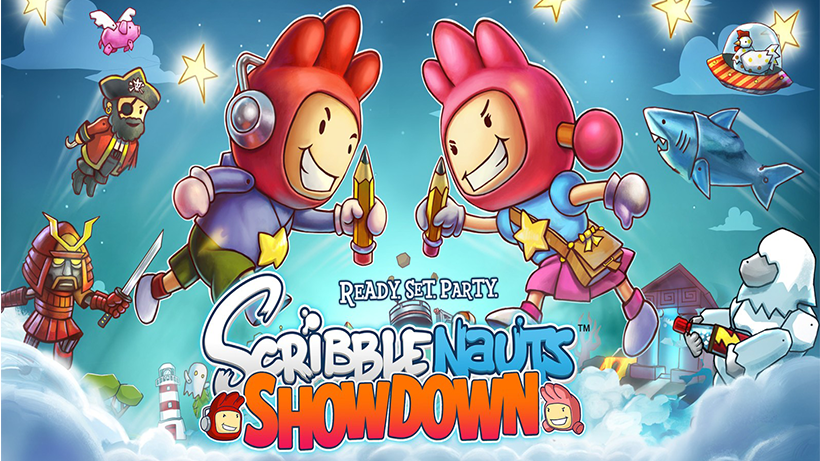 This new entry in the franchise will add a couple of new modes centred on multiplayer. First up is the titular Showdown mode, four players will face off in various mini games and using the Scribblenauts dictionary to outsmart opponents. The game will play like a board game where completing mini games moves you around the board, so far we know of two different categories of mini game; “Wordy” where you select the most apt doodle to win the round and “Speedy” rounds where players are given a task and the first one it complete it wins the round. It’s pretty straightforward though we’ll have to wait and see how much variety is on offer here.

The second mode is Versus mode, this refines the same experience  down to just 2 players facing off in various mini games. This seems to suit the more quickfire gameplay and just to help seal the deal these mini games can also be played single player. Finally we have Sandbox mode allowing one or two players to solve problems in eight new levels with plenty of freedom to get creative. You can check out a teaser trailer for the game below.

What do you think of Scribblenauts Showdown? Will you be tinkering with the multiplayer modes? Let us know in the comments below.

Scribblenauts Showdown is set to launch on 6th March in America and 9th March in Europe. Stay tuned to the Switch Player for more news as we get it.