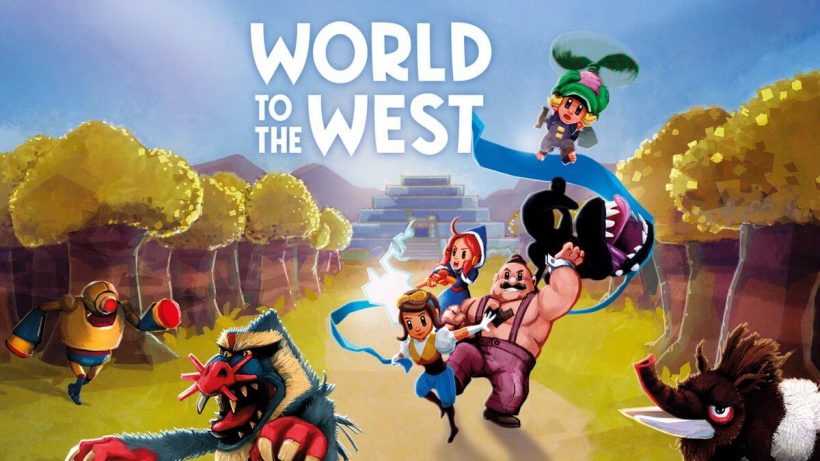 Following up a title like Teslagrad was no doubt a daunting task for developer Rain Games. The 2D platformer – ported to Switch in 2017 – was a triumphant blend of exploration and puzzle solving whilst displaying beautiful hand drawn visuals. The studio’s follow-up – World to the West – is unmistakably the spiritual successor to Teslagrad, showcasing the same beady-eyed character design along with similar gameplay mechanics. But it is also an entirely different beast – one that both improves on its predecessor and brings some flaws of its own.

The first thing you’ll notice with World to the West is that the developer has moved from 2D visuals to fully rendered 3D characters and environments – quite successfully too, I might add – the improved scale and ambition of the title is immediately apparent from the get go. Whilst the visuals aren’t technically particularly strong, they are bright, colourful and are well suited to the game’s genre and setting. It’s also filled with humorous characters throughout, and the ability to hear what they all have to say is a lovely improvement over the total isolation felt in Teslagrad. 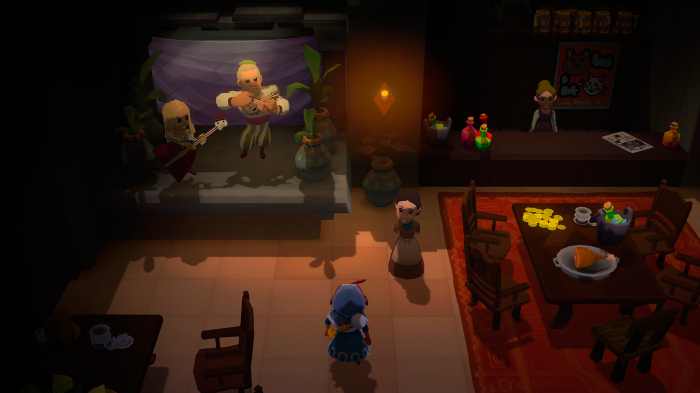 Throughout your adventure, you’ll take control of one of four different characters who team up against an evil mastermind, each of which commanding a particular set of skills. You’ll be magically teleporting through the air, digging holes to crawl underground, smashing boulders and even controlling the fauna around you. As you progress, you’ll need to combine these abilities effectively in order to solve various puzzles or reach certain points on the map. In a way, World to the West is incredibly similar to The Legend of Zelda in that it doesn’t hold your hand too much as you work to solve problems, but this can also be a detriment to the experience and lead to an awful lot of backtracking, particularly in the latter stages of the game. Thankfully, the game features fast travel points throughout the world to soften this particular drawback, but repetitive gameplay certainly rears its ugly head at multiple points of the journey.

I also have a bit of an issue with the game’s difficulty, or lack thereof. Most enemies throughout the environment fail to present any immediate threat, and even the boss battles are pretty straightforward for the most part. It’s clear that the puzzles are the true star of the show with World to the West, but I believe this was probably intended. All in all, it’s a surprisingly serene game that doesn’t ask too much from players. I would have like a bit more of a challenge, but that’s just me. 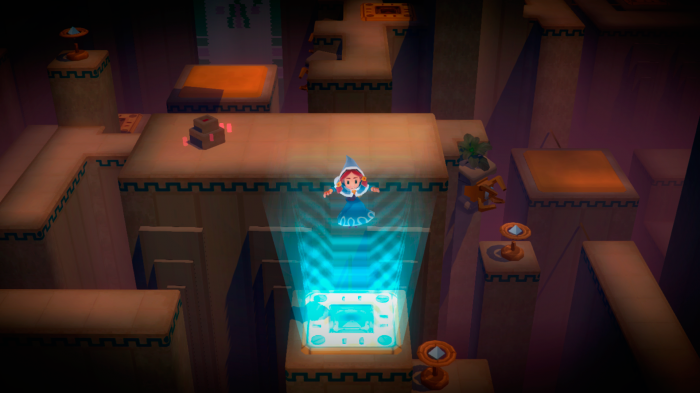 World to the West is a logical step forward from what Rain Games accomplished with Teslagrad. It’s a vastly superior experience in terms of graphical fidelity and ambition, but it also stumbles along the way with repetitive gameplay and a distinct lack of challenge. Having said that, it’s a commendable achievement considering the vast leap from 2D visuals to 3D. I suspect the studio will have learned some lessons during development in preparation for their future projects, but nevertheless fans of Zelda titles should definitely look into World to the West – it’s a fun, quirky little experience that will undoubtedly put a smile on your face throughout the ten hour journey.

World to the West

World to the West is a lovely little adventure title that will immediately appeal to fans of Zelda games. Its lack of difficulty and repetitive gameplay can be a bit of a dampener on the experience, but this is definitely a game you’ll want to check out.