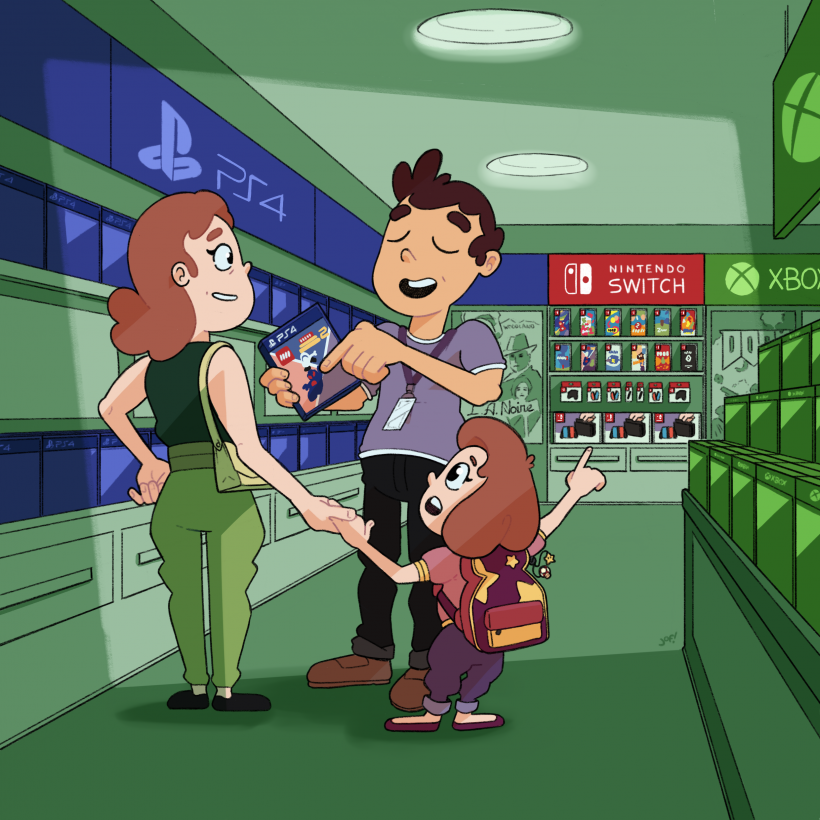 Have a little patience, third parties.

The Nintendo Switch has been doing quite well. Although I wrote this in early-December – thus only guessing at the hybrid’s Christmas performance – there’s a good chance it’s getting close to the Wii U’s lifetime sales in less than a year, barring some sort of financial disaster or stock crisis. It’s also apparently selling 20% above the Wii’s figure after the same amount of time. That’s a phenomenal turnaround for Nintendo.

At the same time, the end of 2017 saw a flurry of Nintendo Switch releases, with core Nintendo experiences intermixed with some quality third-party games. That meant that in the space of just SIX weeks you had a choice of Super Mario Odyssey (no choice, really), Fire Emblem Warriors, Doom, L.A. Noire, NBA 2K18, The Elder Scrolls V: Skyrim, Just Dance 2018, Xenoblade Chronicles 2, Gear.Club Unlimited, LEGO Marvel Super Heroes 2 and a few more.

This support – coupled with some pretty extensive eShop releases means that there has been a significant burst in the Switch’s library in a very short period. It’s an almost unprecedented level of software for a Nintendo platform and despite being very welcome, does give me cause for concern for the bigger picture.

My first concern is that despite the Switch’s apparent success, that install base is still rather small, especially compared to the bigger boys. A prosperous selection of games only has a limited audience to reach, with many sales of these games potentially cannibalising the sales of the others.

This explosion of titles in the fourth quarter of the year is not new. It has happened for as long as I can remember with the current console status quo, with your annual Call of Duty, Assassin’s Creed, Need for Speed, Battlefield et al all clamouring for your support and hard-earned cash. These franchises continue to see iterations for gamers’ platform of choice because they (usually) sell significant numbers. However, the Switch – despite its initial worldwide success – doesn’t have the numbers that would indicate ALL of these titles selling well enough. Not yet. So I’m hoping that the third parties have a little patience.

The bigger, wider appeal of the Switch is going to depend on the most varied selection of titles available; Nintendo’s games alone will not generate significant support – see the Wii U. Which kind of places the future success of the system into a catch 22, not unlike the Wii U (or even the PlayStation Vita) in that it needs games to attract purchases from a wider audience, but those games may not come without the system shifting units. It’s a symbiotic relationship which requires Nintendo and the third parties to be in complete harmony.

My second worry is that mainstream retailers do not appear to be fully aboard the Switch-train themselves. Walk into your local GAME store – it’s wall-to-wall PlayStation 4 and Xbox One with the Switch afforded a paltry stand with a minuscule selection of games. This thing has over FIFTY retail titles at present yet the average member of the public that isn’t internet (or Switch Player) savvy may not know that. Throw in a lack of release or feature parity for games, or a lack of price equality (I’m not criticising that Doom Switch is 40 quid, more that it’s released at £40 when the console equivalent is half the price) and that’s not going to help either…

It also doesn’t help when the Switch version of games isn’t put front and centre, which is what happened with L.A. Noire in my local GAME. The PS4 and Xbox One versions were on a stand in the front of the store, with the Switch version stocked but not given a spot on that same stand. You can only interpret that as either a lack of knowledge and/or focus from those there or it’s a message from above. That’s not going to help shift Switch games or help in the great scheme of things.

Because the general game-buying public tend to be less savvy than your typical internet-using gamer, which means that they tend to go into their local game shop and be swayed by the suave salesmanship and the shelving layouts in front of them. This is why we need continued support, growing those numbers and games on shelves and giving retailers reason to feature the Switch more prominently. After all, it’s the only way we will continue to get more phenomenal experiences, outside of Nintendo’s stable.

Which requires a little patience from these publishers, something which they’ve ruthlessly illustrated before they haven’t had for other systems.

One thought on “Praying for Time”