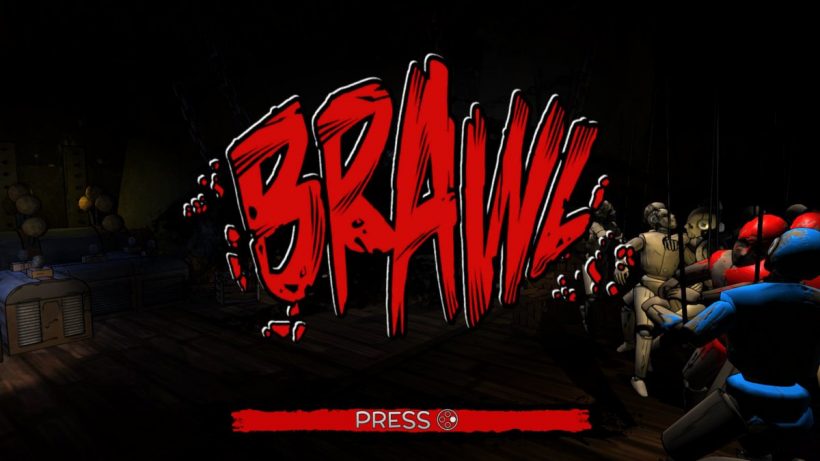 The Brawl to end it all?

Super Bomberman R got a mixed reception when it was first released on the same day as the Switch’s launch.

Switch Player gave the game a 3.5 back in issue 2, praising the fun that it offered but, like just about everybody else, finding issue with the high price point. Brawl, at £8.99, is not open to criticism of that kind, but is it worth adding to your eShop collection?

The game coats the Bomberman formula with an artistic horror-type theme and allows you to pick from a number of characters for a story mode which makes use of each of their slightly differing abilities. For example, you could pick a girl who has throwing knives which, when lobbed at an enemy, allow you to teleport and switch places with that enemy. Another option is an evil clown who can sneeze (yeah, that’s right, sneeze) and blow bombs away from him towards objects and enemies, as well as using it to knock over objective items. A few characters are to be unlocked, bringing their own contributions to story mode with them. You can also increase your bomb count and blast radius by picking up the power-ups which become strewn across the field.

It’s nice for the obstacles and dangers to be varied, from the moving minions to spikes, from trapdoors to boxes falling from the sky, all of which insist that you’re paying full attention as one wrong step can take you straight into the path of danger.

It does, however, suffer from the same sort of annoying AI as Bomberman does. You have to really be on the ball in order to trap enemies with bombs and take them out in order to advance to the next room, as they always seem to manage to get themselves out of the way, and never walk just the way you hope them to. A lot of my successes were down to luck rather than judgement; using the clown to blow bombs at enemies and just hoping that they’d walk into the right spot in order to get caught in the crossfire.

The voice acting is a nice touch and is reminiscent of the unseen commentator behind the gauntlet minigame in ZombiU. He progresses the story on by himself and adds an atmosphere to what is really just walking around a series of vertical and horizontal corridors and tactically taking out enemies.

This is most certainly a strategy game, despite the Brawl name. There’s no explicit combat as such, it’s just a case of predicting the paths of your enemies in order to dispatch them and make your way to the opposite side of the room. If you enjoy Bomberman, of course you’ll enjoy this – as a close imitation which isn’t exactly alike in terms of how it plays, but be prepared to get penned into corners and playing stages over and over again because of tiny little mistakes.

But while the game certainly does offer a challenge, there’s nothing in particular here which will really make it stand out in the memory. Super Bomberman helped itself to the best of this genre way back in the days of the SNES, and once again, an imitation doesn’t get near to reaching the same heights.

There’s a difference in price between this and Super Bomberman R but, in truth, neither of these games have managed to set the world alight. There’s only so much you can go with walking vertically and horizontally while dropping bombs, and sadly it shows.