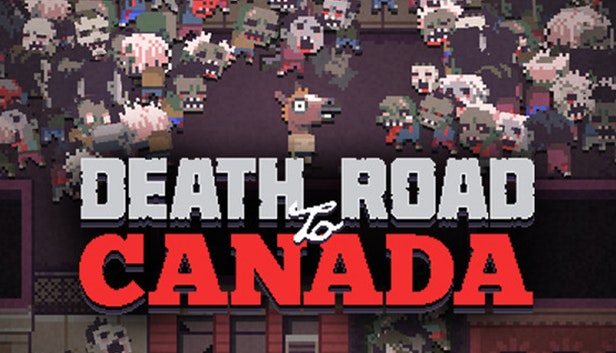 Death Road to Canada is an irreverent survival action game which places you in a randomly generated story in which you control a car full of jerks, exploring cities and recruiting weird people in a crazy pixel-art world. What potentially makes it a great fit for the Nintendo Switch is the 2-player local co-op mode where you and your pals can control up to four characters on the same screen.

Death Road to Canada also promises a huge amount of replayability thanks to the story, locations and personlities along with special and rare events constantly randomised in every game to keep you interested an playing for a long time to come.

If being chased by up to 500 zombies, teaching dogs to drive a car, and telling people to “cool it” sounds like fun to you, you’ll want to keep your eyes peeled for Rocketcat’s zany and family-friendly zombie apolocaplyse game this April.