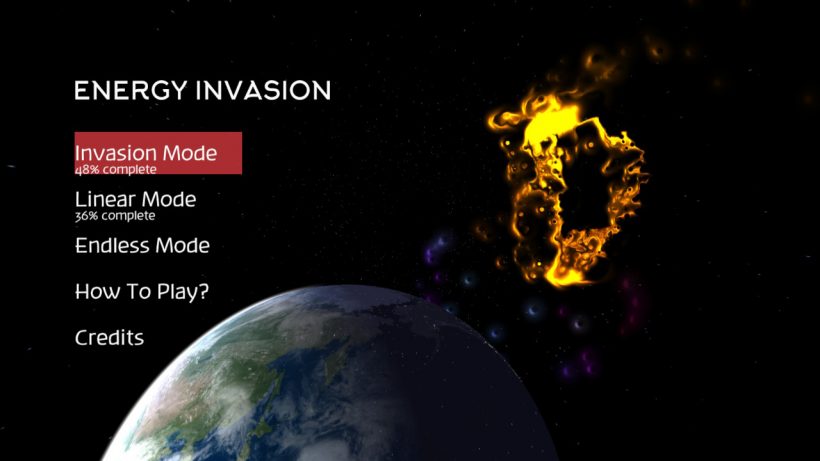 Energy Invasion is the second in a series of games titled Energy Somethingorother from developer Sometimes You. To say I wasn’t impressed with the precursor, Energy Cycle, would be an understatement but I’m always keen to give the benefit of the doubt to any game I review. You can put it down to my good nature, belief in free speech, or that I want everyone to just get along in this crazy mixed up world. Alas as the old adage goes, fool me once: shame on you. Fool me twice: make me play Energy Invasion. 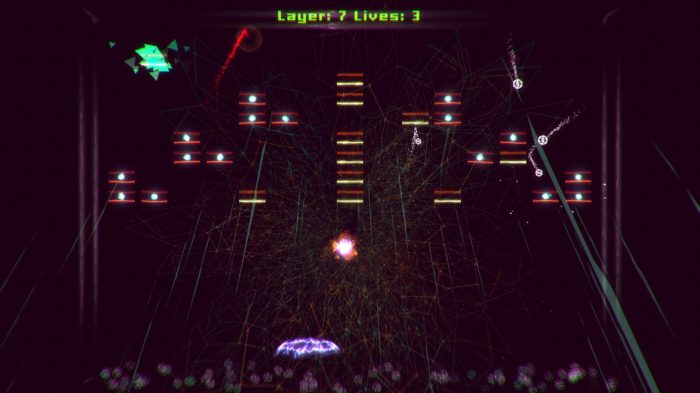 Rather than taking the sedate puzzler approach, Invasion takes the classic game Arkanioid and adds its own spin to the series. You have a bat and ball, but now your ball fires projectiles directed by you aiming with the ‘R’ stick. As you progress through the invasion ‘campaign’ your bat starts being shot at by enemy blobs in the corner. All the while you’re desperately trying to keep that energy ball smashing those blocks. It sounds exciting, and it was for about 5 seconds.

You see there are some odd decisions made in this game which, when you step back from it, start asking yourself, “Why?” I found myself asking this a lot. For instance, why does the ball bounce off the bat at the same angle no matter which side it hits? Why does the bat move with the ‘L’ analogue stick when it should be mapped to the digital ‘D’ pad as it moves at only one speed? Why does the AI just lazily shoot at the spot where your bat is? Why are there no grabbable power-ups? This game systematically takes everything that makes this genre of game interesting and enjoyable, rips them out, and tosses them into the digital incinerator. 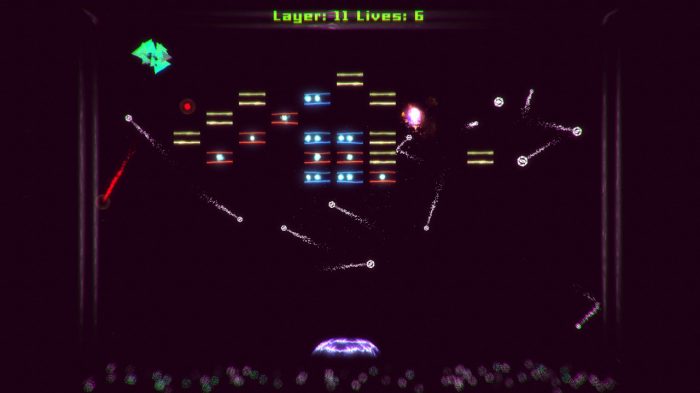 As mentioned, the energy ball shoots small projectiles in any direction depending on which direction that you push the ‘R’ stick. It almost has the makings of a twin-stick shooter. Unfortunately it falls flat when you’re too preoccupied with the position of the bat to worry about which direction the ball is firing. I settled for just pushing diagonally up and hoping that the blasts would hit the block either on the first pass or a rebound. It pretty much defeats the point of having this control.

This is not a game that you want on the big screen either. The backgrounds swirl around while you’re focusing on tiny dots whizzing around and trying to make sense of the visual chaos that is bombarding your retinas. This would almost be tolerable if it weren’t for the awful abomination of noise that passes for music in this game. It’s at odds with the game so much I’m putting forward that the option to turn music off is its greatest feature. That and the palette-cleansing joy of pressing the Switch’s home button and going back to the main menu. 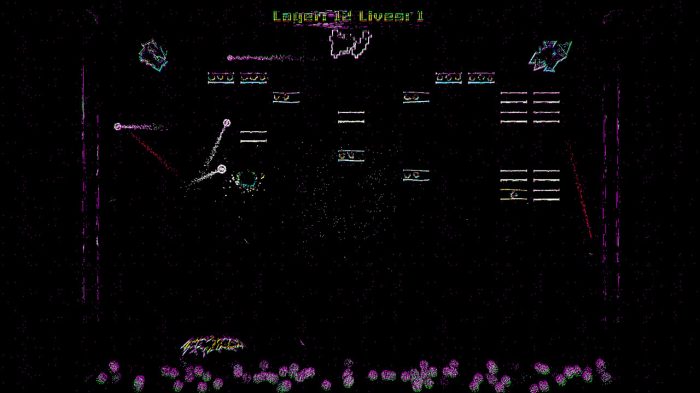 What frustrates me the most about Invasion – even more than its terrible icon – is the fact that the ideas have promise. But the game is a slap-dash and poorly executed muddle that could be something so much better with some attention to detail. As it stands it’s an exhausting,  tedious excuse for a game that you’ll be lucky to get an hour’s worth of entertainment from.

If you love using an analogue stick to move a digital object this game is made for you! Love techno, new age, reggae, hip hop and dubstep all blended into the same ear-bleeding mess? This game has you covered. Suffer from epilepsy and enjoy fitting on a regular basis? Great news. An instant seizure is just a tap away! Otherwise don’t waste your time on Energy Invasion.