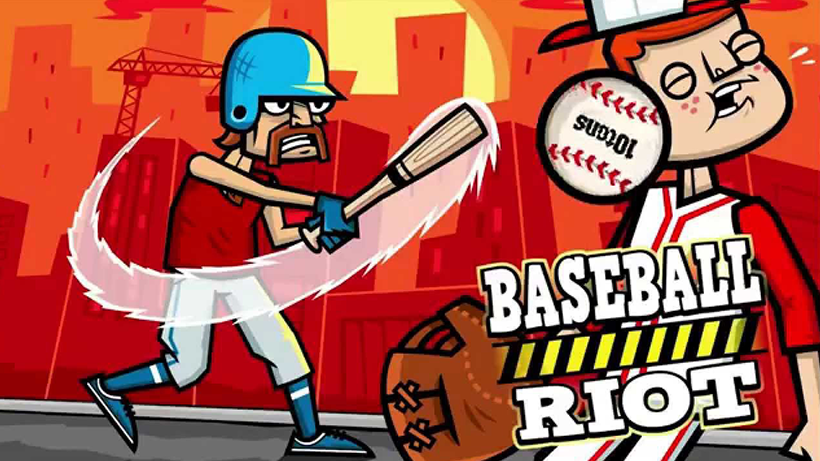 The gaming equivalent of a whiff.

Baseball Riot is a neat little puzzle game that casts you as an ex baseball player taking revenge on on a corporation that is ruining your team. The story was nonsensical fun but that isn’t the main draw. The game itself has you hitting baseballs into fans and players alike to knock them all out and clear each level. It’s a simple puzzle mechanic, line up the shot to ricochet and hit all the targets in as few shots as possible, the game slowly layers problems from fielders who will catch the balls you hit at them to glass crates that will stop the ball dead. The game rests on these relatively straightforward ideas and doesn’t manage to introduce anything overly novel or interesting, it plays it safe for better or worse. 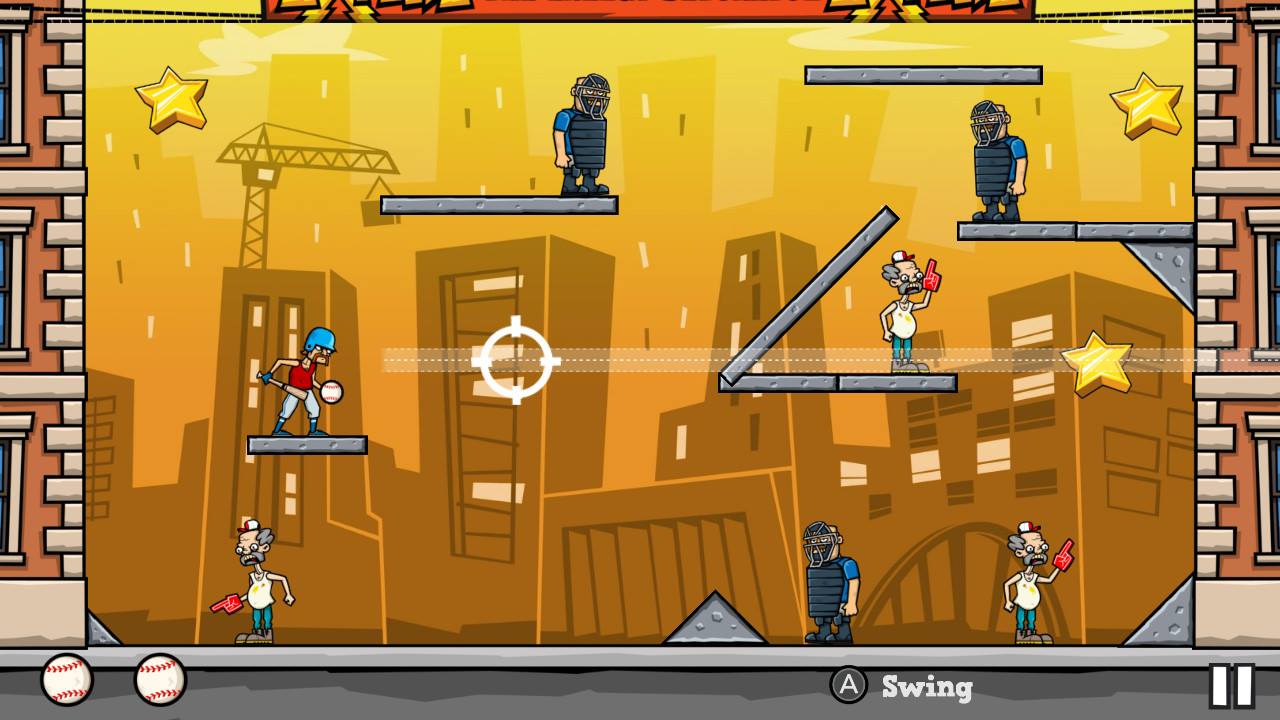 That isn’t to say the game is easy though. Although the gimmicks and ideas are familiar and safe there’s plenty of levels ranging from obviously easy to obnoxiously challenging. The latter unfortunately aren’t the fun kind of challenging, some levels require ridiculous amounts of trial and error and very specific paths to make it through, it’s not fun to miss a shot by a few pixels and have it throw off the entire level. Thankfully these problems only really arise when trying to go for the games golden balls needed to unlock extra missions and rarely when just clearing levels for the first time. On that note, for those who find smashing baseballs into people, there is plenty to get stuck into with over 100 levels total and tough extra missions to unlock. The game won’t take long to complete but there is enough content here that you won’t be left feeling short changed. 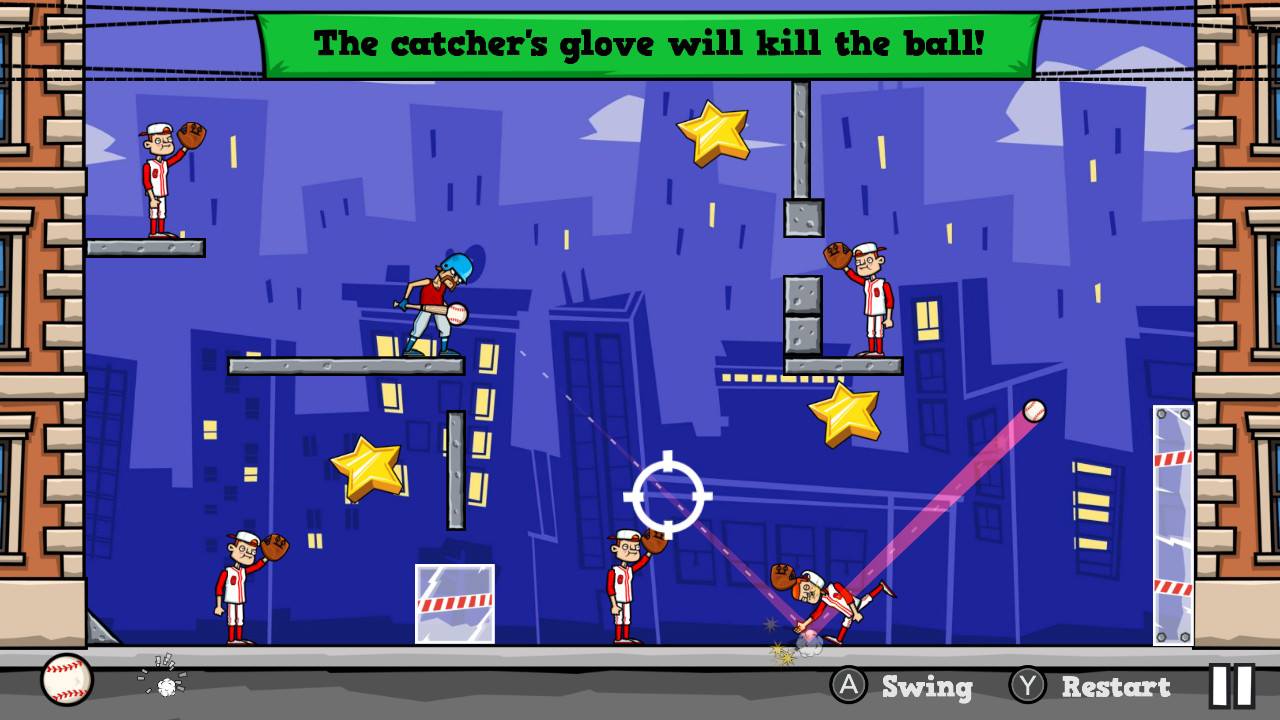 Visually the game has a vibrant cartoony style going on, it’s fun and helps the game to stand out from more bland versions of the same puzzle game. Whilst the game lacks variety (you’re going to see the same grizzled fan a lot during this game), there’s something oddly funny about seeing an old fan take a baseball to the back of the head and watch him tumble into several other fans and watch them all collapse. It helps keep the silly humour of the game carry through whilst you wrestle with lining up shots. My only wish is that the enemies had some more character to them, some animations would go a long way here to making levels feel more alive and full of character.

The game is at it’s best when you successfully pull off a well placed shot and manage to knock out several enemies in spectacular fashion, those moments feel good though rarely feel the result of your own skill as opposed to lucky bounces. All in all Baseball Riot is a straightforward physics puzzle game, for better or worse there aren’t many new or exciting ideas here but what is on offer is good enough. It’s hard to recommend for everyone but if you’ve got a craving for a bite-size puzzle game then you can do worse than Baseball Riot.

Baseball Riot is a textbook puzzle game that struggles to add anything to the core ideas, a fun setting and plenty of levels don’t really hide that this game is relatively uninspired. It’s by no means bad but can be hard to recommend to everyone.