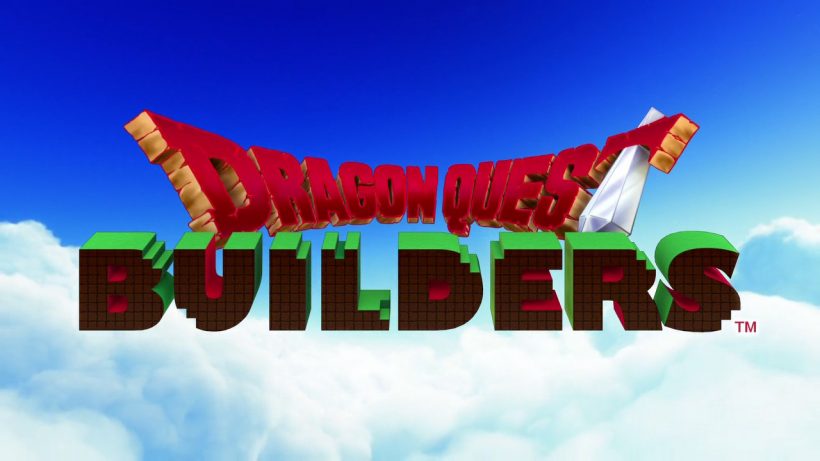 A better Minecraft than Minecraft?

Since 2011 Minecraft has ruled the roost in terms of games that throw you into a sandbox style setting and allow you to build whatever you wish – few games have tried to rival it in terms of what it does and the freedom it offers. So with that in mind, let’s take a look at the next competitor in the genre, Dragon Quest Builders.

Since Dragon Quest Builders’ initial reveal back in 2015, I was intrigued by the way it blended both the sandbox building style of gameplay and the JRPG genre to create something completely new, especially after being burnt out on Minecraft having put hundreds of hours into it. The question is though, does Dragon Quest Builders manage to successfully blend both genres together? 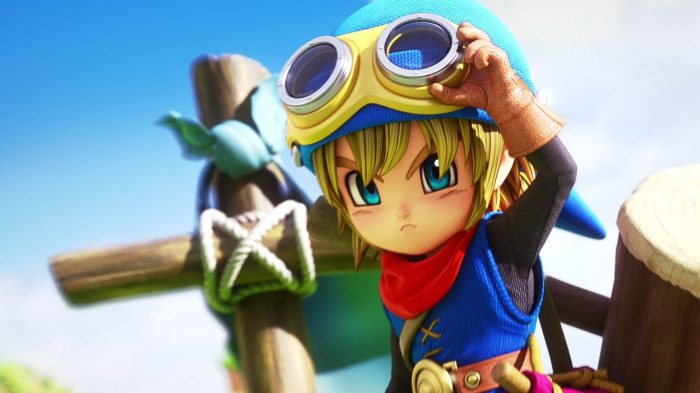 The game starts off with a very well produced cutscene before revealing that the game is set in the world of the first Dragon Quest game, albeit with a twist. At the end of the original game, the player defeats the Dragon Lord and the world is saved – however, this time the Dragon Lord successfully takes over the world.

Hundreds of years pass and the protagonist that you create wakes up in an underground crypt with no recollection of how he got there. After a short tutorial which shows you how to collect dirt blocks and how to place them you’re then able to escape the confines of the crypt and explore the barren wasteland the Dragon Lord has left behind.

As you begin to explore the world you’ll soon find the ruins of the village of Cantlin – this will be your hub for at least the first 10-15 hours of the game and at first it looks very minimalistic, but as you continue through the game the town will become larger and more populated thanks to your efforts. Also upon discovering the town of Cantlin, you’ll meet your first villager, Pippa, who’ll give you your first quests such as building a home for you to sleep in. 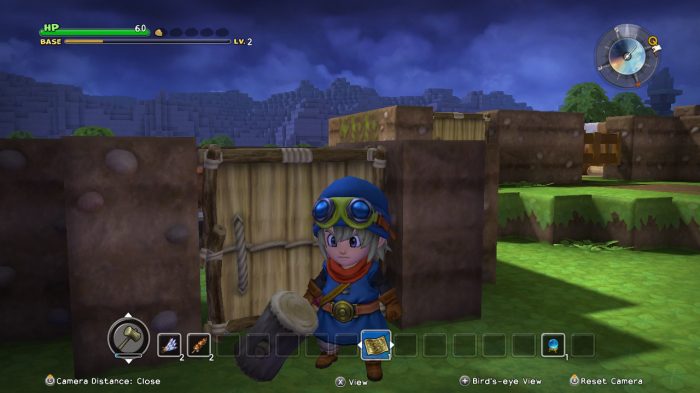 As your town progresses you’ll find more and more villagers to join your settlement. They will then continue to give you quests and build an idea of what the town of Cantlin used to be like before revealing that the town once played home to a Golem who destroyed town out of a hatred for humans. The realization soon comes into play that the Golem will soon awaken from a long slumber and will soon come to destroy the village all over again.

In order for your character to build the objects they’re asked of to complete a quest, they must first know the recipe in order to build that particular item. The good news here is that because you’re the fabled master builder – as soon as you’re told what to make your character will instantly learn the recipe, meaning your goal at that point will be to find the ingredients and make the object requested of you to progress onto the next quest. One major annoyance to quests is that you’re not given a “quests” option in the menu to be able to double check your objective, so if you forget what you’re meant to be doing you’ll have to speak to the villager who gave you the quest in order to remember what your objective is. 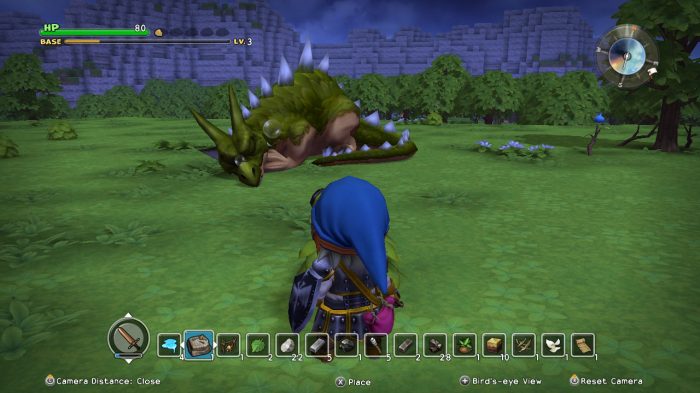 Whilst completing quests for the villagers you’ll notice that there are 2 very important bars at the top left-hand corner of the screen – the health bar and the hunger bar. Whilst exploring the areas you inhabit you’ll come across enemies who will attack you and cause your health to deplete, however health recovers if you avoid enemy contact for a little while, sleep or use healing items. The food bar is something which depletes over time and if it runs out you will start to lose health. The food bar can be recovered by finding food which often grows on trees or by designing a kitchen in your village, at which point the villagers will add food into a treasure chest for you every day.

Chapters can be quite long, for example, it took me 10-15 hours alone just to beat the first chapter with following chapters taking a similar amount of time. One of the most upsetting things about completing a chapter is that when you move on to the next one you lose everything that you had in that chapter, so starting a new chapter is essentially starting over from scratch which can be quite annoying, especially if you’ve spent a lot of time getting the ingredients to make the highest tier of armour and weapons. 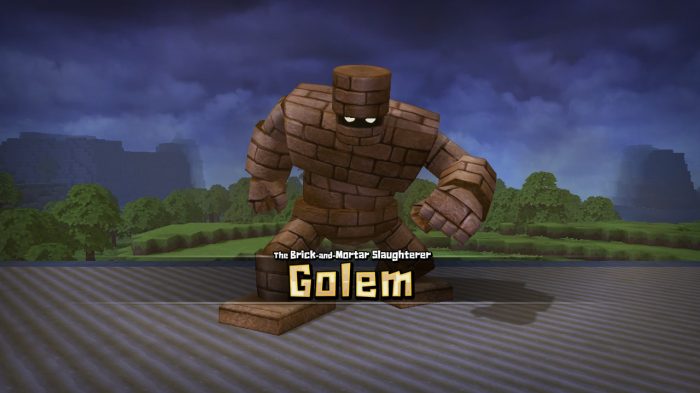 Upon completing chapters you can also unlock Free Build Mode, this is a mode where all enemies are removed from the game, as is the hunger bar, health bar and villagers and instead you’re given a fresh start on that chapter’s area where you can build whatever you like. I personally found this mode to be relaxing and a nice change of pace from the busy work that completing the chapter felt like.

Dragon Quest Builders is a beautiful game – you can tell that graphically the art designers wanted to appeal to fans of the Dragon Quest series and, in my opinion, they absolutely nailed this aesthetic. The soundtrack is also very much what you would expect from a game with Dragon Quest in its title, the only thing that I found annoying is that when you’re wandering the fields and exploring the world there is only one song that plays. Considering you’ll spend a lot of time doing exactly that, it can get really tiring to the point you’ll probably want to mute the game or find an alternative music option.

Dragon Quest Builders does a fantastic job of being an alternative option to Minecraft. I personally spent hundreds of hours playing Minecraft on other systems, so to be able to have the chance of playing something else similar to it on Switch was a great change of pace and I can highly recommend Dragon Quest Builders if you too are looking for an alternative to the widely popular game. Now, if you’ll excuse me, monsters are attacking my settlement.

Dragon Quest Builders is a wonderful alternative to Minecraft and also offers a great story for you to experience. With well over 50 hours worth of gameplay on offer, it’s definitely worth your time!