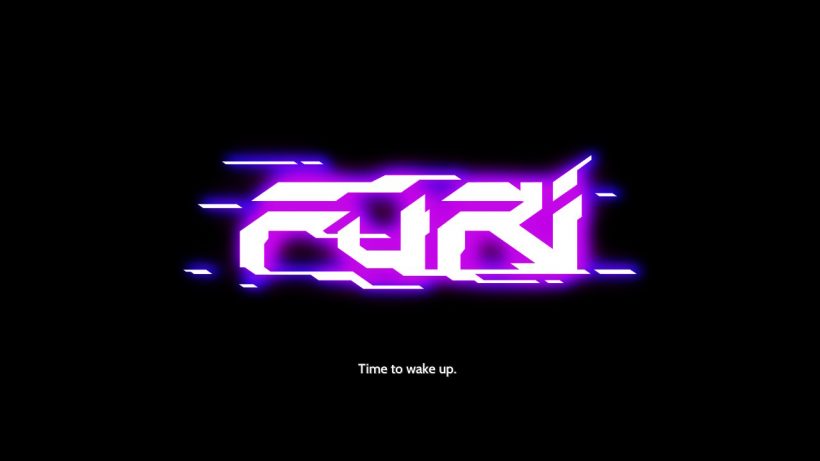 If there is something that you can say about indie games, is that they take risks. Whilst AAA games tend to follow popular market tendencies, indies aim to niches. Instead of creating a more casual, easy-to-go experience, which can be equally enjoyed by any type of gamer, they often opt for hardcore, soul-crushing gameplay. Fitting perfectly with this description, Furi may not be a game for everyone. It delivers solid non-stop action with an intriguing narrative – but only for those who manage to endure its almost unfair difficulty.

Taking place in a cyberpunk phantasy world, portrayed with a pleasant and distinct 3D art style, you control a samurai-like figure that others call Stranger. The narrative starts in a very cryptic way when a man with a rabbit mask releases you from imprisonment and tells you to kill your jailers and claim your freedom. This is all you need to know to engage in combat against many bosses in a mixture of a high-octane hack n’ slash combat and hard-to-evade bullet-hell barrages. 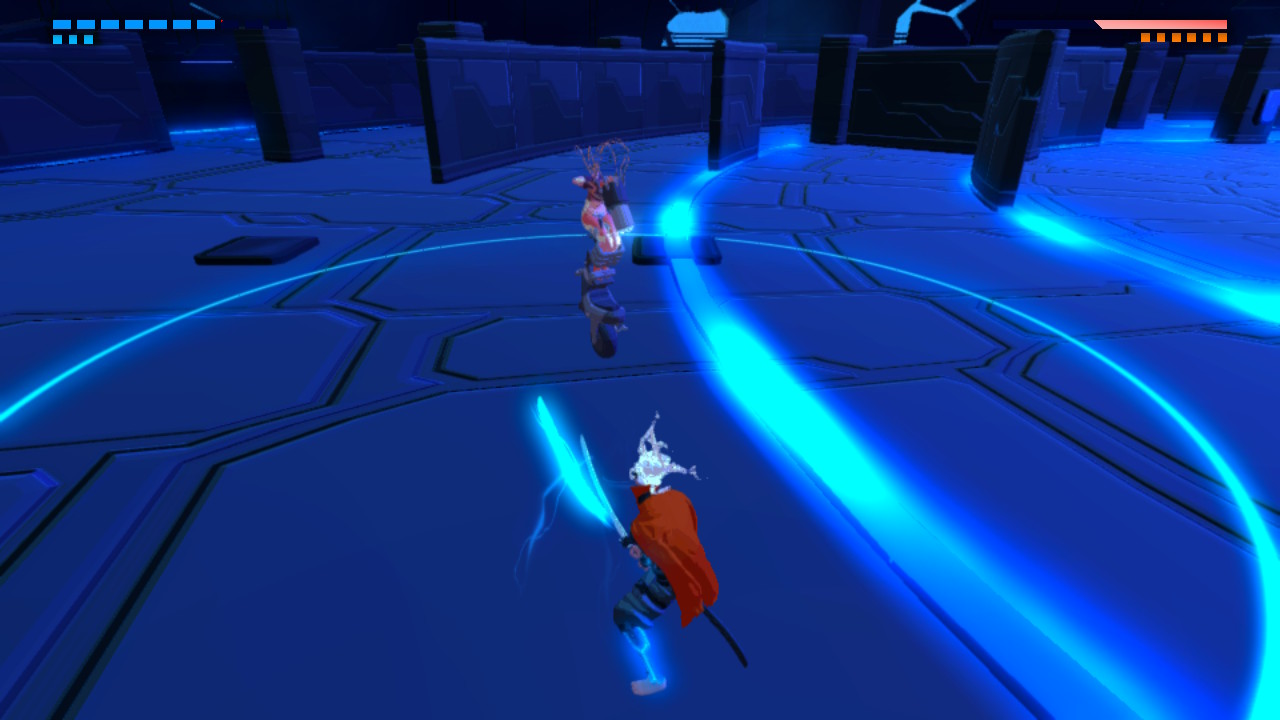 Like that, Furi takes form as a kind of boss rush intercalated with narrative bits. Fighting moments are presented from a third-person perspective, with unique battles, as bosses don’t only have different visuals, but each one of them demands a specific way to deal with its many attack patterns. You can press Y to attack with your sword and the right stick to shoot with your pistol, and every boss is segmented in moments in which they’ll have different stances – sometimes demanding for close or ranged combat.

On the main difficulty option, bosses have from four to six life-bars, and they’ll get progressively more complex and challenging as the fight goes on. Fortunately, you’re equally capable of dealing with them, as you have not only a short distance blink (that can be activated by pressing B), but also the option to parry physical attacks with A. Learning the right moment to use these tools from your arsenal is crucial to every single fight, as enemies won’t hesitate to crush you at a blink moment. Due to this, Furi has a kind of trial-and-error philosophy, which can lead to some real frustration, especially on more demanding battles, where the difficulty has some annoying spikes. 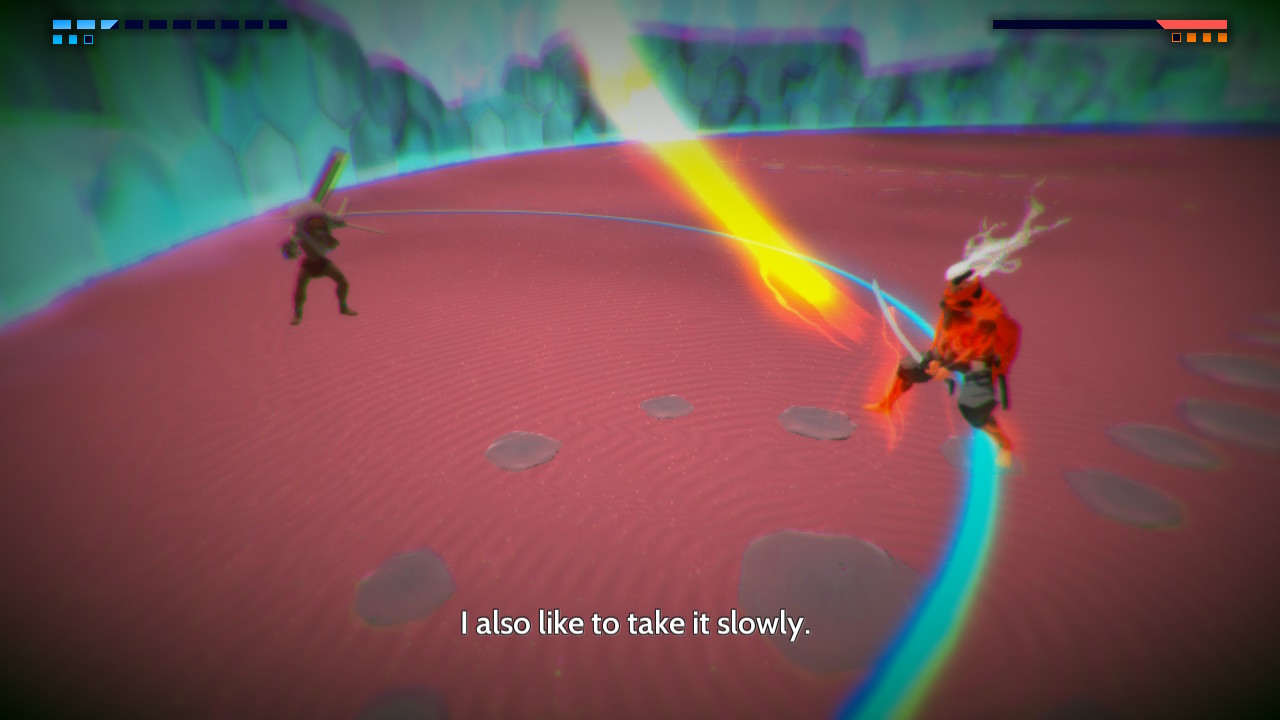 Between each boss fight, you’ll experience a narrative portion that, oddly, goes by like a walking simulator. There’s even an option to enable “auto-walking”, but, even though these sections don’t sound like the most compelling thing to play, they work to build tension for the next fight. You’ll learn about the lore of your next enemy, how tough he/she may be, and even about the world itself. What helps to make these moments memorable is how Furi’s astonishingly good soundtrack enhances its atmosphere, raising the tension. Mostly composed of electronic music, there’s always a calm but ominous synthesizer that gets more and more full-bodied until it “drops the bass”, and the fight begins.

Be it due to its pulsating atmosphere, or its unbalanced difficulty, Furi is a game that constantly puts you on edge. It is a beast of its kind, that delivers an experience different from anything else. It was a blast to try again, to get better, and to finally beat what seemed to be an unconquerable challenge. I must admit, though, that it isn’t a game for everybody. If you get frustrated easily, there may be better options for you.

At some times, Furi seems to cross the line of what you consider a fun and fair challenge. Even so, it creates a restless atmosphere with its intriguing narrative, electrified soundtrack and mixture of hack n’ slash and bullet hell boss-rush gameplay.