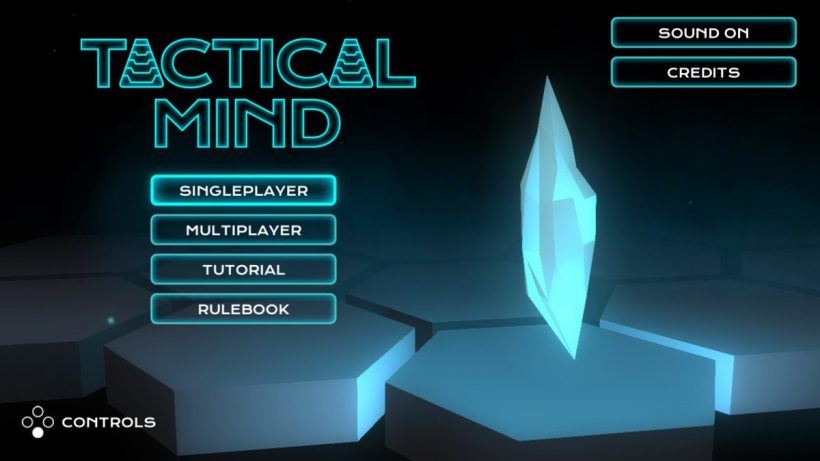 The board game isn’t always something that adapts wonderfully well to the medium of video games.

Monopoly is of course the highest profile option from the genre currently available on the Switch, and just as is the case with the majority of board games, it’s one which is best enjoyed with as many players taking part as possible. This isn’t something which is quite true of Tactical Mind, which does have a multiplayer option, but the emphasis is more on strategy, so the big enjoyment is working out how to plot your way past a computerised opponent which knows far more about the game than you do.

Tactical Mind borrows some from chess – one of your playing pieces is paramount to your survival; let it fall, and so do all of your chances of winning. Players start at opposite ends of a grid, and are allocated a certain amount of energy points for each round of play. These points can be used, if you have enough of them, to move (more on this later), power up pieces and attack, and your mission is to make your way over to the other end of the board to take down your opponent’s main piece, thereby winning the game.

It’s not something which you’ll be able to take quickly to, in truth. Rather than simply moving a piece, like you might in chess, you need to use some energy for one piece to generate another piece in the space next to it. Both spaces remain occupied, just the new piece will be at 1/5 height of the total maximum, strongest possible. One which has all five levels has considerably more freedom to do what you want it to do across the board.

You’re encouraged to attack your own pieces for a tactical advantage, but the tutorial isn’t great at explaining why. It does put you at a disadvantage, particularly when you need to go out of your way to take in the tutorial, with nothing automatic from the off. Unless you pick things up rather quickly, games are going to last a decent amount of time, which can also be off-putting to new arrivers – people who aren’t as tactically suave as is needed will find themselves generating and sacrificing pawns repeatedly without making any real progress, which is the experience I had in the first instance.

The music is your expected electronic fare, not standing out but getting on the nerves enough to throw someone from their concentration. Visuals are as simple as they can be – there’s no extravagancies here, and that extends to the absence of online multiplayer, too – but 14 maps for local multiplayer are welcome.

Despite all of this, in what has probably come across as a rather stern review, the game costs under £3. You really can’t come down too hard on a game when it’s just so cheap – collectors will pick it up without even batting an eyelid, and even those who aren’t sure are likely to try it out at that entry point. For that reason I can’t advocate anything other than picking it up – get a friend over and drill a number of games back-to-back, then hopefully you might get a bit more fun out of what is otherwise a complex-at-first-glance strategy game.

Again, it’s the price point which makes this game stick. If you try it and don’t enjoy it, so what? It was only £3. Tactics fans will enjoy it more than casual players, but it’s realistic for everyone to at least try out.