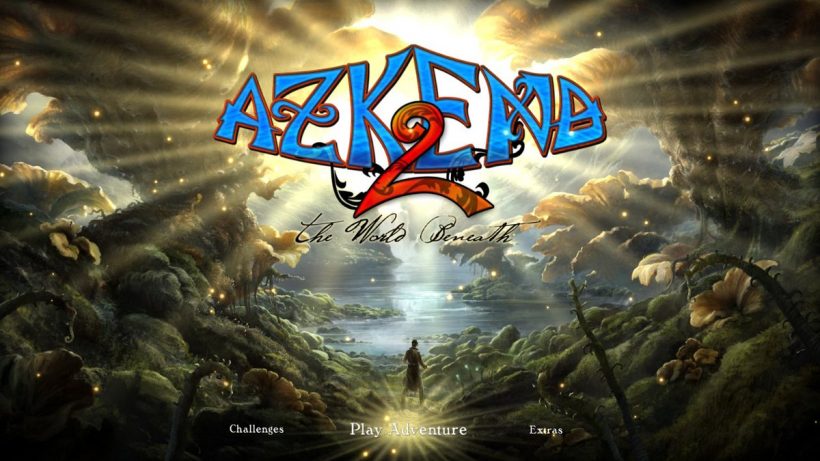 Getting on top of The World Beneath

Switch is the perfect console for puzzlers.

It usurps the DS as the previous record holder simply for its power in comparison with Nintendo’s 2004/05 system, while maintaining the key features like the touch screen which make the genre so accessible to players young and old.

It’s that input system which makes the console such a great match for porting games which originally were released on mobile devices, and that’s what’s on offer in Azkend 2: The World Beneath. First things first – it’s immediately a shame, and a little bit weird to see that Azkend 2 has been ported over with no sign of the first game. As a game which is driven by a little bit of story, it would have felt like a more complete package right away if Nintendo fans didn’t have to feel as if they were missing out on where the story started.

To the action – it’s a match 3 game, and we’re playing with hexagonal tiles. You’ll want to be using your finger on the touch screen for this, as accuracy when using the control stick, while on point as you first set out, will soon get much tougher on your hands with all of the hard pushes in contrasting directions. It’s definitely one best played in handheld mode, that’s for sure.

The gameplay is satisfying and addictive, and with sixty levels to get through, you should need to take at least a few sittings to blitz through them all. Twists are added later on through frozen and burning tiles, where you need to make adjacent matches to return them to normal so you can match them away in turn. Infrequently you’ll be presented with a board where you need to eliminate every single tile – normally your mission is to match up enough tiles to generate a special item, which you’ll then need to drop to the bottom of the board in order to win.

Certain titles have special abilities; when you match loads of hammers they’ll go about striking tiles off elsewhere on the board, for example. This is particularly handy in against the clock levels where you’ll have to take down the HP of golden bugs in order to progress, for instance, and these can be challenging levels if you can’t spot any matches quickly enough.

The premise, though, is not a particularly unique one in the Switch’s eShop library so far, with Ironcast and Match-3 Mayhem among a number of games offering pretty similar experiences already, and again that’s testament to the unique controls and portability offered by the console.

As a puzzler it’s not quite as charming as the likes of Piczle Lines DX and Pic-a-Pix Deluxe, but what it does do is offer a few brief breaks from the meat and potatoes of the puzzling action. To advance the story along, you’re presented with a small cutout of an image which fills the screen, and you’ve got to touch the part of the picture that the cutout has been taken from. It can prove quite challenging, with the images often rotated and the textures of the larger picture sometimes more difficult to make out than in a 5,000-piece jigsaw puzzle. But most importantly, it means that the game isn’t just simply puzzle after puzzle.

Azkend 2 is a puzzler which is addictive and retains your attention with the use of mini-games to break up the puzzles. With sixty boards to solve altogether, it doesn’t outstay its welcome, but I fear it may be hampered by Switch’s dense pool of games from the same genre on the eShop.