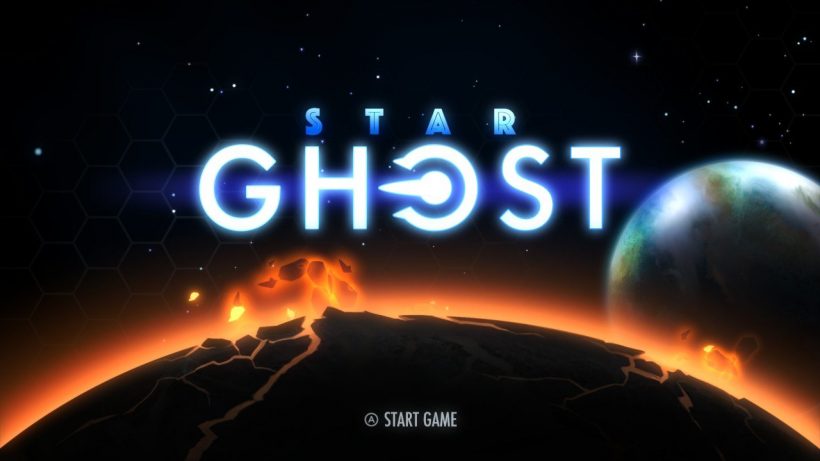 After a quick glance at Star Ghost on the eShop, you might be fooled into thinking that this is just another bullet hell-style shoot-em-up; but secretly, deep down, it’s actually Flappy Bird on a mission in space. With guns.

Controlling your ship is simple as you’ve only got to press one button; shooting is automatic, as is your forward motion. The really nice thing about only having one button to worry about is that you can keep your eyes firmly on the action ahead of you. Your focus is around navigating the level rather than navigating the controller.

Along the way, you’ll pick up various power-up’s that make your journey through space far more manageable, which boil down to; credits, fire-rate bonus, fire-spread bonus, traction bonus and health. There is also the inclusion of a nasty virus icon which basically disables your ability to shoot for a while and you can do nothing but dodge what’s coming at you; making your life absolute hell for a few moments in the process. Every time you pick up one of these power-up’s, the level of whatever it was you picked up is increased and the timer for that element is reset. If you don’t get another power-up before that timer runs down, the element is downgraded by a level, and so on. It’s actually a nice way to keep things moving along without getting too comfortable at any point. Additionally, before starting each level, you are offered some upgrades in exchange for the credits you’ve collected.

Each level is relatively short, which isn’t a bad thing. The ending of each level had me reminiscing about the end of each Super Mario Bros. level; where you have to jump on the flagpole. Here, you’ve got a flagpole with a moving target – hit the target for some much needed extra credits. Each area finishes off with an increasingly more difficult boss battle to test your skill before moving onto the next and as you’d expect, the difficulty of the enemies and terrain is ramped up considerably as you progress through the game. 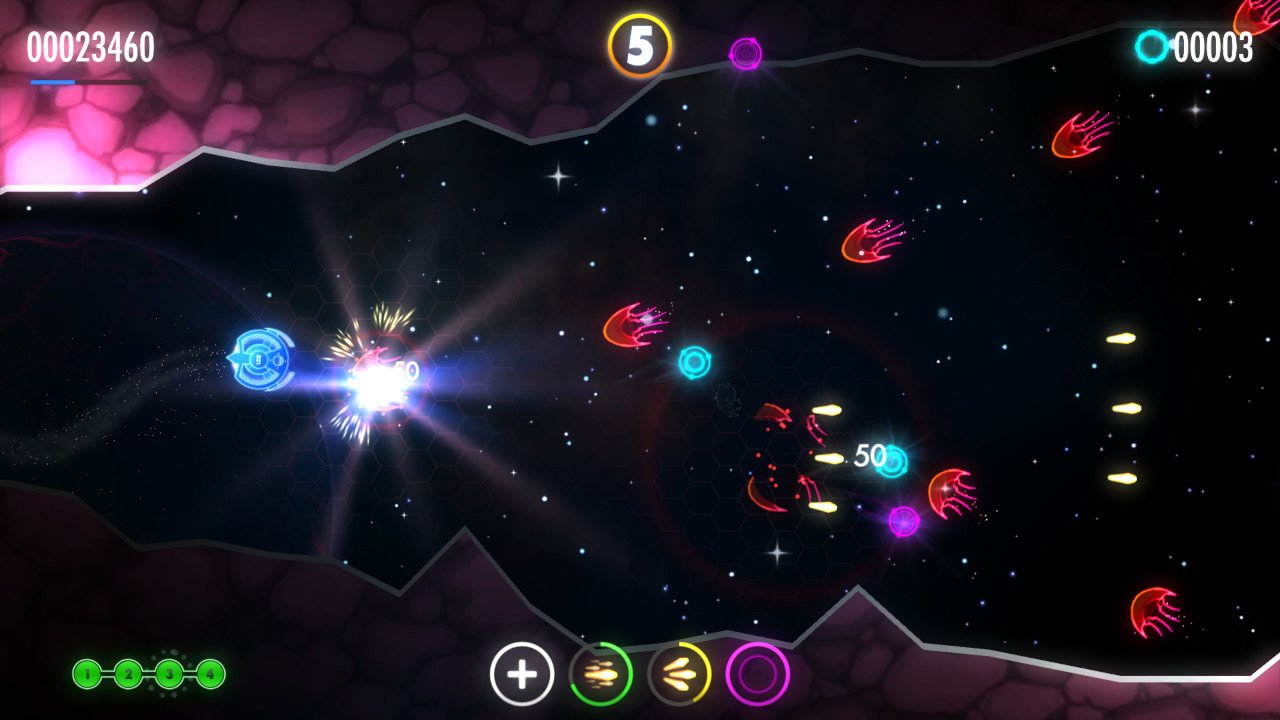 Avoiding collision is rewarded with score multipliers and score chasing is of course at the heart of this arcade game. Therefore, the lack of any online leaderboards is hugely disappointing and could have been a great hook to keep people coming back for more. The lack of Continues will also frustrate many players.

Star Ghost is good, harmless fun; of that there is little doubt. But when reviewing the game for the Switch, we must not of course judge it solely as a handheld experience. And that’s where it falls short. As a console game, this isn’t good enough. It’s nothing that my iPhone couldn’t play, and as I’ve vented about before, this is a huge problem for me and the vast majority of smaller eShop titles; they’re mobile games.

Star Ghost is a great example of a simple idea executed well. It’s very easy to pick up and play and does feel very rewarding. As a portable-only game, you can probably add a little onto the score, but as a console experience, it just doesn’t have enough to keep you occupied for too long. It’s a good game, it’s just not anything you absolutely have to own.