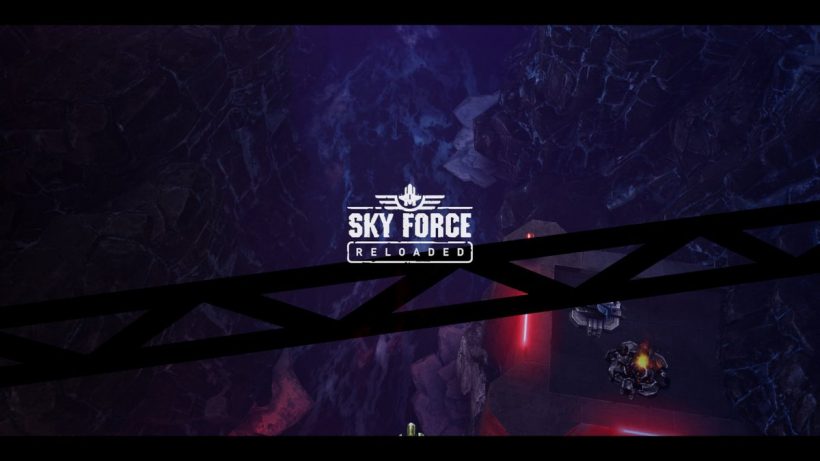 A Force for good?

The original Sky Force title was a generally well-received game released on the Wii U eShop less than a year ago, and if you’re looking for a mega expansion on the formula you aren’t going to find that here.

This is an arcade-like, vertically scrolling shooter, and is unlikely to offer anything you’ve never experienced before. You know the drill; you have to manoeuvre your aircraft all over the screen to avoid the waves of enemy attacks before positioning yourself so that you can fire some shots back in return. In Sky Force Reloaded you’re tasked not only with blasting away the baddies but also picking up stranded comrades in the process, which is done by hovering over them until a circular meter fills.

It’s tricky stuff with bullets and lasers firing all around you, and this is anything but an easy game. I found quite a lot of difficulty as early as level two, during a set-piece where a group of attack helicopters meets you before almost covering the entire screen with gunfire. Avoiding attacks is often more important than getting your own attacks in, but with attacks coming vertically, diagonally and completely unpredictably, that’s a lot easier said than done.

There are little mechanics which slightly make each playthrough different from the last – shooting down glowing planes, which are randomly placed each time, increases your fire rate and evens the odds a little – while of course, as with most arcade games of this type, if you continue to mow down the enemies without sparing any of them you can build up streaks, announced by a commentator who pops up simply to announce, “nice”. A female voice (the “nice” one is a guy”) also announces your weapon upgrades, but there’s not much more personality to be seen than that.

Be brave enough to plot a course through those tough opening levels and you’ll be treated to later stages which offer boss battles. These are all about learning the enemies’ attack pattern and making your plan of attack accordingly and can take the format of a number of mutations to try and inject some variety into the gameplay. Ultimately, though, you’re still just dodging and shooting, so there’s only so much they could have done to not make this repetitive, which sadly it is.

A synth soundtrack is expected for these kinds of titles, and it’s what we get here – and the harks to arcade gameplay are far-reaching beyond just the music. In cases, simply reaching the end of a level won’t be enough to unlock the following one; you need to be working on a checklist of missions within the on-rails action. These can range from rescuing all of the comrades down below to eliminating a certain percentage of the enemies, and while these make the game less formulaic than it would otherwise be, I couldn’t help but get the feeling that I was being made to insert another coin to play through the exact same level again in the hope of eventually seeing something new.

If this genre is your thing, Sky Force Reloaded is a good example of it – it handles well and plays as you’d expect. Just don’t pick it up expecting a lot of variety or a brand-new experience.

Sky Force Reloaded offers your standard arcade shooting fair, but it doesn’t do a lot that your old NES was’t capable of. That’s not a bad thing if vertical SHMUPS are your thing, of course.