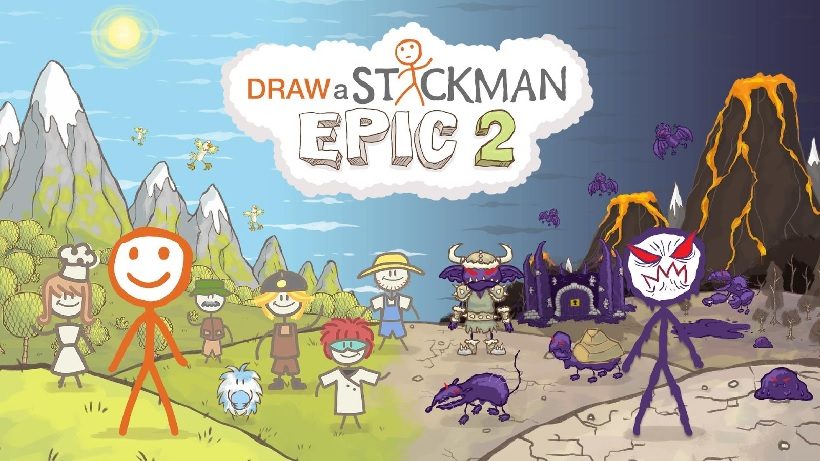 Sketchy, but in a good way!

Even after all these years, video games continue to be the only medium where action is a two-way street. Every time we press a button, swipe a screen, or even just nudge an analogue stick slightly, it’s always been much easier to enrapture yourself in a game than say a book or movie. Draw a Stickman: Epic 2 could have just been the latest in a long line of smartphone ports to make its way to the Nintendo Switch eShop, yet it aims to be much more, using this concept of unique interaction as its central conceit to let player action thrillingly affect change in its world. And it all begins, as you may have guessed, with drawing a stickman.

The second entry in the Draw a Stickman series by developer Hitcents, Epic 2 immediately makes a great case for being one of the most charming games to ever grace the Switch, largely due to its storybook-like narrative and papercraft aesthetic. In the same way that games like Tearaway and Scribblenauts let players be imaginative by implementing their own creations into their worlds, Draw a Stickman: Epic 2 lets you get messy right away by creating your own hero. 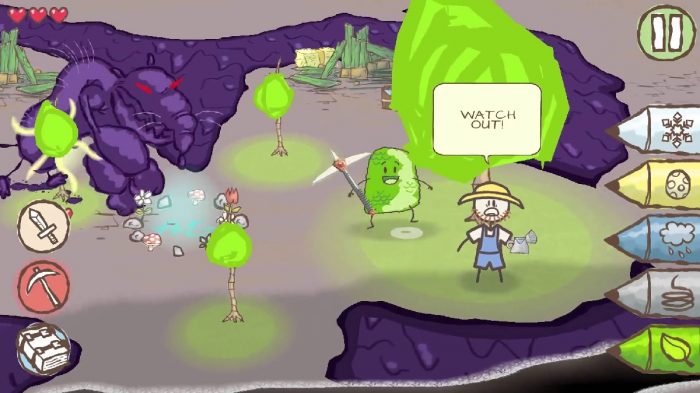 It isn’t long before your personalised protagonist and villain are at odds with each other in the self-proclaimed ‘epic’ tale the game has in store for you, and it’s really is in this custom approach that Epic 2 really shines. Played out across eight bite-sized whimsical chapters, this epic journey is one that might not last very long but never stops chucking out creative ideas along the way.

Outside of drawing your own characters, objects, and tools via either the touchscreen or the ZL and ZR buttons, Epic 2 is primarily an adventure puzzler whereby problems are solved by using collectibles crayons that each bestow you with new abilities. See a river you’re required to cross? Freeze it with the ice crayon and walk over. Need to connect a battery and a gate in order to open it? The wire crayon will do just the trick. All of Epic 2’s environmental puzzles are relatively straightforward, even if the solutions aren’t always telegraphed as clearly as they could be.

While the game itself is relatively brief, as mention earlier, certain collectible colours and heart pieces can only be reached using crayons gathered in later levels, meaning that there’s more than enough reason to re-experience this good vs evil tale. Especially when considering the new tones and shades at your disposal, you’re able to be more creative your second time around. 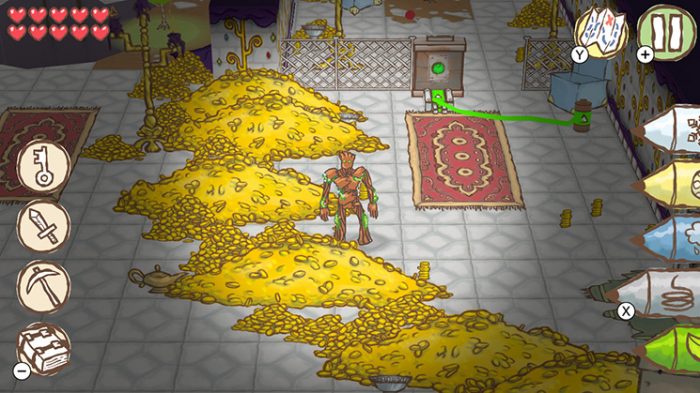 The Switch release also includes the ‘Drawn Below’ expansion, an entirely separate mode which shares more in common with a survival games as opposed to the thrills you’ll find in the main campaign. It’s here where Draw a Stickman: Epic 2 presents you with its ‘endgame’ of sorts, stripping you of your various crayon abilities to beat as many procedurally generated puzzles as possible. It’s a neat little extra that serves to give the game some extra life long after the credits roll, just don’t go in expecting to find hours of enjoyment.

There’s no denying that Draw a Stickman: Epic 2 is one of the most creative indie games out there. What would otherwise have been a relatively straightforward action adventure game is instead elevated greatly by offering players the ability to customise their experience. It’s quite impressive to think that nobody’s Epic 2 campaign will ever quite be the same.

Draw a Stickman: Epic 2 is a charming little papercraft puzzler that offers players the unique ability to personalise their story creatively, even if the campaign is quite brief and some problems leave you scratching your head for too long.