An opportunity to think about what you have done

In recent years the horror genre has seen a resurgence, and this has seen several horror-themed games come to the Switch. Detention isn’t just a horror game though, as it also manages to provide a critique on the little known (in the West) political injustices that took place in Taiwan during the 1960s whilst the country was under martial law.

Despite the political backdrop, Detention isn’t heavy handed with its political depiction, the horror is more traditional rather than being portrayed as a Kafkaesque nightmare; although Detention certainly can be considered nightmarish. The game is more akin to a side-scrolling version of survival horror games like Silent Hill, due to its focus on item-based puzzle solving and avoiding enemies (called the “lingered”) all whilst in an otherworldly version of the real world. As you move around the, mostly, deserted school the puzzles and the solutions become increasingly twisted. Some items are no longer what they first appear, whilst one solution is clearly a contributing factor towards the games 18 certificate. It’s around the halfway point though that the game increases its intensity and moves from a general sense of uneasiness, with occasional panic, to one where you’re constantly asking yourself “what the hell is going on now?”

It is during the second half that Detention strongly evokes the work of David Lynch, whilst still retaining its own identity. The visuals and the sound become distorted and fluctuate in response to narrative cues and player actions. This helps to drive the sense of disorientation as you try to understand the truth behind what has previously taken place. Despite seemingly sounding like the game is purposefully trying to confuse you, it never misplaces its own sense of logic. Many of the puzzles will certainly make you scratch your head, but everything makes sense within the logic of the game and the world it inhabits. For a game that remains bleak for almost its entirety, the visual design is remarkable, as it contributes in depicting both mental and environmental decline. There is almost a tangible sense to some of the environments yet distorted just enough to generate additional uneasiness. By doing so, the juxtaposition to off the wall situations (sometimes literally) is more impactful. None of this is real, but it never comes across as unbelievable. The atmosphere that is created by what is on screen is encompassing; you fully submit to the dread that is unravelling. This is strengthened by the wonderful (maybe not the best word given the subject matter) sound design, which reinforces the feeling of trepidation. All the while haunting you, shrill screams echoing, high pitched scratches presumably coming from chalkboards, non-diagnosable sounds making you question whether it came from the game or right behind you. Therefore, the optimum way to experience Detention is in handheld mode, headphones on, and lights out. 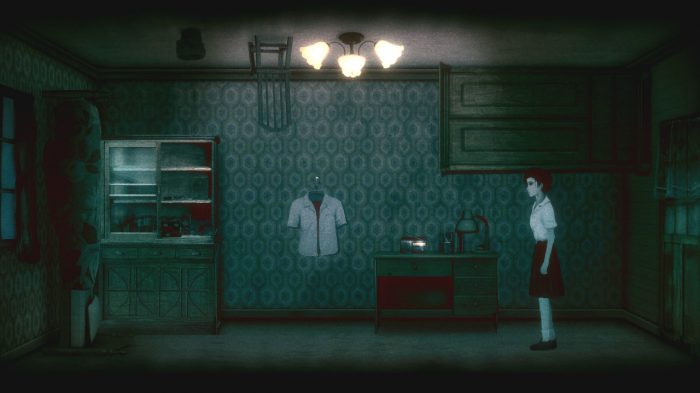 Detention is an experience. It’s rarely pleasant, and sometimes horrifying, but it is sincere. It exposes players to a time and place that many of us are unaware of, but without resorting to – ironically – a school lesson. Instead, it utilises tropes from the horror genre to illustrate the terror that arises from abuses of political power for the sake of the “wellbeing and security” of the State.

Detention is a perfect example of how the video games medium can be utilised to tell unfamiliar, but important, stories in a novel and impactful way. That by no means takes away from its credibility as a horror game and instead strengthens it.