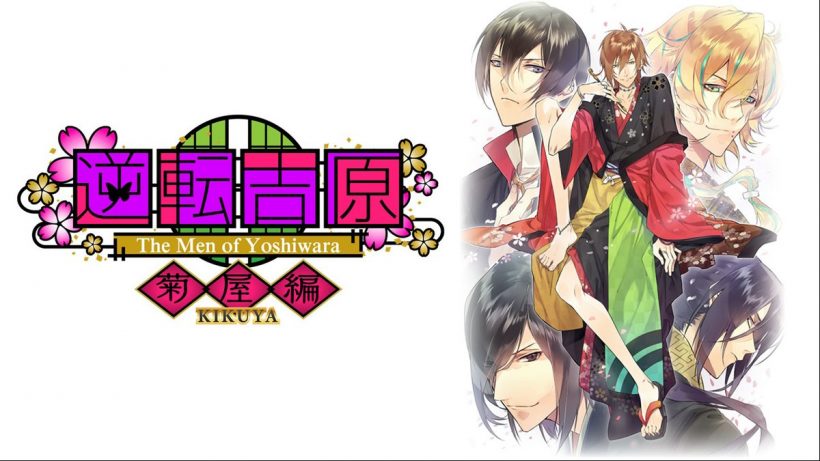 You have to wonder why it hasn’t become more commonplace for authors to release their books in video game form. 100 Classic Book Collection was a hit when it was released on the DS, turning the console into a Kindle of sorts to read the classics from Great Expectations to A Christmas Carol. Switch, of course, as we’ve pointed out so many times before, is tailor-made for the sort of titles which work best when you pick them up and take them out on the go with you.

Men of Yoshiwara: Kikuya is the Switch’s first example of a visual novel, and it’s bound to be the first of many. If you’re coming looking for bags of gameplay and action, you should be looking elsewhere, as it’s almost exclusively reading a book with images and text on the screen. A simple illustration depicting the speaking character will occupy the bulk of the screen, while a textbox takes the lower third.

The story is told in the first-person through the eyes of the coming-of-age female protagonist, whose inquisitive nature takes her to her town’s red light district, which is where all of the men in her town are employed. You have a number of storylines to play through, all focusing on a love interest with a particular ‘man of Yoshiwara’, so that’s a decent amount of content included at around two hours apiece. It’s all incredibly niche, as it’s targeted at girls, of course, but it’s a given that if storytelling of this kind is your thing then you’ll be able to enjoy yourself.

Though it’s a coming-of-age story as a girl is introduced to the other sex for the first time in her life, the story is packed full with vivid imagery to do with sex; it’s not one for the kids. You can steer the story into one full of innuendo and hinting at the hibbidy-dibbidy going down. If anything, it’s a statement of intent from Nintendo that they are trying to win new audiences by having a title like this on the Switch eShop – it feels as if EL James tried her hand at otome, leaving the female lead to run riot with a bevy of boys at her disposal.

There aren’t any particularly wow-inducing effects – this is quite literally a visual novel in the grandest sense of the term, with no moving illustrations or anything like that. The only interjections to the storytelling are when you get presented with a number of options which dictate how the story will continue. It would have been a big improvement to have had a narrator read out the story – there’s an option to automatically play the text, but you’ll need to be staring at the screen continuously in order for that to be of any use.

This is the sort of genre that is best enjoyed with headphones in while having a nap in the garden on a calm summer’s day – narration, therefore, would allow you to just set it to play like an audiobook, and might well have injected a little more personality. As such, the reach of the game is likely to go down; it’s only likely to appeal to people with a keen interest in reading, and reading Japanese-based pseudo-erotica at that.

While its audience will of course be niche, this is a genre that the Switch needs to start seeing more of. Less a game than a Kindle app, the medium is perfectly suited to visual novel titles like this.