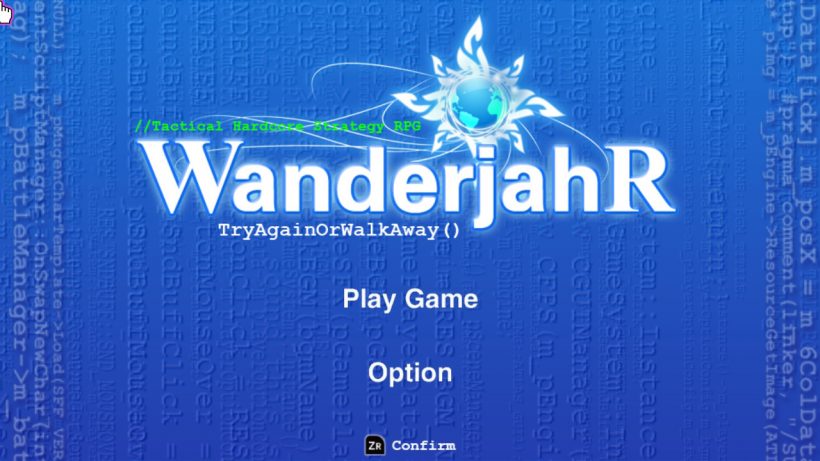 It might be fair to start this review with something of a personal confession, strategy games bore me. I say this because at its heart this is exactly what Wanderjahr: Try Again or Walk Away is and may give an early insight as to why I really wasn’t a fan of this game at all.

The game begins with a somewhat convoluted plot; 101 years ago scientists found that the world has its own source code which determines what will become good and what will become evil, when things will live and when they will die. As scientists began to understand the source code they also found a way to manipulate it so that they could gain control and eliminate evil from the world. Unfortunately, this doesn’t go to plan, instead creating an army of monsters hellbent on destroying the world. The player is tasked with taking control of a group of different party members whose mission is to destroy the creatures that have spawned due to the mistake which brought them to the planet. There are eight different unit types overall, each with their own unique abilities. For example, a nurse character will hang back and heal your characters while they are busy taking out waves of enemies.

Both button and touch controls are available here, you can use buttons to swap between units or utilise touch controls in handheld mode – which feels a lot easier if anything, but with the touch controls being better than the traditional button controls in my opinion, this is where I started to notice the main problem with this game. In general, it feels like a game much better suited to a mobile phone. 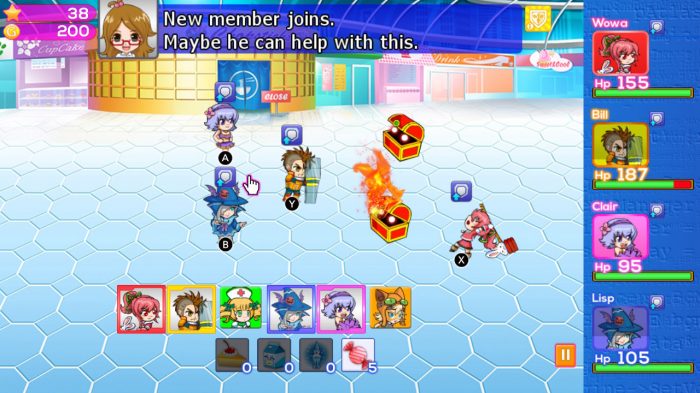 Wanderjahr: Try Again or Walk Away has a lot of features that you would see in a game that you would likely find in a game you can download off the various app stores. The in-game shop very much feels like it could’ve been crippled with micro-transactions but, thankfully, these are non-existent, but it is definitely clear to see how these could’ve worked.

The gameplay here is also incredibly reminiscent of a mobile game, there is very little interaction required from the player other than swapping party members in and out of the playing field, and with that only taking a singular button press or dragging and dropping the avatar if you’re using the touchscreen control, this is a game where you’ll spend more time watching it then actually interacting with it. 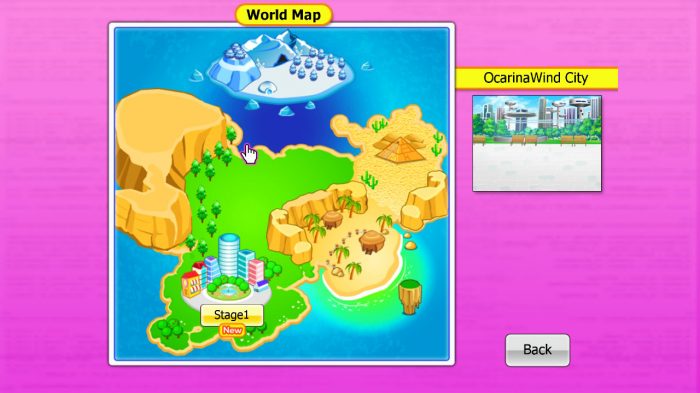 It’s a shame then, that a game like Wanderjahr: Try Again or Walk Away is such a bland experience because you can tell that a lot of love went into its presentation and design, the game’s environments and menus are both colourful and vibrant, and the soundtrack is equally as enjoyable and fitting for the kind of game it’s part of.

Wanderjahr: Try Again or Walk Away would’ve been a much more enjoyable experience if there was a lot more interactivity to it. However, because you spend more time watching the game than actually playing it is becomes a shallow strategy game which left me bored rather quickly. I’m pretty sure there’ll be something here existing fans of the genre, but if you’re not a fan of strategy games you could probably give this one a miss.

Wanderjahr: Try Again or Walk Away is a bland strategy game that feels more like a mobile game, very little interaction and lack of variety in gameplay make it a passable experience.