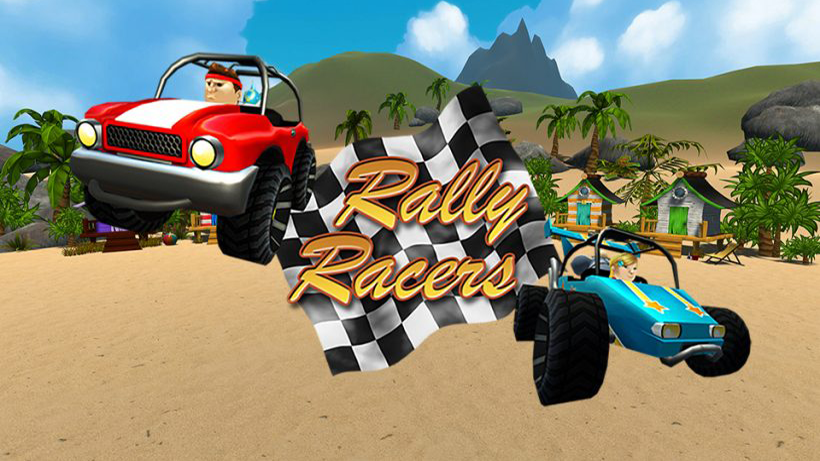 Rally Racers attempts to create a fun, varied kart racing game. You take on races one by one attempting to complete 3 objectives in order to unlock the next track. The objectives are varied from finishing top 3, scoring enough points from stunts and collecting oranges (yes oranges) around the track as you race. The variety in tasks means that any race can be worthwhile, find yourself falling behind the pack? Then take the time to explore alternate routes and collect oranges or pulling stunts for points.

It’s a nice twist on the normal kart racing formula, though these aspects could have done with more fine tuning, stunts are as simple as getting airtime and spinning and the oranges are so plentiful its hard not to miss them. Every now and then you’ll even get a boss race where the task is simply to chase down ghosts before time runs out, it lacks spectacle for what should be a boss and the challenge varies greatly depending on how many upgrades you have. Whilst visually the game is pretty rough across the board, the tracks are interesting and certainly varied, the first few tracks alone range from racing through the woods to speeding along the beach as a volcano erupts around you. They’re not entirely perfect, the lack of barriers to the sides of the track can lead to some frustrating moments of unintentional off-roading (curse that ice weapon) and being reset to the track. When it comes to the racing the game starts to show its lack of polish as cars feel glued to the track. There is no rubber banding on show here, if the opponents drive off into the distance, you’re never seeing them again. That’ll please some people but frustrate others.

To top it off the weapons on offer are lacklustre, any kart racing game lives and dies by the chaos caused by the weapons after all whats Mario Kart without some blue shells. Rally Racers offers up a small selection of items, only a few of them feel particularly useful such as the shield or ice beam. There’s a certain lack of fanfare to the weapons, the missiles set off a small explosion that will blast opponents up in the air but it feels relatively nonthreatening, take that tame feeling and apply it to the majority of the arsenal and you lack the fun chaos essential to kart racing. 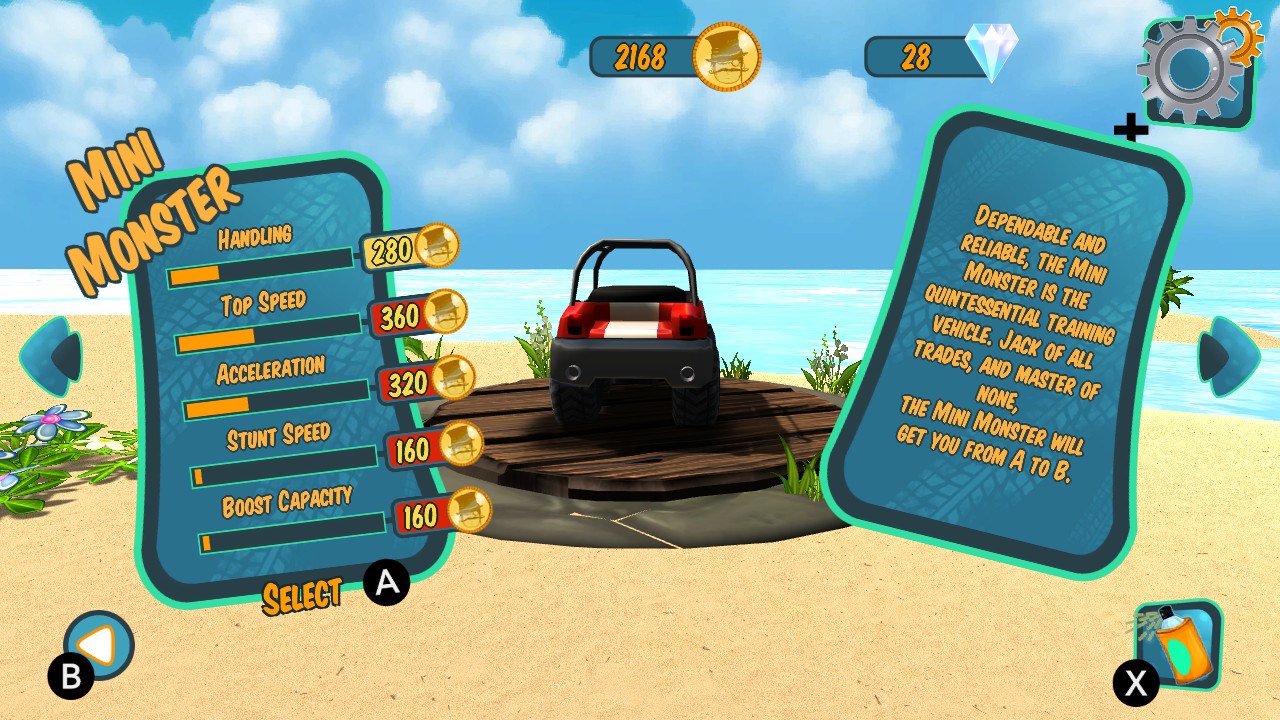 Thankfully Rally Racers has enough interesting features that help to look past the core racing experience. As you progress and unlock more characters, those characters join your team which in turn means they wont attack you during races, it’s a small but neat touch that adds another layer to progression. Outside of character unlocks you can also unlock new cars and upgrade them across several different stats allowing you to customise your car to your play style or the track your racing. Having trouble getting enough points in a race, upgrade the stunt speed. It ensures that the game never becomes difficult although this comes at the expense of the game struggling to achieve a satisfying difficulty curve.

Rally Racers sets out to be a fun cheap kart racing experience and there’s certainly some interesting ideas here but the lack of polish and lacklustre driving mean the game struggles to live up to its potential.

Rally Racers seeks to mix up the kart racing formula and actually presents some fun ideas but core gameplay is lacking just enough that the game doesn’t quite fulfil its potential.