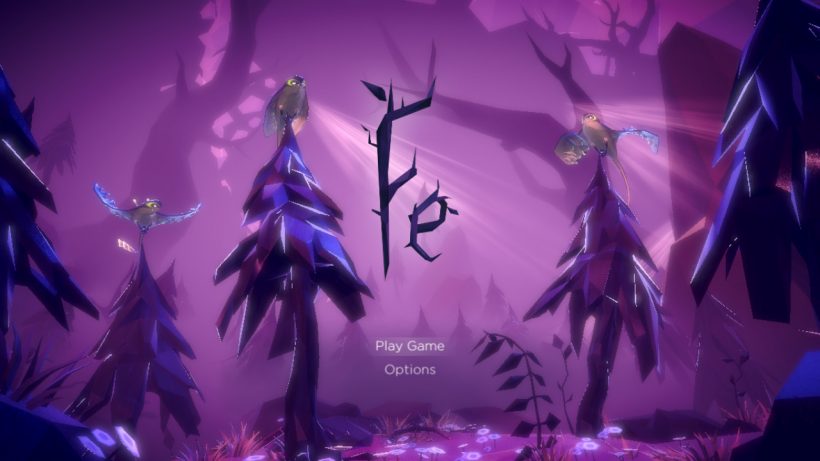 Sometimes a game arrives and you really, really want to love it. You are enthralled by the setting, the atmosphere or the visuals. Fe is such an experience, and almost everything about the game captivated me. Published under the EA Originals label, the game is brought to us by the Swedish folks at Zoink!, best known for Stick it to the Man, Zombie Vikings and the upcoming Flipping Death. Fe is remarkably different to all of them in every single way, it looks fabulous and the ideas behind it are so interesting, and, dare I say it, magical.

You play as a bipedal creature in a mysterious land, and with little to no direction (or story) you are tasked with unraveling the mysteries of the dark forest you find yourself in – which has become overrun with nasties. You possess the ability to jump, and more notably, the ability to sing; to enchant some of the other flora and fauna around you and in doing so you can activate some of the forest’s secrets. 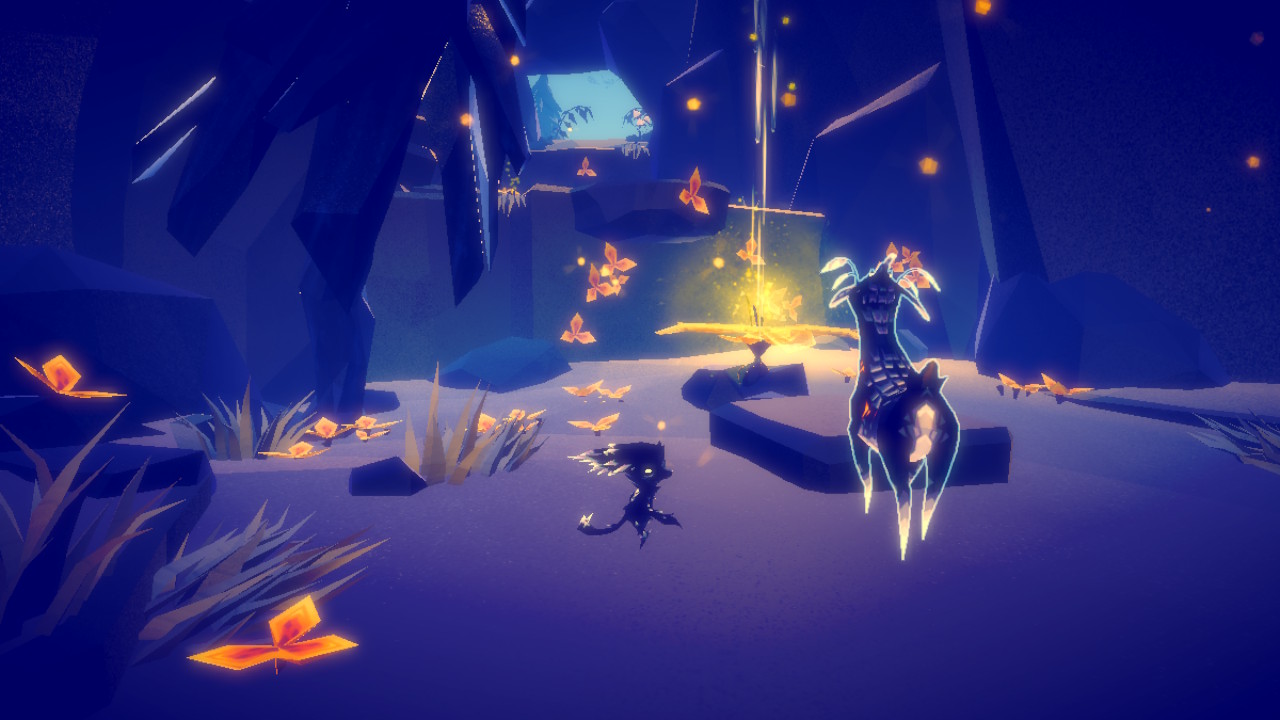 There are multiple “languages” of the animals to learn within the game, and as you start manipulating the world around you, you’ll soon start to unlock new abilities too, including the ability to climb, glide and more.

The world around you is a treat, and Zoink! should be commended for the little world that’s been created. Although everything has this neon-hue, the atmosphere and setting is incredibly well done and the soothing tunes only add to the experience.

As noted, the core principle of Fe is the ability to sing and communicate with the world around you and this is achieved by pressing ZR when in proximity to a target. Once connected, you can tilt the Switch (or controller) to match the pitch (or use the right stick if you prefer) and once connected, bingo: the animal or plant can do your bidding. This will activate jump pads, or projectiles or other such things needed to progress your adventure.

At this point, you’ve probably already jumped to the number at the end of the review and be somewhat confused. Despite all of the charm that Fe possesses, it just wasn’t any fun. The controls are somewhat clunky, but you’d forgive that if it was actually enjoyable and that’s why it’s such a big disappointment for me. Being left to your own devices is commendable, but despite the later addition of pointers (by way of circling birds) it’s all just a bit, well, boring. 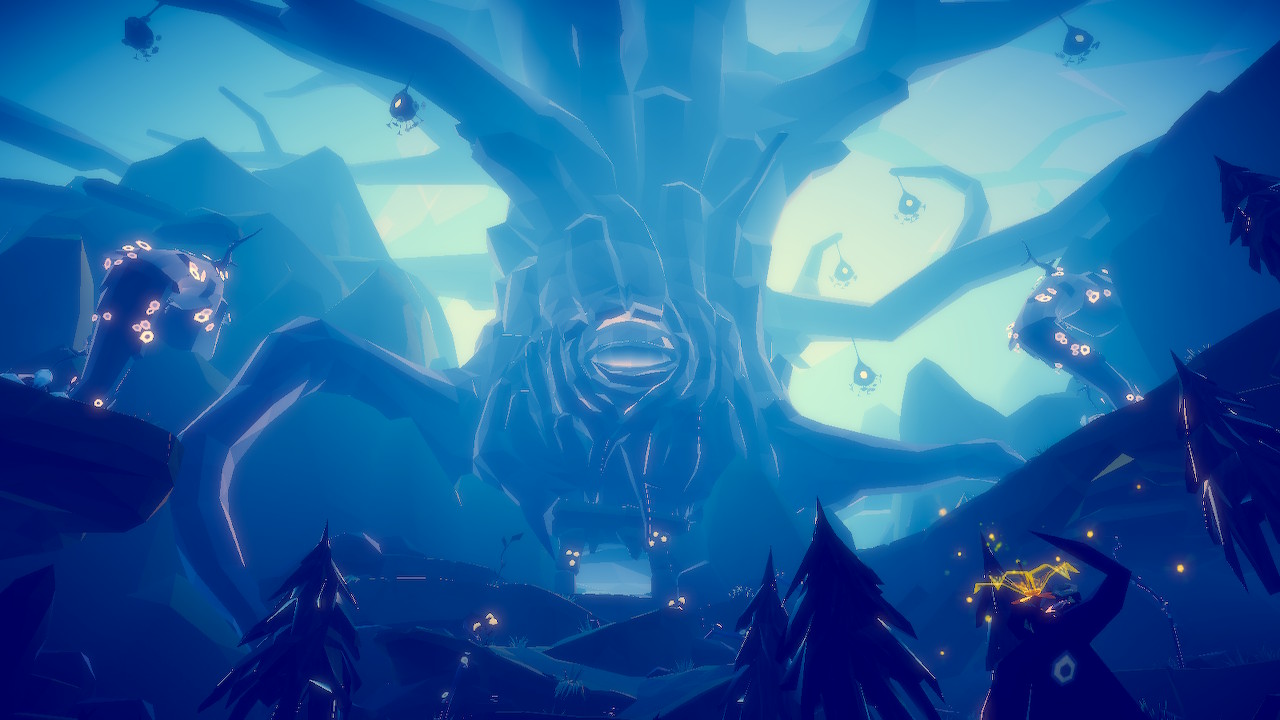 As you meander from waypoint to waypoint, collecting shards and unlocking new features you never really get to enjoy what’s happening. There are also sections which can be incredibly frustrating; I’m all for a challenge but not something that’s beyond annoying. There’s a section where you have to climb during a gigantic set-piece, climbing and gliding from tree to tree which requires incredible timing and precision – something that the camera and controls ensure fail to contribute their part.

It’s often suggested that games are an art form, and Fe is a glorious demonstration of that – and perseverance may yet yield a rewarding experience for some. I noted myself that I really wanted to enjoy it, but is was so frustrating and annoying that I just didn’t…

It doesn’t matter how clever or interesting your idea is, or how stunning and vibrant your game looks when it’s just no fun to play. Perseverance with Fe could ultimately yield some satisfaction but for me it was just too boring.