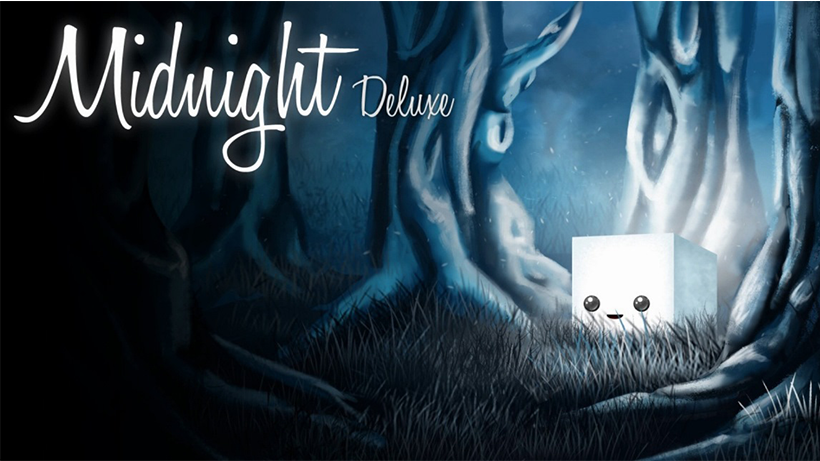 A little light in a dark world.

Midnight Deluxe is a dark, simple puzzle game, get the light cube to the glowing end portal. Its straightforward premise betrays its difficulty, however, and the end result is a relatively mixed bag of gameplay. The game plays similar to any 2D golf game, you control the glowing cube and must fire it to the end goal, you adjust the aim and power of your shot and then unleash the shot to make your way through the level. It ranges from simple well placed shots to timing a shot so it bypasses an obstacle at just the right moment or even rushing to the end of the level before a killer fuzzball gets you. For such simple mechanics, it’s surprising how much depth there is to be found in the level design. 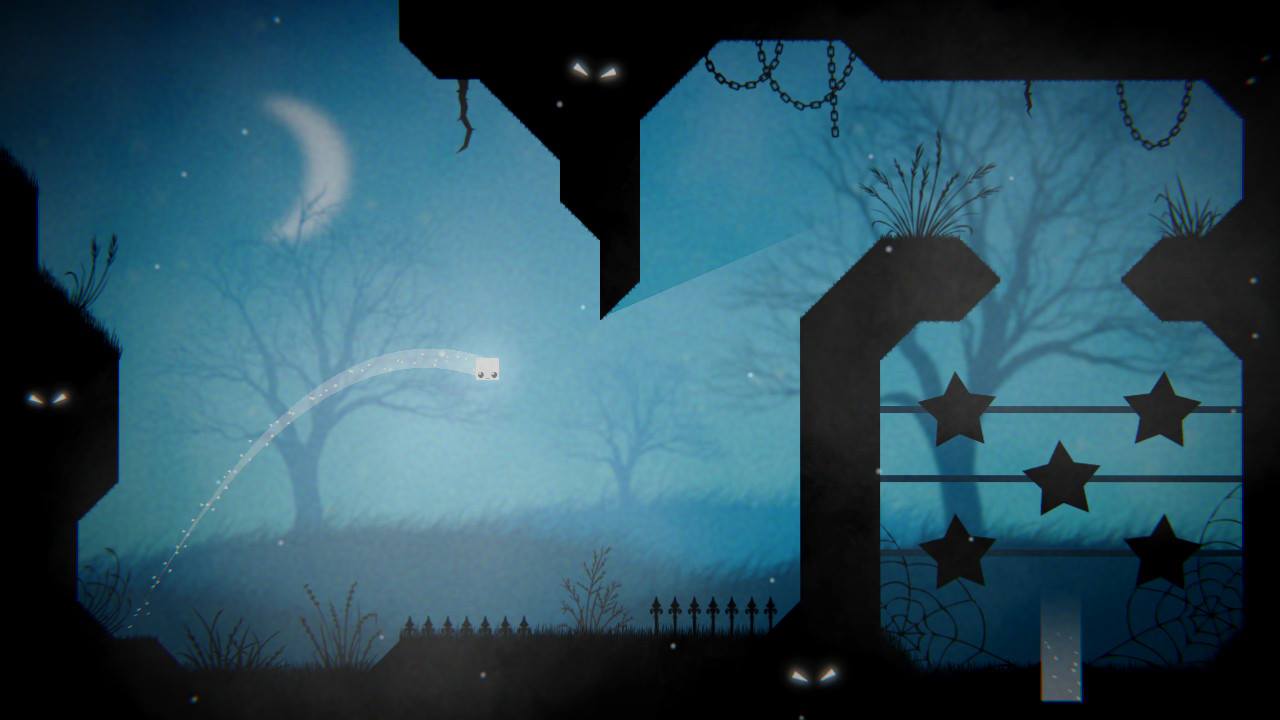 Of course, there are issues with some of the implementation, in the drive to create challenging levels some levels require very precise shots in order to progress, for example, one stage required firing over an edge at just the perfect angle and power that you slide down a gap in the wall or die. Unfortunately with a distinct lack precision with aiming it can be frustrating to pull these shots off, sometimes it felt more like trial and error than skill. Being able to retry levels instantly helps to mitigate the annoyance but as the levels get progressively harder and every shot is more difficult than the last it quickly becomes a challenge to simply keep playing. 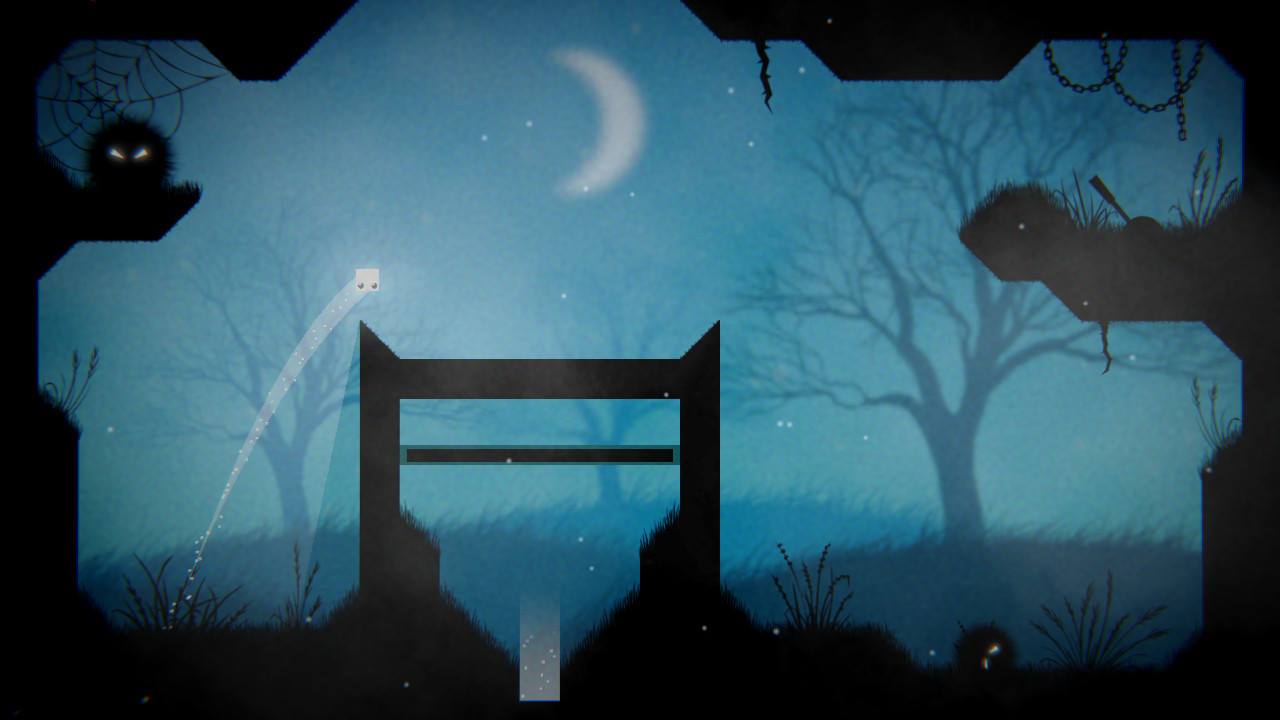 The game is also lacking interesting visuals, the style is very dark and imposing, reminiscent of the likes of Limbo or Badland with the environment and dangers all in the imposing black. Unfortunately, here, it means that the levels fail to substantially stand out from one another the lack of variation in colours and designs makes the experience feel like a blur rather than distinct memories. It’s by no means bad it just fails to justify the moody setting and ends up being rather forgetful. 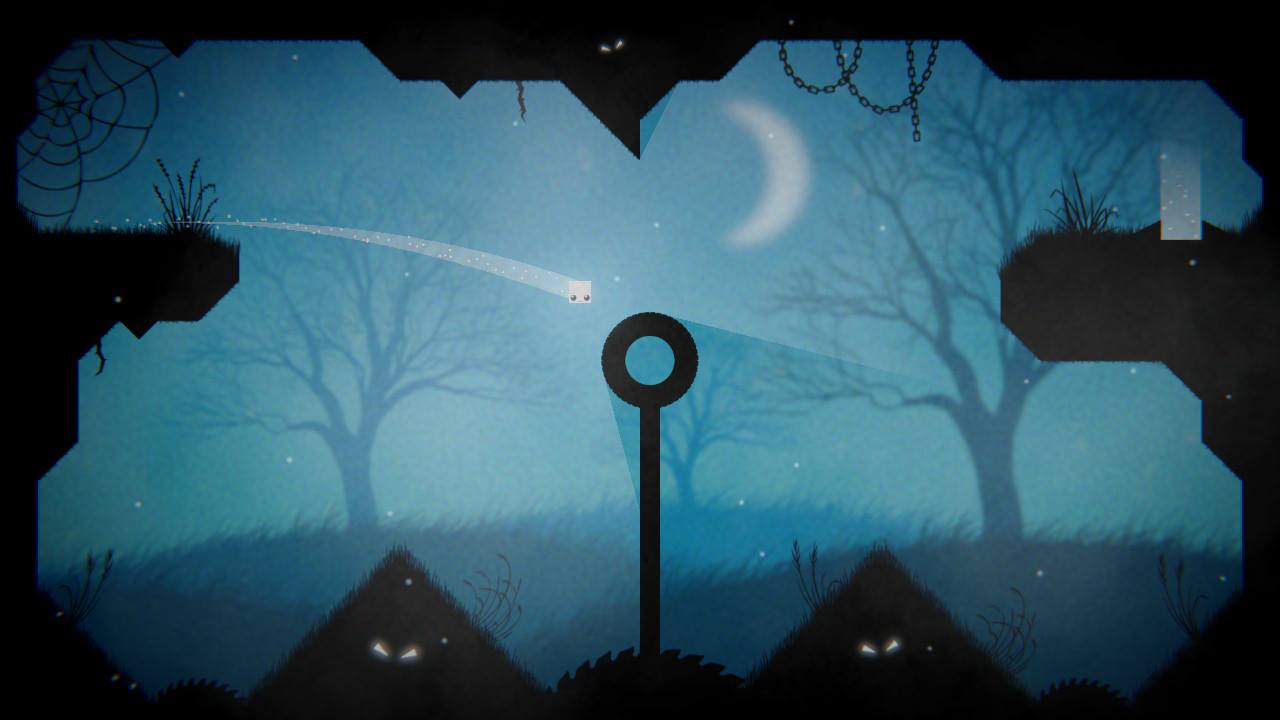 Progressing through the game isn’t overly hard, through sheer trial and error, you can blast through all of the levels in a single afternoon, however in order to get the top scores on levels requires near perfection. You cannot afford for shots to go astray and, as such, the top score feels lucky more than because you perfected your skills, the game could benefit from an extra mode or a reason to go back to levels other than the elusive 3 star rating system, there’s little room to experiment outside the suggested solution and that’s a shame because as varied as the level design can be there’s just little room for the player themselves to play around with shots or ideas.

Midnight Deluxe is a short experience and has some fun ideas that explore the concepts presented in intriguing ways but, unfortunately, it lacks some of the refinement necessary to make this an all round fun time. A greater sense of control would go a long way to resolving these issues and some extra game modes or mechanics might help expand upon the solid premise but, for now, all we have are interesting ideas. Much like Midnight himself, there’s a little light shining through the darkness here and with a little refining, there’s something good in there.

Midnight Deluxe goes for the 2D arcade golf mechanics and even manages to find some creative levels that utilise them well but a lack of refined control and limited playing options leave this game failing to fulfil any potential that’s on offer.