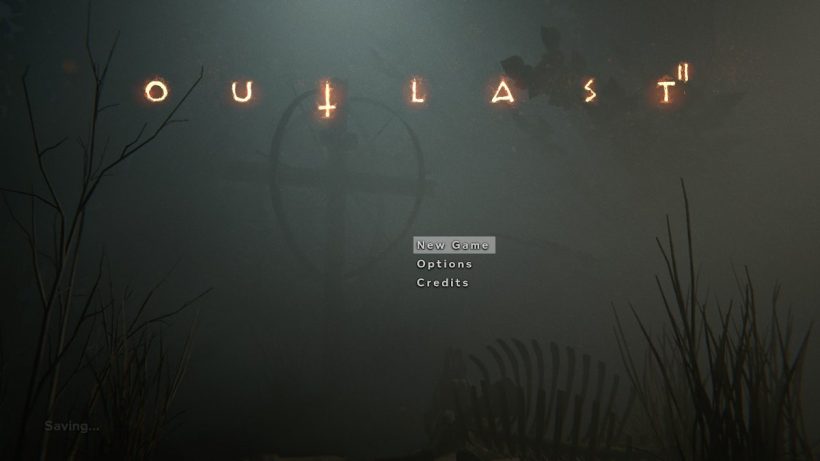 More of the same, but will the novelty last?

Just about a month after we got the sudden release of the first Outlast game and its Bundle of Terror, Nintendo fans now get to play the second title in the horror franchise. And they’re lucky they get to do so, because it’s a joy (or a horror, depending on your viewpoint…).

The first game was fantastic in the way it generated atmosphere, sending the player – in control of an investigative journalist – into an abandoned mental asylum in order to find out what’s behind some very unusual reports. In Outlast II, you play as a cameraman working with a presenter on a documentary regarding the murder of a pregnant woman. Skip to the next paragraph now if you don’t want an early spoiler… the game starts with both characters filming a news report from a helicopter, which crash-lands into a mysterious village in Northern Arizona. Miraculously, the camcorder survives the crash, leading to a repeat of the filming mechanic to help advance the story through collectables from the first game.

While the majority of the functions of the camcorder are present and correct from the first game, there are some new additions. Hit the left directional button on your left Joy-Con to use an audio-amplifier, allowing you to listen through walls and other objects and get a sense of where the evil entities are around you. Also, rather than simply scribbling notes upon the sight of plotline sights and objects, you’ll need to point the camera at certain scenes and events as a progress circle slowly fills to a full 360 degrees, a bit like the scanning system in the Metroid Prime games. This is a bit more of an annoyance than the first game’s system, as with some events happening quickly due to moving characters, you’ll need to know to point the camera at them immediately if you’re going to record it. Fortunately, though, on completing the game you’re given the full list of all the video recordings even if you didn’t manage to grab them all when you were playing through.

It really is great storytelling of the highest order, and exactly the sort of thing we want to see more of making a home for itself on the Switch. Main character Blake doesn’t take long to discover the mystery of the Jane Doe victim that they are there to investigate, but it’s finding wife Lynn which proves to be the hard work, with the cultist locals having seized her to put her through a series of messed-up religious misdemeanours. Blake’s mission to rescue Lynn is intersected to flashbacks to his school days, which become all the more messed up each time you return. After playing this and The Coma: Recut, I’m pretty glad I’m too old to go to school, as Switch players will know by now that they can be some dangerous, scary places. Even if you don’t ramp the difficulty all the way up, the game’s story is still enjoyable if you’re a horror fan.

And horrifying it is, with an equally treacherous plot to match that of the first. Expect to see all of the staples from the first game, including dismembered limbs, torture, gruesome deaths and demented “leader” enemies which will cause you the most trouble and try to deliver the most sickeningly gory death imaginable on you. And yes, there is a heap of nudity involved, most often involving the cultists but also with the victims in rarer cases. Gone are the days when it would be headline news to see even some cleavage on a Nintendo system – with the Outlast games and LA Noire both on the Switch eShop now, Nintendo’s image as a system solely for youngsters is quickly being blended with this one, as a home for good ports of the more adult games, too.

It is fairly linear, though. The basic format of the game involves walking through a corridor-like route to the next set-piece which is likely to have you trying to lurk in the shadows to evade a dangerous boss, or hiding under a bed or in a barrel or locker in order to escape your fate. You can still slam doors shut behind you when you’re trying to run away, but this time you can slide the latch to buy yourself some extra breathing time – but the enemies are still able to smash the doors through anyway, so it’s rarely worth the effort of locking it. Only on one or two occasions did I have to unlock a door that I’d bolted shut in order to head back in the other direction – being able to slip out of rooms through the windows adds a bit of variety to the escape plotting process.

Things, on the whole, feel a lot more open-spaced than in the first game, which was, of course, limited in the fact it was almost entirely set within a building. However, as the game progresses there are certain locations which feel a lot more enclosed than they look, with the squeezing through tiny gaps in walls and rocks back again. Certain sections offer an alteration to the controls, including taking a raft to paddle across a lake and then down a rapid river. Water sections, which were the hardest part of the first game, are also back, and there’s nothing quite as horrifying as hearing splashes behind you while you aren’t able to leg it away with any pace at all.

Light and darkness also make an impact on the overall gameplay, as even though you are able to set the gamma before the game begins, there are still some sections which are far too dark to make out even when your camera light is on. It is a frustration when your batteries run out and you have to wish for the best that there’ll be some nearby, and it’s a rather unforgiving lesson that you should use the battery-consuming light as sparingly as possible.

Being able to pick up both of the games in the series on Switch, the only portable option, for around £40 altogether, is a dream. Definitely pick this up if you’re a horror fan. You won’t find any better title on the Switch’s eShop for the same price.

One of the best third-party offerings yet on the Switch in terms of atmosphere, and memorability, the Switch eShop is better for having the Outlast games on it. Pick them up, adults.