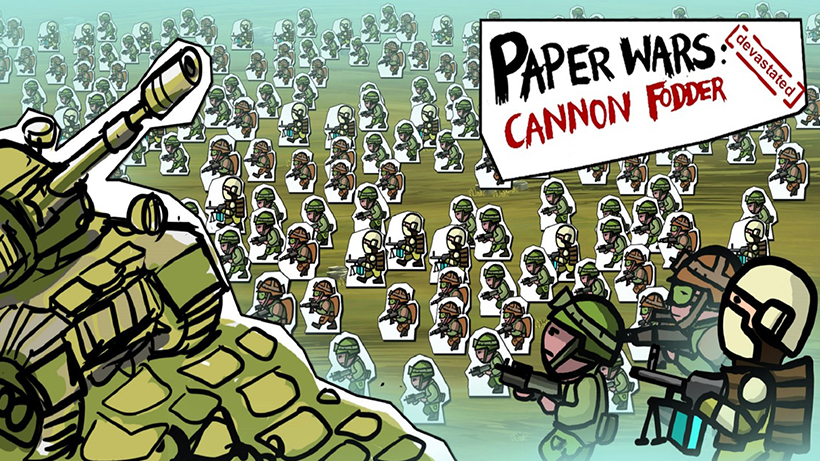 Paper thin on all fronts.

Paper Wars is a tower defence-lite game, you control a tank that can fire missiles at an onslaught of enemies that walk across the screen. Your task boils down to stopping those enemies from getting to the left side of the screen, the nuances of each mission varies slightly – sometimes you’ll need to survive a few minutes, others you’ll have to kill a certain number of enemies but the core gameplay loop is always the same. Alas, that gameplay loop just isn’t interesting enough to sustain the game for long. You’ll charge and fire your missiles at the hordes of enemies, occasionally collecting power-ups to help manage the chaos but that’s more or less the same from mission one all the way to the end, the mechanics just aren’t deep enough to keep things interesting for long. 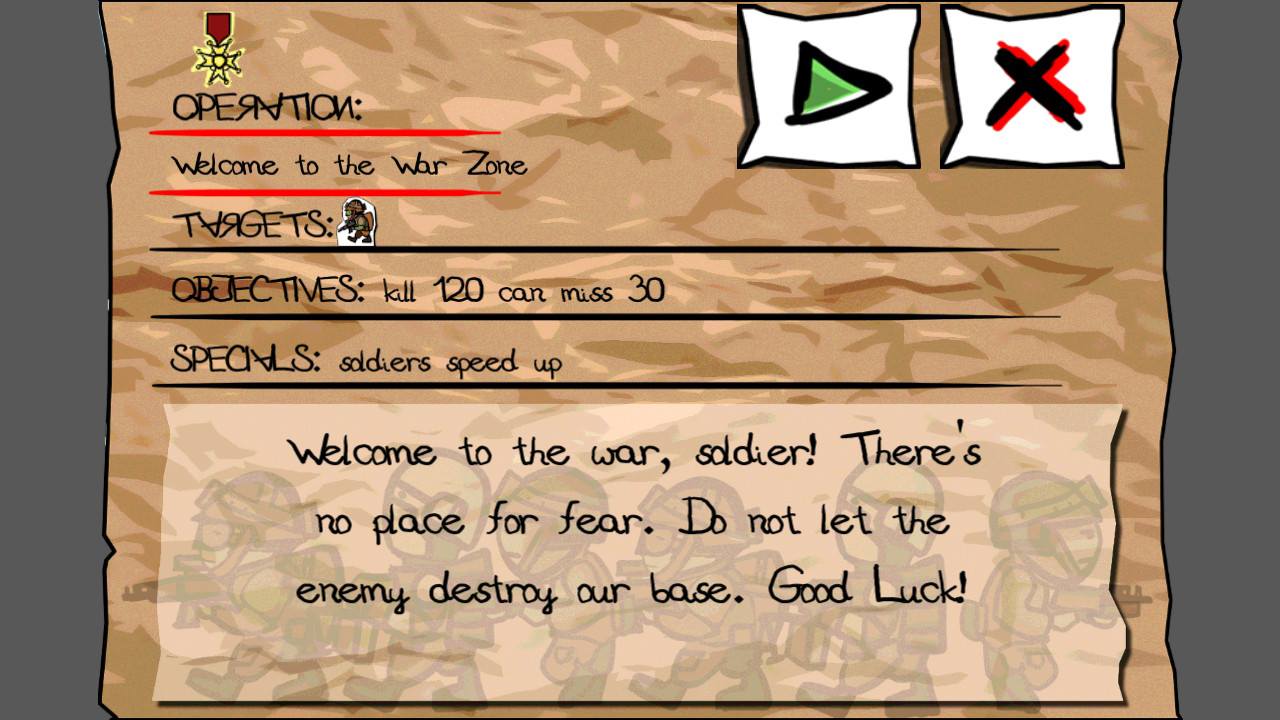 The game strives to not be taken seriously, from the paper cut-out visuals and scribbly writing to the paper-thin story tying these missions together. Whilst initially charming, it fails to capitalise on the tone as the game goes on, the enemies fail to look striking and the levels barely change in any meaningful way. By the end of the game, everything starts to look a touch dull. The game UI suffers a little on the small Switch screen, power-ups are unclear in some cases and, amongst hordes of enemies, it’s far too easy to miss helpful power-ups before they disappear. 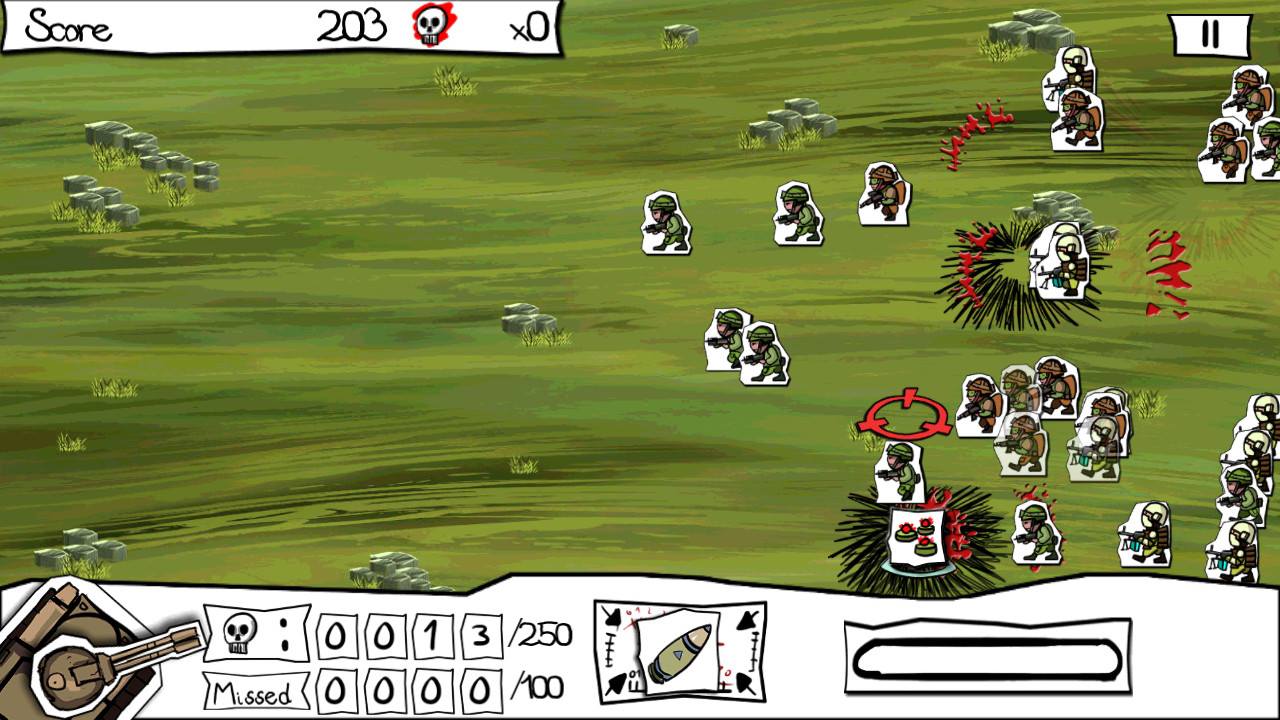 Paper Wars attempts to make up for this by giving you plenty of content to fire through, with 28 main missions and a survival mode there’s probably more than enough there to have your fill but the game also throws in two other modes, Winter Assault and Zombie Warz. They work more or less the same as the main game but with a new look for enemies and levels, it feels like a missed opportunity to really mix up the formula and it comes way too late for it to spice up the experience in any meaningful way. 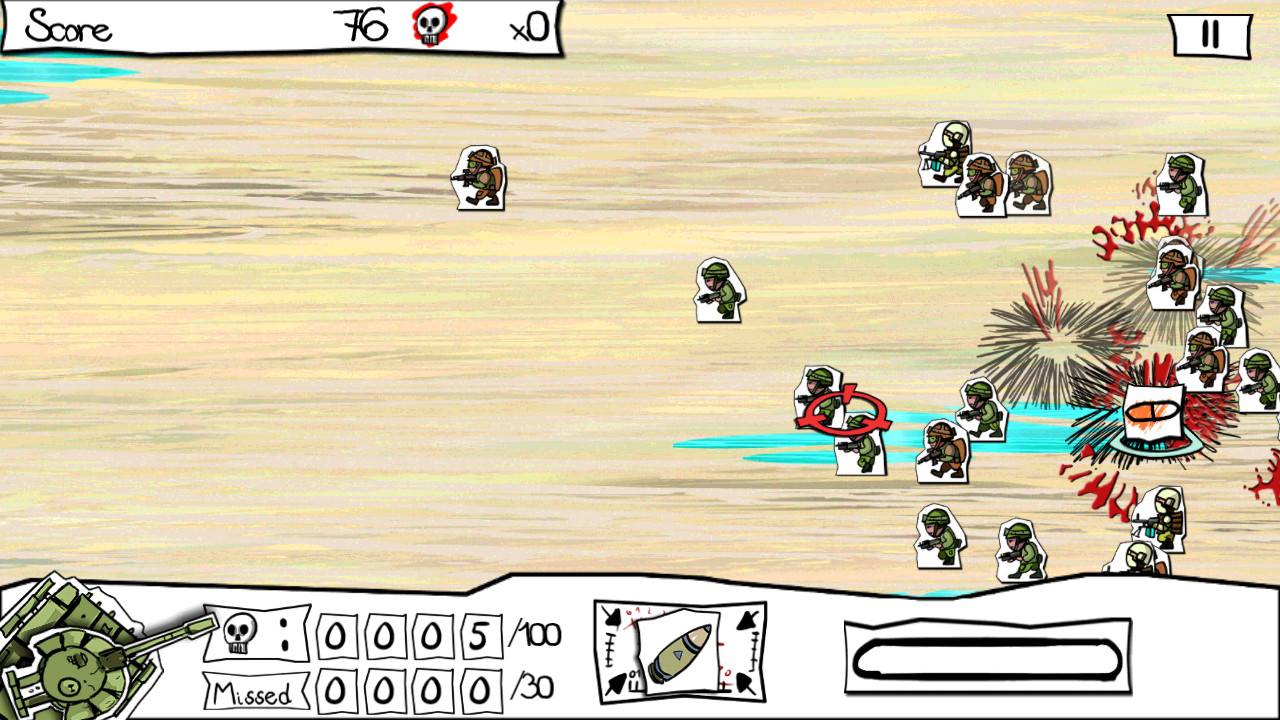 Paper Wars Cannon Fodder is an uninteresting game that is happy to not take things too seriously but fails to deliver compelling gameplay. The game works well as a chilled out palette cleanser that you can play without requiring much attention but those looking for a more involved game will be left disappointed.

Paper Wars Cannon Fodder attempts a charming take on tower defence gameplay but unfortunately paper thin mechanics and lack of variation in content mean that this game fails to hold the attention for long.