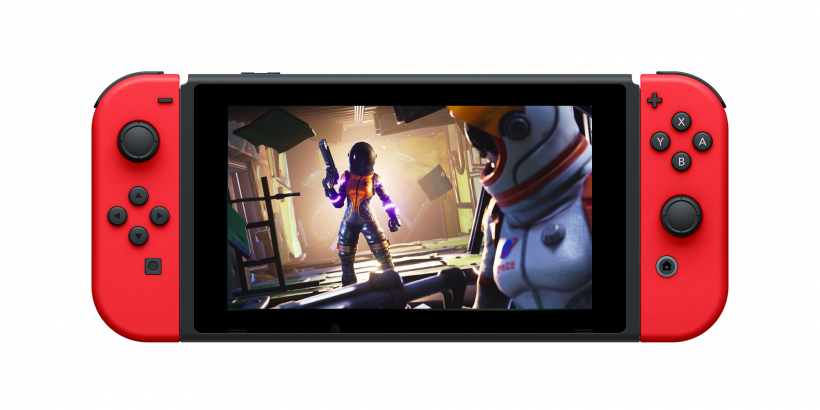 Where we landing boys?

Take this news with a pinch of salt, as nothing has been confirmed as of yet.

It seems Fortnite has made its way to every major platform at this point, with Android in the immediate pipeline, and those such as myself eager for a Switch port may have more reason to be hopeful after the smattering of recent rumours. Emerging from Twitter user LeakyPandy (an account that correctly predicted March’s Direct), a rumour stating that Fortnite x Switch exists is making the rounds online:

Personally, I think there definitely a level of plausibility in the above list of features and the speculated release plans around them. As mentioned by the likes of Nintendo Life and USGamer in their coverage of the information, Nintendo have already worked with developers to add in cosmetic bonus items to titles ported to the platform (examples being the likes of the Master Sword in Skyrim or the Mario-centric cars in Rocket League), and so it would be a cool differentiator to have perhaps Mario’s hammer from Donkey Kong as a pick-axe in the game, or Luigi’s Poltergust as a piece of back bling. It’s interesting to note that LeakyPandy notes these exclusives would be apparent only in the PVE mode only, which seems fitting so as not to restrict other players should their be cross platform play.

I can certainly see the Battle Royale mode coming earlier (perhaps E3 time) as a standalone release, with the PVE, ‘Save the world’ mode coming later and thus having more development time in the oven, what with the possibility of it having local play capabilities. Perhaps we might also see a physical release of the full game, but I’m getting ahead of myself at this point.

No doubt we will find out the validity of these rumours in the coming weeks, what with Nintendo set to unveil long awaited information on the online infrastructure for the Switch in May, and their E3 presence also. Fortnite could prove to be a heavy hitter for the Switch as a surprise reveal, especially if they were to play the ‘and it’s available now!’ card that has become popular lately. We can only hope.