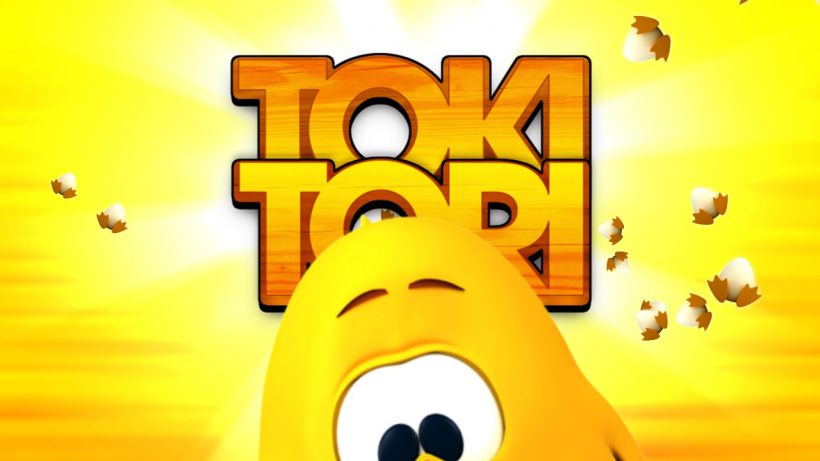 Following a series of games is a little complicated on the Nintendo Switch. With the rush to bring the latest, fresh titles to Nintendo’s hybrid developers want you to play with their latest toys before letting you loose on past glories. Toki Tori follows this trend to the letter. We’ve already seen the rather fine Toki Tori 2+ and now, just a short while later, we have that game’s predecessor sat alongside it. 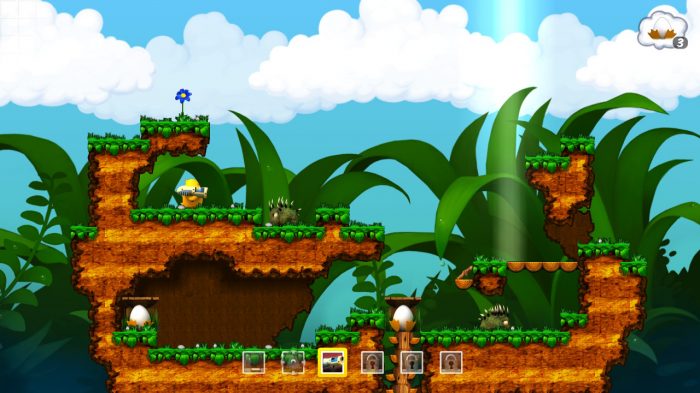 Toki Tori uses the same core mechanic as its sequel. You control the bright-yellow titular chick. Being of a rotund nature, he can’t fly and he needs your help to find a way to collect the eggs from each level. In TT2 you traversed a gorgeous world map that you could explore and choose your path. Toki Tori isn’t as adventurous. There are six worlds with themed levels that you work through one by one. If you get stuck, you have a wildcard that allows you to skip a single level. To get the wildcard back you need to go back and complete it. 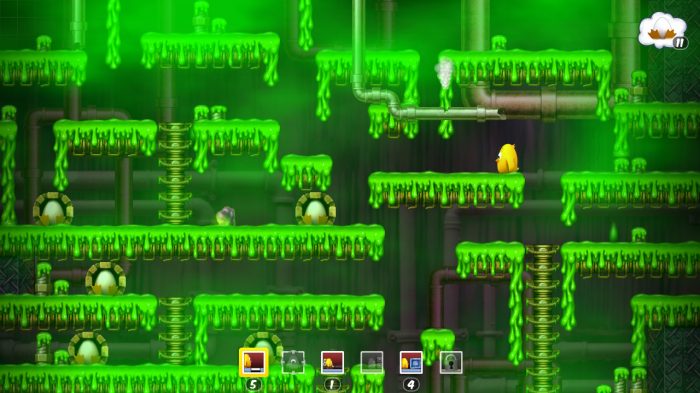 Toki Tori has a few powers that allow you to solve his conundrums. Alongside his basic moves of climbing ladders and floating down, you start out with the ability to teleport and build bridges. As you work through the game these abilities are expanded to include being able to drop blocks, vacuum up enemies and hide in bubbles to float upwards. It’s not as simple as just using the item when you need it though. Each stage has a limit on how many times that you can use an ability. It turns simple stages into progressively more taxing potential migraines. 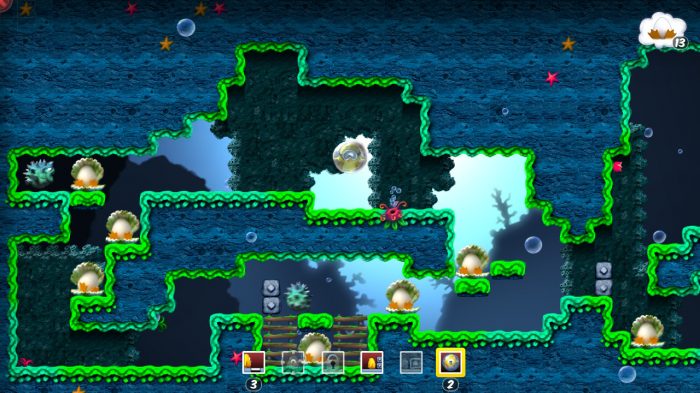 The manner and order that you utilise the abilities is key. There’s a predetermined path that you need to work out, and about halfway through the game the challenge is ramped up. It’s easy to blitz through the first world with very little struggle, but be prepared to spend a good quarter of an hour on a tricky stage as you constantly try to reconsider what you can and can’t do to find the solution.

It’s possible to get stuck within a level at any given moment so thankfully there’s a rewind button. The stages can be quite complicated so this allows for some much-needed experimentation without having to restart over and over. It feels a little out of place as it “rolls” a VCR-style rewind, but you’ll be thankful that it’s there. 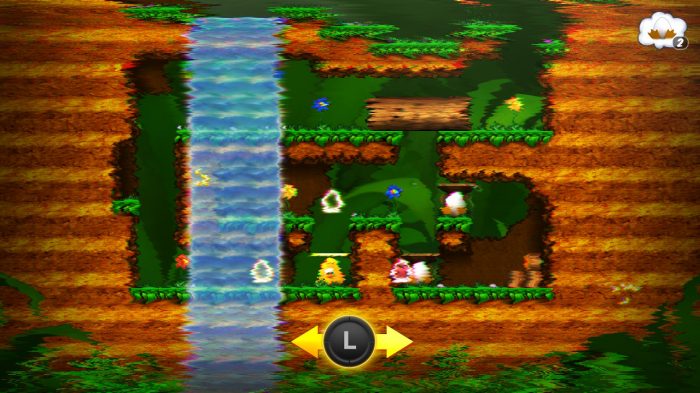 Once you’ve worked through the main stages in each world you’re also treated to some “hard” difficulty levels and a few bonus stages. Because of the linear progression, it’s considerate that these are all completely optional.

Of course, it doesn’t matter how difficult the game may or may not be. What’s important here is Toki Tori’s cuteness. He’s still the same dumpy, adorable and slightly vacant bird. The artwork carries this across well even though the beauty found in the sequel hasn’t quite been struck here. Each world is visually distinct but the levels within all use the same tileset limiting the appeal. 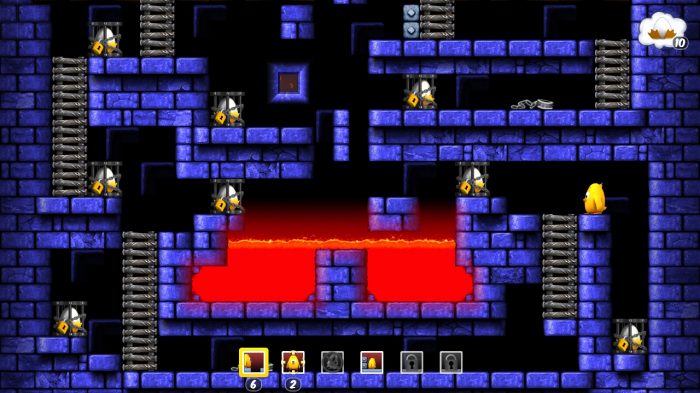 It may not be a huge game, but Toki Tori is a challenging puzzler filled with “aha!” moments. It still brings its Lode Runner-esque mechanics in the form of single-stage problems. Some may want more, but this is an unashamedly tough, pure puzzler.

Toki Tori is a great puzzle game in its own right, only shadowed by its improved sequel. But don’t let that put you off. If you enjoyed Toki Tori 2+ then don’t think that you’ll be playing with an inferior version of the same game – but instead a different twist on the same core principles.