Donnie has demonstrated his Turtle Power and won the final TMNT Splatfest.

After three fierce rounds of Splatfest action over the course of three weeks, the first rounds of which saw Raph face off against Leo and Donnie against Mikey, our champion Hero in a Half-Shell has finally been found – and it’s Donnie, or Donatello as he is formally known.

This came as a shock to many, after Raph (Raphael) yet again won the popular vote, but the statistics don’t lie: #TeamDonnie players won 51.89% of the solo battles, and 50.98% of the team battles. 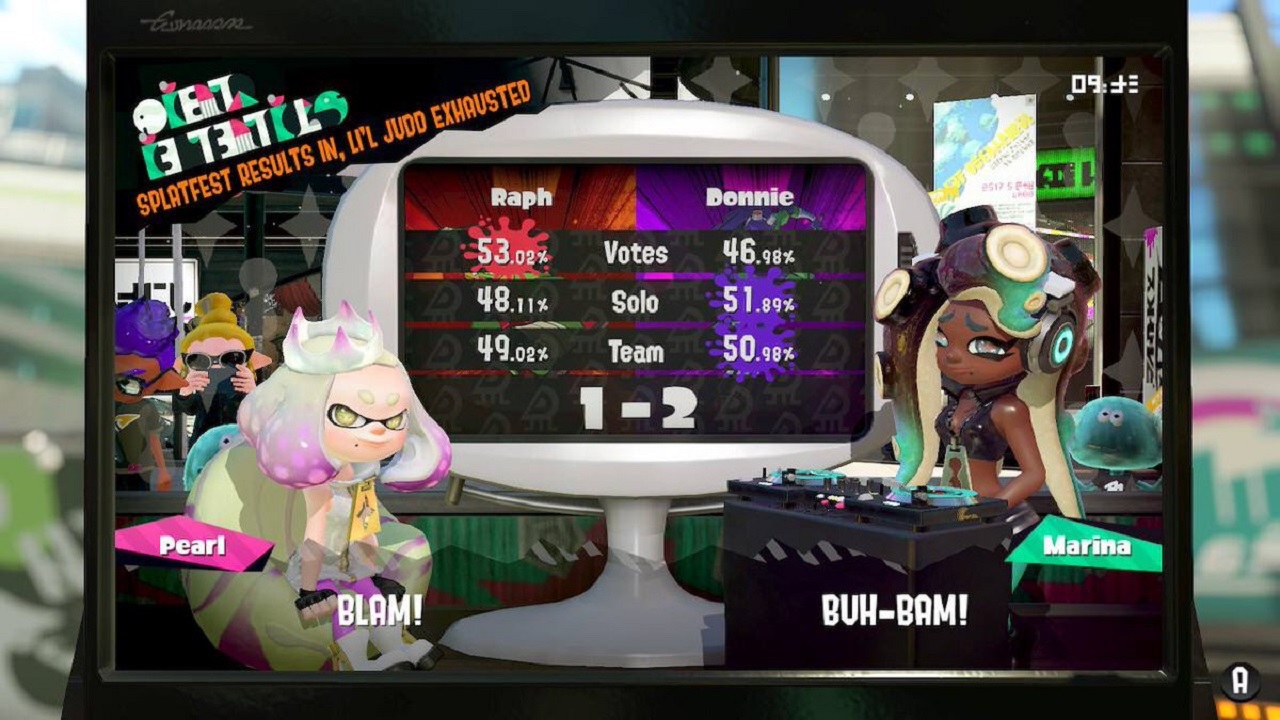 Personally, I was #TeamRaph all the way (even if it DID mean siding with Pearl) – but what about you guys? Were you expecting a purple victory? Did you choose Leo or Mikey and get eliminated right off the bat? Let us know in the comments which side you chose, and stick with us for all the latest updates about Splatoon 2!