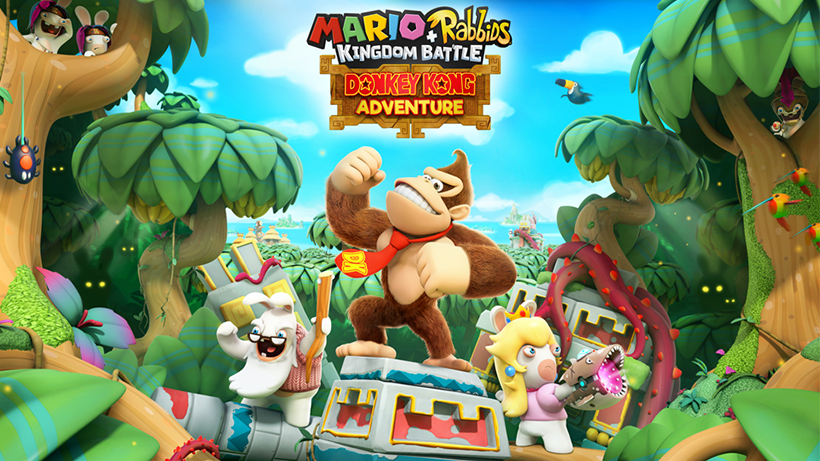 Mario + Rabbids Kingdom Battle is getting that long awaited story DLC and it features the great Kong himself.

Titled Donkey Kong’s Adventure will take place on the home turf of Donkey Kong as Rabbid Kong and others invade. Donkey Kong will team up with Rabbid peach and Rabbid Cranky to kick the pesky Rabbids to the kerb. Throughout the adventure you’ll visit various themed zones such as the Lagoon, Reef, Jungle and more. Ubisoft reckons that there’s around 10 hours worth of content to enjoy here so there’s plenty to get your teeth stuck into. You can check out a short trailer for the expansion below.

Of course the stars of the show will be a main attraction for many and there’s plenty to take in between Donkey Kong and Cranky Rabbid. Donkey Kong comes equipped with the Bwananarang which can hit multiple foes at once, to accompany this is the Ground Pound which deals serious damage to those who dare get close to DK. Ability wise DK has Hairy Eye (similar to Mario’s Hero Sight) and Magnet Groove which busts out the bongos and lures enemies in. DK will also get a special ability truly unique to him, utilising those impeccable muscles DK can grab objects around the battlefield and hurl them at foes. 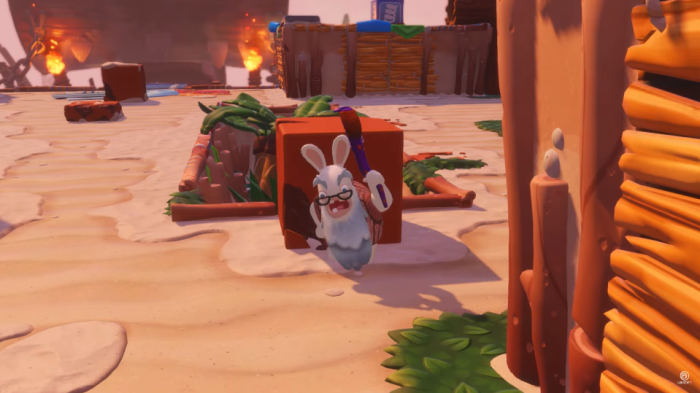 Cranky Rabbid on the other hand wields his a special cane called the Boombow which is a devastating close range wide spread weapon, for those foes a little farther afield is the Barrel Bolt which fires a single shot into a small area at a distance. Cranky Rabbids abilities are equally impressive, the Long Story ability puts enemies to sleep, useful for getting the jump on enemies. Stink Eye works similar to DK’s Hairy Eye and last but certainly not least Cranky Rabbid has the ability to fire his Boombow whilst jumping in range of an enemy. Rabbid Peach will also be getting a few new goodies to play around with though fear not the Rabbid Peach we know and love will still carry over her blaster and sentry from the main game.

The expansion will continue to play with the Kingdom Battle formula in other ways too with new arena hazards such as water fountains that blast you out of position to new ramps that DK can utilise to cover large distances. Add to this some puzzle elements and there’s plenty to go bananas over in this new expansion. There’s no firm release date for the expansion other than June but with E3 right around the corner I wouldn’t be surprised if Ubisoft dropped the expansion during their press conference or during the Nintendo Direct. Ubisoft have posted a short Q&A about the expansion on their YouTube which you can check out below.

What do you think of the new expansion? Looking forward to going into battle with DK and Cranky Rabbid? Let us know in the comments below.

Mario + Rabbids Kingdom Battle Donkey Kong’s Adventure will be out this June, you can check out what we thought of the main game in the meantime here. Stay tuned to the Switch Player for more information as we get it.