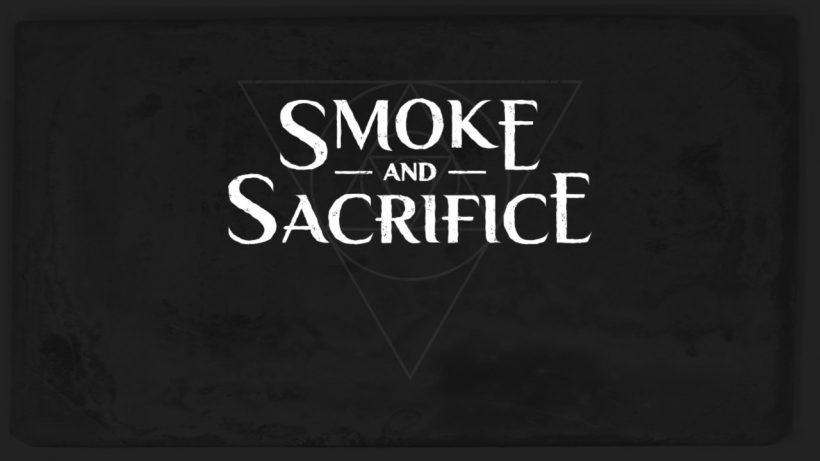 Busy work in a smokepunk world.

The best survival games are notorious for its addictive gameplay loop. On this genre, even the smaller activities seems valuable, because every single material is useful to craft better equipment, which increases your odds of survival. However, these games usually lacks a bigger motive for you to do all the collecting and crafting. Smoke and Sacrifice takes the formula and tropes of the survival genre, and justifies the busywork activities with a narrative about a childless mother fighting her best on a mysterious and gruesome world.

It all starts when our protagonist Sachi is obliged to sacrifice her firstborn child to the Sun Tree, at the sake of the prosperity of her entire village. Appalled by this atrocious act, the mother has to deal with this burden by herself, as she watches her son disappear under the effect of a lightning machine. The village isn’t safe for long, though. Regardless of Sachi’s sacrifice, the light that protects the village fades away, and monsters starts to roam around. In midst of chaos, a stranger helps Sachi and she is teleported to a dangerous underworld she knew nothing about. Sachi’s journey through this bizarre world is driven by her desire to uncover the reasons behind the Sun Tree god cult – as well as trying to discover what happened with her son. All these mysteries will slowly unveil as the player explore the expansive underworld of Smoke and Sacrifice. However, it won’t be easy. During half of the time, the place is filed with a poisonous smoke, so Sachi needs to prepare herself for the task. Therefore, here comes the game’s always-present busywork craft system.

As you explore the place, you can learn new recipes by talking to NPCs, completing quests, or using certain items on objects scattered through the map. These recipes will be displayed on a menu and you can build most of them at any time, as long as you have the required materials. My main concern with this system resides in how and when the game requires certain items, and how fast is the equipment degradation (which doesn’t happen only when you take damage, but also when you’re using them on a hazardous area). 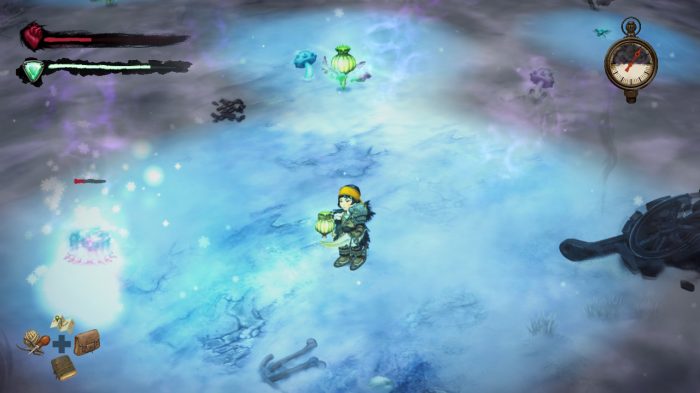 In order to create this new gear you’ll have to exploit Smoke and Sacrifice’s world. Combat takes place in a simple but very competent manner. You have buttons to dodge and attack. Each enemy will have its own behavior, though, so it is important to learn the best moment to be aggressive. To add more complexity, you also have other tools at your disposal. Some of those, such as stun and freeze grenades, allows you to collect different materials from enemies. The most busywork aspects of the game come from this. To craft certain items, you must collect items from stunned enemies. You’ll only be able to stun them with an specific tool, which again needs to be crafted, and demands certain items.

If you can put aside the more repetitive aspect of Smoke and Sacrifice – or if you’re simply looking for a good survival game – then there’s a lot to uncover on this strange little title. With tons of content to offer, Smoke and Sacrifice provides an oppressive world to explore, all built with its unique art style.

Smoke and Sacrifice takes the gameplay loop of survival games and adds meaning with a poignant narrative. It presents a unique and oppressive world to be explored and exploited, but a repetitive and busywork crafting system strips part of the fun.