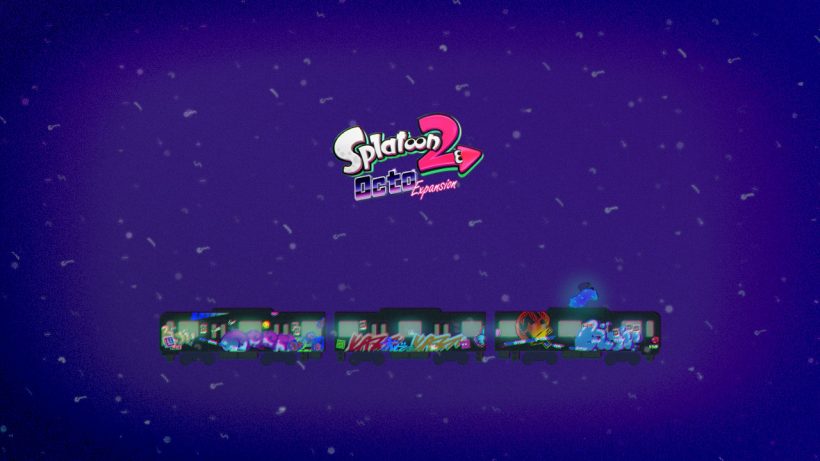 Not so hidden through the Splatoon games is a lore about a post-apocalyptic world where the sea has risen and aquatic life has evolved and waged wars for dominance of a resource-stripped planet. Octo Expansion tells an alternative story, drawing heavily on 80’s and 90’s pop culture and weaves it through crazy, imaginative and taxing levels. 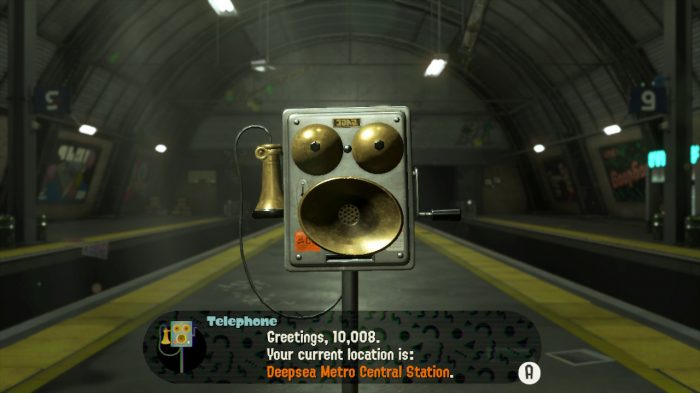 You awaken in a hidden underground tube network and are soon introduced to Splatoon’s mentor Cpt Cuttlefish. As an Octarian with no memory of how you’ve ended up here, you team up with the Captain to take on a series of isolated test rooms. These are like a cross between Breath of the Wild’s shrines and Portal’s test chambers. Each test has a different objective and it’s completely unlike any of the single player campaign levels that you may have already played.

The variety of these levels is remarkable. You jump from stages inspired by Space Invaders, Breakout, pool and picross all mingled with ink saving stages, ball rolling and tower defence. The single player campaigns so far are a series of “get to the exit” fares, so this expansion feels almost like a new game. 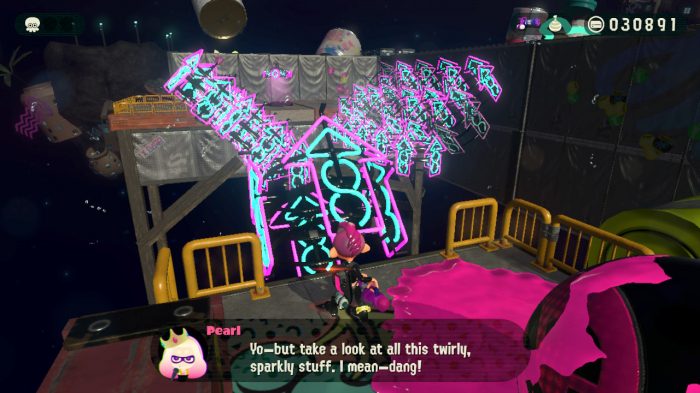 Don’t think that you’re going to get it easy though. All of your skills that you’ve honed from your numerous turf wars are required as you explore several tracks to find the four “thangs” that will lead you to the promised land. The tests will have your heart beating fast as you inevitably find yourself just scraping through on many, many occasions.

As you best stages, you find new underground lines are revealed. You need to find these lines to fully explore the underground network and complete your objectives. It’s essentially a map screen that allows you to select any level that you’ve uncovered during your journey. This avoids the need for any particular difficulty curve. Thankfully the Splatoon team have you covered if you find it too difficult. After repeated attempts of the tests, you can pay to skip it if it’s causing too much trouble for you. If you do this, the level is marked as skipped and you won’t achieve the secondary goals of Octo Expansion. Each underground line that you complete will unlock a new piece of Octoling-themed gear for use in the main game. 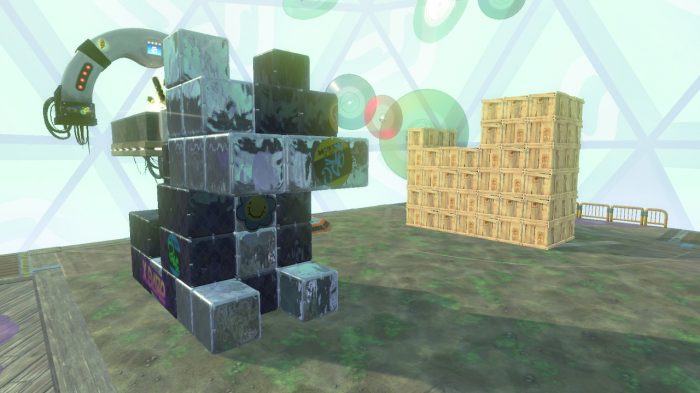 You’d be forgiven if you think that this is just a collection of new stages for Splatoon 2, but the expansion offers up a fresh story with additional stages and a new story arc. It’s bonkers how the story plays out really, but it’s a hoot along the way. There’s easy 10 hours of content here, plus other fringe benefits. You also get to unlock new gear to use in your online games, and once you complete your adventure you can also compete as an Octoling alongside the established Inklings. Inkopolis is a brave new world thanks to your efforts! 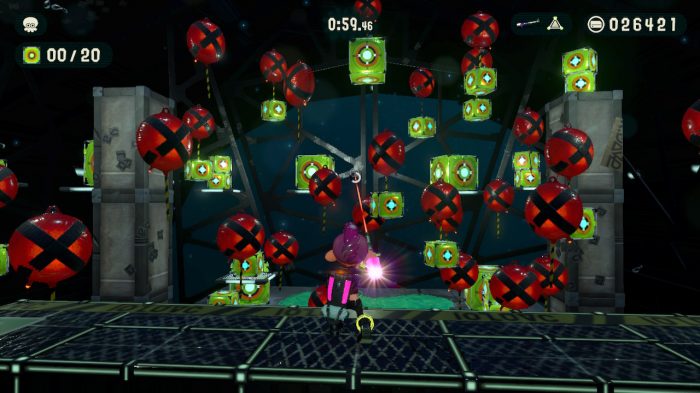 If you’re sitting on the fence about the price, just remember how DLC was added to the original game. You needed to buy amiibo that would let you replay levels you had already beaten with alternative weapons. It would unlock a set of gear and a retro-style game for each model. That could be quite costly for what is essentially a great deal less content.

Splatoon 2: Octo Expansion serves up something that is satisfying, challenging and entertaining in equal measure. It won’t redefine the core game, and you’ll probably finish it in a week, but it’s joyous exuberance more than makes up for it. A must for any Splatoon fan.